There were many children in the screening that I attended for Chris Columbus’ new summer tentpole Pixels. And it didn’t take long for them to get restless.

The story concerns four ex-videogame champions (Sandler, Kevin James, Peter Dinklage and Josh Gad); in the 1980s, Sandler lost a legendary videogame contest to Dinklage, and afterwards a VHS recording of the competition was sent into space. Aliens somehow got the tape, and mistook it for a threat. Having plotted their revenge for years, they now finally decide that it’s on: Humans vs. Aliens in a battle for world supremacy, with the visitors taking the forms of Pac-Man, Donkey Kong et al. Sandler and company then must use their gaming skills to defeat the invading extraterrestrials.

What a strange (and not necessarily in the good way) concept. At one point in the middle of the film, a child behind me started asking his mother if he could leave and get some Dr. Pepper. I sympathized with the kid, as I think I would have been bored too at his age. A Chris Columbus/Adam Sandler movie is more for parents than for kids.

I tried to imagine if, growing up in the ’90s, I would have liked a movie from the director of Chitty Chitty Bang Bang in which Gene Wilder has to stop CGI-enhanced Hanna-Barbera characters from taking over planet Earth.

Maybe, if it had been well-made. But the problem with Pixels is that it tries so hard to be both a nostalgia piece for adults and a big-budget summer extravaganza for kids that it doesn’t really work as either. I seriously doubt that the children watching the movie – with its references to such video games as Paperboy and Rampage – were enjoying it like they did, say, Wreck-It Ralph.

And for adults, the tone of the movie is just too soft. I couldn’t help but imagine a different version of Pixels that played to the age of the characters in the movie rather than to a younger mass audience. If the film had been made for a lower budget, or were reminiscent of the midnight movies made in the era that it so fondly remembers, or even if its humor were a little edgier, Pixels could have been really fun. (Or if it had been made in 1989 by Joe Dante.)

Also, Pixels might have had more impact if its makers had any interest in taking the characters seriously. There’s actually a great image in the opening of the film: Young Sandler and James’ characters walk into a brand-new arcade for the first time, and the scene has a magical quality to it. It’s surely how I must have felt the first time I walked into a movie theater, and still mostly do. But that’s the last moment like it in the film, and I wish there were more of that kind of heart.

The movie is supposed to be about four friends living in the shadows of their glory days, and there’s emotion and pathos to be had in that. But they are jettisoned for ’80s references posing as jokes and loud 3-D action that just isn’t that original. Home Alone and Harry Potter helmer Columbus does give us a few decent set-pieces, including a car chase involving Pac-Man that takes place in NYC. But you never really feel the danger of the villainous aliens trying to destroy the world, because how scary can Frogger really be? And a globe-spanning plot featuring attacks on a slew of major cities all over the world is now pretty standard for every big-budget alien-invasion movie.

Another strange aspect of Pixels is its style of comedy. The movie, much like 2009’s Land of the Lost remake, has a “who is this movie for?” problem. There is both a gag about Q-Bert peeing himself and a Happy Gilmore-esque joke about a three-way between Peter Dinklage’s character, Martha Stewart and Serena Williams. Neither laugh really lands, though.

The actors have a tough job with a concept like this. I grew up a Adam Sandler fan because of SNL and Billy Madison and I still want to root for him, but it gets harder every year. Here he actually seems to be trying sometimes, however he’s once again playing same kind of ’80s-obsessed loser turned champion he’s been doing since Billy Madison.

Though Josh Gad is committed to the goofiness of the movie and works hard for his money, I couldn’t get past the fact his character is supposed to be the same age as Dinklage, Sandler and James, who in real life are 46, 48 and 50, respectively. Josh Gad is 34. Even during a film in which Navy Seals have to fight Galaga, I just couldn’t suspend that disbelief. On that same subject, Kevin James plays the President of the United States in this movie. Yes, you read that right. He was Sandler’s best friend growing up before somehow becoming the most powerful man on the planet. In all fairness, though, James’ character’s quest for respect in the eyes of world gives the movie the closest thing it has to a decent character arc.

It doesn’t help Pixels’ cause that it’s arriving on the scene a week after Ant-Man, an effective tentpole that blends CGI action and light comedy and plays well to audiences both young and old. Unfortunately, Pixels is another reminder of just how hard that is to do. I just hope for that kid’s sake, he was able to get some Dr. Pepper and watch Wreck-It Ralph again… 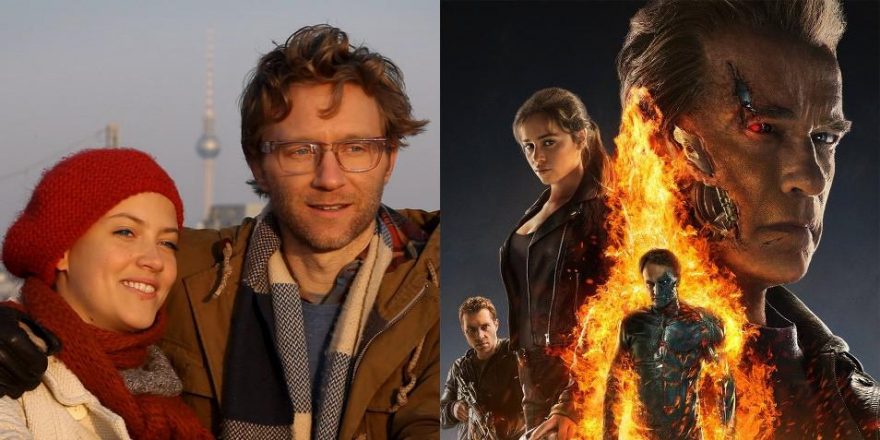