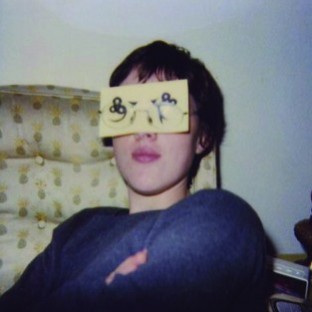 Today is #TransDayOfVisibility Baltimore Safe Haven is an essential organization that supports the survival and h… https://t.co/ZcnQd8VC8r

Jana Hunter (from Houston, TX) is an American Lo-fi experimental songwriter and musician currently based in Baltimore. Previously she founded the Houston band Matty & Mossy and later, in 2009, she formed Lower Dens and, in 2010, toured the USA with Future Islands. She is signed to Gnomonsong, a record label run by Devendra Banhart and Vetiver's Andy Cabic. Her solo debut album Blank Unstaring Heirs of Doom was the label's debut release. She later completed her second album "There's No Home" as well as "Carrion EP". While in Texas, Hunter founded and played in the Houston band Matty & Mossy with Heath Flagtvedt, Matt Frey and John Hunter. Their album, Fraimers Haimey, was recorded in Athens, Georgia with Chris Bishop and released on Fleece Records. The album reached #1 on the radio charts of KTRU-FM and KSPC, and songs from the album were used in the soundtrack of Andrew Bujalski's films Funny Ha Ha and Mutual Appreciation. In 1994, when Hunter was 16, she was violinist in the Greater Youth Orchestra of Fort Worth (Texas.) This quickly and naturally led to smoking cigarettes, hanging out in a VW Van and joining local hippie band McGillicutty. Hilariously, this group soon disbanded due to creative differences, and Hunter began in earnest the pursuit of solo writing, performing at local open mics and house parties. Arlington, TX (Jana's hometown) is a depressing place, and Hunter took that sentiment to New York (1996) and eventually Houston (1998), writing dark, severe and beautiful songs that more and more reflected a paranoiac view of the world. These were shared for the most part with a few friends, occasionally in the guise of rock songs in her now-defunct band, Matty & Mossy, and eventually, at a few shows in Houston, opening up for touring bands. A show in 2003 with Devendra Banhart, led a year later to Hunter's inclusion on his Golden Apples of the Sun compilation (Bastet). In 2005, Devendra and Jana released a split vinyl album on Troubleman Records, followed quickly by the release of Hunter's debut solo album, Blank Unstaring Heirs of Doom, in October of that year on Gnomonsong. Since her initial release, Hunter has repeatedly toured North America and Europe, joined forces with Castanets as their sometimes touring bass player and vocalist, guested on albums by CocoRosie and Metallic Falcons, played at the Banhart-curated All Tomorrow's Parties, recorded a soon-to-be-released album with a new band, Jracula, and prepared a split release with her fellow Houstonians, Indian Jewelry. Hunter has also appeared on the following compilations: The Enlightened Family (Voodoo-Eros), The Black and White Skins (Les Disque Du Crespuscule), Furniture Record's Sheets of Easter Everywhere singles series, and the online lullaby collection from Blogupmusique.com. ...Heirs of Doom was re-issued in a very limited run as a double cassette on Fuck-It Tapes in June, 2006. Hunter, in a fit of drunken ingenuity, helped devise a plan to tour by sea. Along with friend Red Hunter (Peter & the Wolf; no relation), Hunter charting a late summer tour for 2006 along the Intracoastal Waterway from New York City to Norfolk, VA., in a sailboat. Good friend and former WFMU staple OCDJ skippered his own vessel, and Ray Raposa (Castanets) completed the bill. Read more on Last.fm. User-contributed text is available under the Creative Commons By-SA License; additional terms may apply.

For five minutes and 21 seconds, "Sparks" creates a universe where you don't have worry about all the nonsense and you can just...live.
Future Brown bring disparate sounds and people together on their pristine, powerful debut.
The new album by the elder stateswoman of early '70s British pastoral-pop is a quietly defiant rebuke to a lot of things.
Not many people need to write songs anymore. Most of us (humans) just need some kind of validation of the self, and everyone knows that being in an...
This is a record I want to like. I've felt this way a lot about King Krule. I like Archy Marshall, the little I know of him via his public presence.
Listening to someone else take what is more or less a familiar palette (guitars, drums, synths, but no vocals) and effectively express something...