When I think of one of the most anarchic albums of all time, my mind strangely wanders to a goofy, tourist-filled sunflower field. In the throes of the pre-vaccine pandemic, all my wife, Brenna, and I could do was drive endlessly through the countryside (a time I detailed in my Talkhouse essay about Neil Young’s Silver and Gold). But a few months into the endless road trip, our conversations grew darker.

What we noticed was that the rah-rah “We’re all in this together” messaging had given way to something uglier: information clampdown and a sea of shrieking, masked avatars. Somewhere between the edge-of-your-seat COVID death ticker, the “Fiery but mostly peaceful” chyron, and the spike in petty Twitter cancellations, the world felt smoothed over, like a ball bearing. Stick out and be ground down, culture seemed to communicate.

That’s why we wanted to throw our computers in the ocean and see some sunflowers on a glorious day — but our hearts sank. What should have been a cost-free excursion was $15 a pop and a parking fiasco, flooded with yahoos taking influencer selfies. Given that everything felt like a tiresome lecture already, this gatekeeping of God-given beauty felt like rat poison to the soul. Not everything can be streamlined, I thought. Not everything can be monetized.

So we pulled a U-turn, kicked up dust, and cranked up an album that feels liable to shake apart at any moment: The Fall’s Hex Enduction Hour, which turns 40 this month. After maybe a hundred listens, we’ve declared it to be one of the greatest rock & roll albums of all time — but it cuts even deeper than that. Hex — as we call it in shorthand every time we need a dose — fulfills the definition of the word. More than any other album in our lives, it’s become a spell against uptightness, self-consciousness, and what’s become a mass, pathological need to constantly be upset and angry.

I first got into Hex back when we lived in Queens. During commutes to my old internship at Billboard, when I felt like my train was about to derail, I fell in love with “Jawbone and the Air-Rifle.” The surf-rocky main riff reminded me of 13th Floor Elevators’ “Roller Coaster; it felt like an invitation to a knife fight. And when it lurched into the wonderfully nauseating half-time section — with “singer” Mark E. Smith reporting his outlandish lyrics like a freight conductor — it felt legitimately dangerous. This music made me feel alive.

When we moved out of the city in 2019, I kept that exhilarating feeling in my back pocket. And during a miserable period when 24-year-olds quote-tweeted the CDC and, overall, acted like insufferable church ladies, Hex worked like a charm. When the internet became an unbearably arid place to be, we simply put on opener “The Classical,” and within 20 seconds, all the elements were there. The double-drum-kit attack and the often unprintable, Nazi-skewering lyrics were a reliable balm for our agitated brains.

But the first two tracks aside — seriously, has there ever been an opening salvo like “The Classical” and “Jawbone”? — there’s not a weak song on Hex, and so many outlandish artistic choices still make Brenna and I cackle with delight.

Why did they kill the hurtling momentum on track three with “Hip Priest,” a mishmash of mumbles and guitar meanderings seemingly stuck in first gear? How does the cowbell on “Mere Pseud Mag. Ed.” go so hard? Why are there gurgling orcs on “Who Makes the Nazis?” How did all this chaos produce a ballad as hypnotic and beautiful as “Iceland,” which features a recording Smith made of wind against his bedroom window? And so on and so forth.

Now, I’ve grown to love lots of Fall records — sometimes, I’m more in the mood for Live at the Witch Trials or Perverted by Language or Imperial Wax Solvent. But as terrific and idiosyncratic as they are, none of them hold a candle to Hex Enduction Hour, in my opinion. Brenna and I have tried to figure out why this is. Maybe they just needed two drummers at all times for maximum impact. Or maybe it was just a case of right place, right time — it hit us hard when it needed to

Whatever the case, Hex Enduction Hour is a zonked universe I keep returning to when I don’t feel like being pushed around, or mentally policed, or shamed into subscribing to someone else’s thinking. It’s also infected my music-making: My default is melodic, folky power-pop songs, but lately, I’m working on a rather demented project called Mouser, where I’m trying to choose the ugliest chords, the most hypnotic rhythms, and the most smothering atmospheres.

Most of all, Hex just gives me a boost of creative affirmation — the feeling that there are still dangerous and thrilling unknowns in the world, and that my generation isn’t doomed to molder in bed, smoke weed, watch Netflix, and hate the president.

Everything’s pretty much back to normal now, but Brenna and I still have our trusty playlist when we’re headed into some excruciatingly stifling social situation. First, we put on Captain Beefheart’s “Frownland,” where Don Van Vliet explains that his heart and soul are limitless — and that you can’t wipe the grin off his face, no matter how dismal things get. And then, we put on you-know-what. 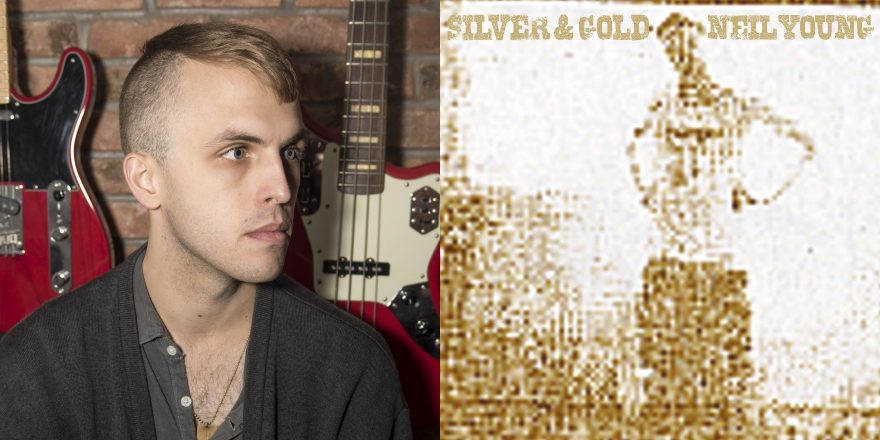