I consider myself merely a mid-level fan of the Fall. I do own and love seventeen of their albums — it’s just that I’m still missing fourteen other studio albums, not to mention all the live albums. So I’m a dabbler. Sure, I’ve read all the books. The Big Midweek: Life Inside the Fall (2014), by the band’s former bassist Steve Hanley (along with Olivia Piekarski), is probably my favorite. Fall figurehead Mark E. Smith’s own Renegade: The Lives and Tales of Mark E. Smith (2009) is the funniest, although not very informative. The Fallen: Searching for the Missing Members of the Fall (2008), wherein journalist Dave Simpson interviews almost all the band’s many, many former members, is OK, but if you were to play a drinking game and do a shot every time he writes the phrase “the wonderful and frightening world,” you’d be legally dead mid-book.

A true top-tier Fall fan has seen the band in concert dozens of times over the years. I, sadly, have only seen the Fall once, in 2004. Smith spent the majority of the show folding and unfolding a bar rag at an onstage table. When he wasn’t doing that, he was messing with the amp levels. (What singer hasn’t dreamed of pulling that ultimate dick move?) What can I say? It was utterly compelling. So the capital F Fall Fans will probably scoff at my thoughts on the group’s new album, Sub-Lingual Tablet, as the witless opinions of a youthful apprentice. On the other hand, folks who haven’t been infected with this particular form of obsession will think I’m just a fat, elderly saddo with too many books and CDs from a long-running English post-punk band. You just can’t win in this wonderful and frightening…etc.

First off, I’m writing about the CD version of Sub-Lingual Tablet. Apparently the vinyl has completely different mixes and lengths for the songs. From snooping around online, I have gathered, from a smattering of reviews, that the vinyl version is either a true masterpiece or the audio equivalent of the dog’s breakfast. To make matters more confusing, some of the songs have different titles on iTunes. Understanding what it all “means” isn’t necessary. Even understanding what Smith is yammering about most of the time is a challenge. (Websites such as the Annotated Fall offer some light in the fog.) But if you want to properly get into the Fall, you need to embrace the obfuscation and murk.

Sub-Lingual Tablet begins with three songs that capture perfectly what I love about the Fall. “Venice with the Girls” is all musical muscle: the kind of slightly off, mutant garage this iteration of the band has mastered. The lyrics were apparently partially inspired by an insipid travel commercial, but warped by Smith into something that sounds ominous. Fall lyrics that take the mundane and creep it out are the best. Second song “Black Roof” (or “Black Door” if you go the iTunes route) is the kind of bizarre mass of inexplicable words and stranger music that they used to pump out decades ago on the regular. It’s over far too soon. The third, “Dedication Not Medication,” is the kind of dance tune you’d play at a party if you wanted to confuse people with a song that might possibly be about Pierce Brosnan advertising depression medication. I like that idea. Please invite me to your next party.

The rest of the album chugs along with that same mix of dread and humor. “Stout Man” isn’t much of a song, but it does have Smith gargling about “a fucking fat man pushing a little pram.” Probably not “essential,” as a boneless music critic might say, but I laughed. “Pledge!” is probably the only song on here I can do without; it’s a little too long and a little too formless. It probably suffers because it comes right after the great centerpiece of the album, “Auto Chip 2014-2016.” It, too, is long (ten minutes that could go on twice as long and I wouldn’t complain) and sort of formless, but the band is on fire, and Smith delivers his best snarl.

The album closes with two great anti-technology songs. On “Fibre Book Troll,” Smith employs the actual troll-like voice he’s been trotting out for the past couple of albums to evoke a Facebook-destroying golem. “Quit iPhone” says it all in the title and sounds an awful lot like “Venice with the Girls.” But it also has the bonus of Smith bragging about his muscles, which is just as great as that sounds. And why shouldn’t he brag? The Fall still produce while other bands of their vintage are stuck on the nostalgia circuit. They still confound while younger bands traffic in the easily digestible. They released my favorite album of the year so far. Unfortunately, they will still make me feel like half a fan until I’ve heard it all, and I probably never will. 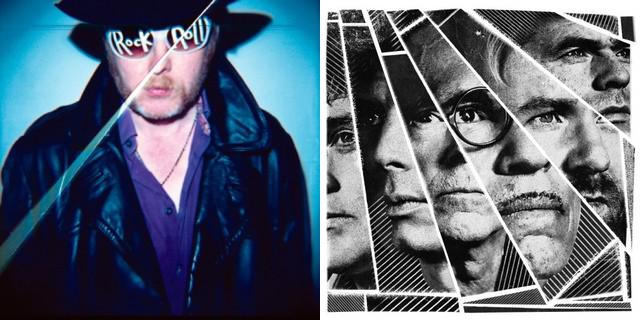