I may be premiering my first music in a year and a half via a Talkhouse essay, but this time, I don’t feel like talking about the songs.

Well, I’m going to talk about some of the music you hear, but the lyrics feel too abstract, tender and personal to deconstruct right now. For this double single, suffice to say: the first song is about my psychological state, and the other is about someone else’s. If you’re one of my three fans — and as such, are interested in paying close attention — I urge you to map what you want onto them.

So, what do I want to say about Tunneling Into Holidays, which consists of the 11-minute “Late Bloomer” and its so-called B-side, “Nobody’s Bridge”? This release — and an EP called Didactic Debt Collectors in the spring — represent something of a watershed for me.

For the first time since I recorded my first song in middle school on a tiny digital tape recorder; through the years of blown-out, Microphones- and GBV-inspired records; and up through my, er, flailings with Logic Pro X living on the East Coast; I can finally operate as a one-man song factory — writing, playing, tracking, mixing. (Still haven’t gotten to mastering; thank you, old pal Nolan Perry, for deftly handling these releases.)

Throughout most of my back catalog, the recordings — when I “produced” them, and a more experienced friend didn’t — were just raw, battered vessels for the tunes. I’m proud of a lot of the music I made in my twenties, but now that I’ve taught myself to mix and program, what I’m making right now sounds like something people might actually like to listen to. (What a concept!)

More than that, becoming able to get decent sounds out of a DAW (or digital audio workstation) allows me compositional freedom. Unbound by a four-track recorder, I can write detailed suites and add lengthy instrumental sections that move me; check out the six-minute motorik jam at the end of “Late Bloomer.”

When I used to act like a songwriting Nazi, touting John Prine and Randy Newman as be-all-end-alls of musical expression, I would tell you that truly great songs need no atmosphere nor ornamentation — nothing. Now that I’ve matured quite a bit, I’m able to recognize that the hand percussion and backward guitars on “Nobody’s Bridge” bring its emotions to the fore.

All that being said, I need to stress something right now: I’m not an experienced audio engineer, and I still have miles to go with this. I’ll probably look back on these mixes in a few years and run down a list of all the things I’d change. I still do amateur things on Logic that make my mastering engineer laugh over FaceTime.

So how can I have anything to contribute to this conversation? As I can still pass along some basic principles I learned making Tunneling Into Holidays — just more self-taught ones than you might be used to. They aren’t technical, per se; there are an infinitude of classes and YouTube channels that can teach you about compressors and signal chains. Some of those have helped me, but on the main, they’re like watching paint dry.

Rather, these are principles — skeleton keys that can make your DAW adventures more gratifying. I’ll skip basic concepts like setting up your mic correctly and not pushing your signal into the red; go Google all that stuff before you read this.

It’s also worth noting that these mostly apply to music like I make, with singing and guitars and bass and (gasp!) software drums. If you’re making EDM, god bless, but I probably have nothing to offer.

But if you’re more in my world than one like that, read on: they all fall under these three blanket concepts.

It’s hard to overstate how frustrating it was trying to work with Logic back in 2018. Without a drum kit in my Queens apartment — whose existence would have resulted in a swift eviction — software drums were a particular bugbear.

At first, I didn’t even understand that you had to set a BPM and lay down a basic click; I just attempted to play along with my $100 MIDI keyboard. Reader, it was horrifying.

And once I did, the drums seemed so… brainless. Like they were constantly, obliviously barreling away from me, and I was left to chase them down the road.

Here’s the thing, though; you can rarely, if ever, avoid using a click track, if you plan on having any discernible rhythm in your solo recording process. In the middle section of “Late Bloomer,” I decided to completely leave it, but it had to be there for the final section to exist at all.

And some kinds of songs need that strict pocket to work. I have driving, uptempo, almost mechanistic parts on Didactic Debt Collectors where the drums are completely gridded with zero wiggle room. But if that’s the case for your entire song — or album — your music will feel out-of-the-box, a preset all its own.

I can’t think of much guitar music I love that doesn’t swing in some way. So, this is my strategy for making recordings that are locked into a click yet have that slightly variable, human feeling: grid out the kick and cymbal, but play the snare manually. This is my shortcut to a rhythm with air, that feels study on its foundation, that you can pat your thigh to.

But if you know me, you know I don’t live in an apartment anymore; I live in a house. Why aren’t I offering advice about micing a real drum kit? Surprise: I still don’t own one! I’m lazy and don’t feel like meeting up with Craigslist weirdos in Jersey and this is easier!

Scrub away that software gleam.

The kind of stuff I make as Other Houses can basically be described as jangly singer-songwriter music. Boxy, overly clicky sounds do not flatter it. That’s why when I attempted “full-band” stuff early on, it sounded like third-rate Weezer as dictated by AI.

Personally, I’m not afraid of presets; I don’t even own an amp to mic right now. I don’t know what DAW you’re using, but on Logic, my approach to slightly obfuscating my use of them is: Experiment liberally, and take full advantage of virtual mic placement and amplifier settings.

Don’t be afraid to resave your file under a new name and make it a sandbox: go nuts. I still barely have an idea of what I’m doing with the above. But I’ve gotten some of my favorite sounds this way, and made my stuff less like the product of a neophyte than (gasp!) a studio.

“Late Bloomer” took about three complete re-recordings to get right; one sticking point was the snare. I found that if I threw a fake overhead mic on it for the first “movement,” and added a stereo spreader to the motorik section, it sounded almost indistinguishable from a real drum.

Oh yeah, and don’t plug in your acoustic guitar, if it’s acoustic/electric; that’s a cardinal sin of plasticine-sounding music I learned the hard way. (My excuse was that Smashing Pumpkins did it on “Stumbleine.”) If you use a clean electric guitar, like I do constantly, roll off the tone, give it an airy reverb; just get rid of that needling sharpness most of those effects entail.

Take advantage of the amount of detail at your fingertips.

I made my 2021 releases Night Classes and Twins Who Fence just as I was crossing the Logic rubicon. Opening up the workstation today, I see that they’re in the ballpark of recordings like these; they’re just a little more tentative, with way fewer tracks.

One thing I did employ — and always have — is the use of hard stereo panning. This eliminates so many ugly overtones. Try that. Maybe it’ll work for you.

But the real eureka moment came by way of subtle use of quantity: if I record dozens of vocal tracks, spread them around the stereo field, and almost completely bury them, it gives my recordings an aliveness — a sense of gravity. It helps make certain sections explode without sounding goofy.

When I set my decibels very low volume, I’ve found I can get away with a lot. Extreme flange. Cartoonish phaser. Screaming. Whispering. Muttering. These details add replay value; the reason I keep listening to Siamese Dream all these years later is that I just want to know what the hell is happening in my left speaker. (Yes, I’ve mentioned SP twice. I’ve tried to expunge them from my musical brain, but I cannot.)

Anyway, my biggest piece of advice, bar none, is to follow your ears. If something is bugging you, it’s probably for a very good reason. If you hit on something that gives you chills, hit save immediately and don’t alter it.

I get that this all probably sounds very silly from the perspective of someone with years of studio knowledge, but I’ve met too many of them who make worse-sounding recordings than me. If you’d like to ridicule me personally, you know where to find me. Anyway, headphones back on! 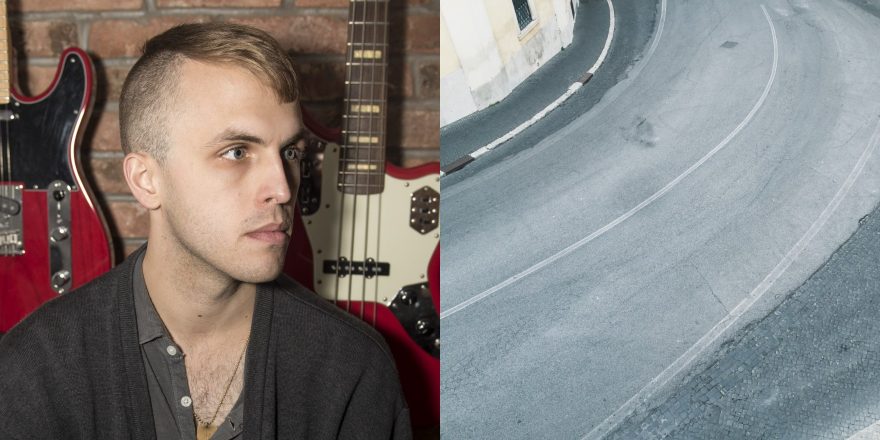 Introducing: Other Houses’ “Twins Who Fence”

Guided By Voices Have Mastered the Art of Finishing