As I understand it, people basically waltzed into the middle class two generations ago. They walked into a factory, joined a union, and bought real estate with ease. For me — a guy born between the first two Pearl Jam albums — buying a house seemed as prohibitive as purchasing an endangered condor.

The stars had to align: It took losing a parent, tapping illiquid assets, and plain old good timing for it to work. Unbeknownst to me, my wife, Brenna (formerly the Editor-in-Chief of Talkhouse Music), had been scoping out real estate in suburban New Jersey for fun. I loved our little apartment in Ridgewood, Queens, and couldn’t imagine home ownership. Even if we somehow got a house, it seemed beyond the control of two working people, like cleaning a town. Let the landlord deal with the leaky pipes.

Ever the coach for Big Life Changes, though, Brenna convinced me we could do it, and shepherded me through the process. A dozen broken appliances, a sea-salt bath bomb leaking through the kitchen ceiling, and the Sewer From Hell later, I write this to you from my slightly dated kitchen island in Hackensack, New Jersey. I’m also sharing “Twins Who Fence,” the first single from my Other Houses 7” of the same name, which comes out June 4 on Aagoo Records. (You can pre-order it here.)

Once I could actually be persuaded to check out open houses, we found several that were “the one,” only for some unknown interloper to buy it in cash the next day. However, Brenna keenly thought to scope out Hackensack, an unpretentious city with a lot of invisible history — and a quick bus ride to Port Authority. On its first day on Zillow, we found one bound by the four magic words: “For Sale By Owner.” We wrote the owners a personal letter and paid them a visit. We reminded them of them, they said.

Buying a home, whether through a realtor or directly, is pure pain. Weeks went by without knowing one way or the other, or with any clue as to how to plan the next few months of our lives. For Brenna — who had weathered a thousand “Maybe we’ll hang out tonight?” texts in her dating history — this was some ingenious new form of torture. Many days were spent frozen, unable to relax, as we scoured our correspondences with the owners for coded clues. (We pored over flower emojis as if they were the Voynich Manuscript.)

Here’s where the song comes in. Right as the sale actually went through (it all nearly fell apart at the eleventh hour when the mortgage lender misspelled my name on a form), Brenna got an interview and edit test at a prestigious publication I won’t name. For a minute, it went well — too well. Because the prospect put in Brenna’s head fantasies of an even colossally higher income bracket where we’d be the “folks on the hill” John Lennon envisaged.

For someone who had spent her first decade in Brooklyn bleating Nirvana songs in distressed clothes at karaoke, this was proof positive she could not only be an adult, but an affluent adult. One day, she scoured the hiring officer’s Instagram and found her towheaded twins — fencing.

Like in our experience buying real estate, the conversation seemed to evaporate for a while. Emails went unheeded. The mother of fencing twins had vanished. At the peak of Brenna driving me nuts about it, I decided to flip a negative into a positive and write a song. But what began life as a jangly Teenage Fanclub thing took on a new form as I began to piece it together on Logic.

“Twins Who Fence” is unlike anything else I’ve written, because I play a lot of guitar on it and don’t sing a whole lot. I gingerly wrote the solo after listening to a bunch of Richard Thompson and Doug Gillard, trying to replicate their senses of space while recontextualizing the tonal center into an Eastern thing. Today, it sounds nervous and striving to me. We push the pen for them. But by now, life’s opened up. Brenna got an even better job as Senior News Editor at Rolling Stone. I’m a Staff Writer at GRAMMY.com. Our post-work conversations are consistently interesting.

I can’t say if I recommend owning a home. It’s not in the cards for everyone. It certainly wasn’t for me. The threat of economic catastrophe is real. Things I never imagined would go wrong with this place have gone wrong. Even in uneventful times, I’d walk to lunch down the sleepy side-streets just panicking about what could happen next. However, I feel groovy right now — partly because in those desperate times, I decided to let the guitar do the talking.

money
Morgan Enos
Other Houses
track premiere
How Horror Movies and Rave Culture Made Me the Filmmaker I Am Today
Who is Take Out Girl? Or, How I Found a Way to Show Vulnerability and Accept Myself Through My First Feature 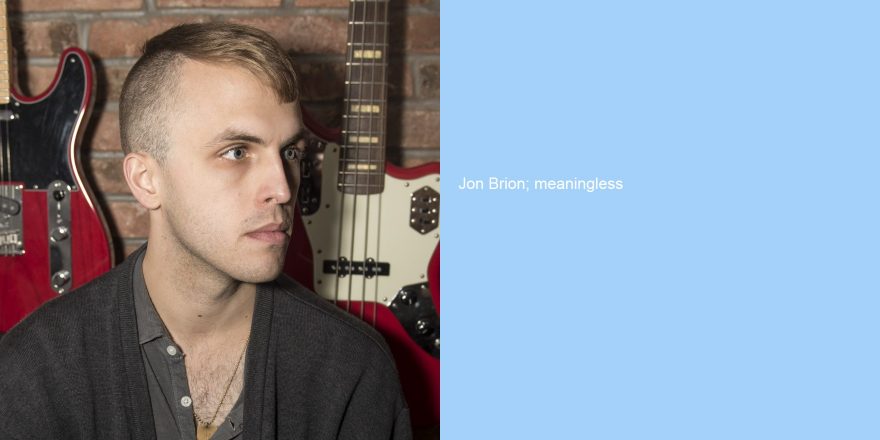 Every Day, I Try to Sing Like Jon Brion 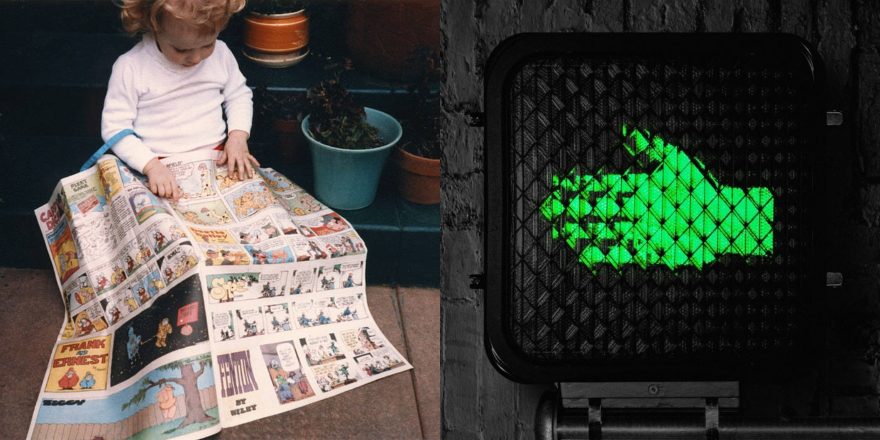 The Raconteurs Are Teaching Me How to Chill