I just got back from a run. I’m sweaty, should probably shower, and already wiped a few beads of sweat off my laptop trackpad. But now is the best time to write. My heart still beating a bit too much, my attention completely focused, the words flowing out of me.

What is it that so closely connects running and creating? It’s the endgame: an out-of-body experience that one can only attain by pushing through resistance. That takes the form of the pain you feel when running, and the mental frustrations in creating, and how when you overcome them you can reach a Zen-like, blissful state of focus.

My fellow avid runners go on and on to non-runners about the feeling of a “runner’s high” and how powerful it can be. And when I’m creating, that same high happens when I’m doing my best work, when it’s like everything connected in me flows onto the page. And the more I run, it’s like something has been unlocked in my everyday life. Ideas fly into my brain at the most random times and become something unexpected.

Some would argue that meditation and yoga can achieve similar results, and I’m sure they can. But there’s something about finding stillness and calm while moving forward through pain toward a concrete destination that’s so different for me. It’s knowing there is a literal end in sight that makes it more rewarding, both physically and mentally. The trap in all of it is thinking about that finish line, thinking about being done with your film or being done writing a book or done doing whatever challenging thing you’re doing. If your brain is ahead of you, you’re not truly working. You’re anticipating. You’re distracted.

I used to hate running. I loathed it. The quarter-mile circle of hell that we all know as a running track was an awful place. In high school, I gave track and field a try. I was fast on the soccer field, after all. However, the experience of running with others, waiting for a gun to go off in blocks and feeling the intimidation of a competitor’s flashy neon sprinter spikes sent my blood pressure spiraling and heightened my anxiety levels.

Not only was the pressure of beating someone else to the finish line completely overwhelming, I also just didn’t get anything out of it. It all made me feel like I was never good enough. Competition with others in running and art is an absolute killer if you’re trying to reach that Zen-like state. When we’re focused on others, we can’t fully escape within ourselves. We can’t free our subconscious.

The first few miles of a run are often painful. Today’s run, four miles, started with two agonizing miles during which my legs felt like lead. After I pushed through, I flew home. In creating, too, it’s all about getting going, doing a warm-up, pushing yourself through those first few minutes when the inner voices are telling you nothing good is coming out, when you feel like you may never reach a creative breakthrough. I don’t love every run. I don’t love every time I sit down to try and create something. But I always, always, always lace up and go.

Suffering and frustration are critical in creating and running. They are unavoidable. You need to face these things head on and think about what’s on the other side. There is value in putting yourself in uncomfortable situations. I believe that in order to experience total freedom creatively, you need to have been through something on the opposite end of the spectrum. You need to cozy up to suffering. It’s like there’s this layer within you that resists you reaching the subconscious, and right before you hit it, everything in you fights back. Your brain wants to think, it wants to protect you from doing something stupid, potentially, from hurting yourself, from embarrassment, from failure. Keep going and you’ll plummet further, beneath all that.

Accept that the first draft of your screenplay will not be the end result. You are not at the finish line yet. Accept that this is a long process. And put one foot in front of the other, one keystroke at a time.

I eased myself into running. I didn’t immediately dive into the world of black toenails and blood blisters the size of small clementine oranges. But this past May, I completed my first ultramarathon in Upstate New York, a 50-mile race up and down a mountain. Rinse and repeat. It was miserable and amazing.

It rained the entire 9 hours and 33 minutes it took me to run, after which my body completely shut down to the point of barely being able to ease myself into the seat of a car. I discovered that my waterproof jacket was actually only water-resistant, I battled stomach issues early (I’ll spare you the gory details) and my body shook uncontrollably at every rest stop, as I fought off hypothermia. My feet stopped working around mile 30 and I hobbled and walked and ran until something in me came alive again. I actually thought I heard my late father’s voice tell me to “Go! Go! Go!” and I powered through the last 10 miles to finish, not stopping to walk again.

There were times during my almost 10 hours of continuous moving through the woods alone that my brain reached some kind of alternate state, where I felt effortlessly connected to myself. It seemed that because I felt such intense pain and continued forward, anything was possible. Runners often have mantras, and I kept mumbling to myself in my head, “Be here now, be here now,” trying to focus on the moment rather than the gargantuan task at hand.

After doing this for who knows how long, my mantra shortened to “here now,” which eventually became “erenow,” which eventually became sounds and monotone, a droning rhythm in my brain. I didn’t judge anything. I didn’t have the energy. Something happens when you’re broken down. You become incredibly aware of the world around you and in you all at once, flowing in and out, without obsessing over your thoughts about any of it. You’re living on instinct, breathing when you need to, one foot in front of the other, as you’ve been doing for however many hours and counting, and the voices in your head, whatever they may be, are there, but distant.

Even if just for a moment, after breaking through your own resistance, you feel you have some kind of simultaneous control and lack of control over everything. You give in and continue. Whatever happens will happen and you stop worrying. How can it get worse than it’s been?

And there’s a magic in giving in. I’d use the word “happiness,” but we’re too focused on that concept. People are obsessed with being happy. It’s not about being happy, it’s about reaching a deeper state. It’s an openness, a peacefulness, an acceptance, a full relaxation. My frustration is just a thing happening. I have a blister, my feet feel like rocks, and I’m uncontrollably shivering, so what? I’ve been writing nonsense garbage for three hours and I have another draft due to my producers in a few days, so what? Those things are happening to me, and I can continue. And as I continue, I stop thinking about them as roadblocks. They just are. And I’ll get through.

This feeling, this high, this alternate runner’s trippy state translates directly into things I create, especially when I’m training and running distances. I feel like I can train myself to enter this state after a warm-up, after a free write, after writing for hours. I write instinctually when at my best, where the usual judgment and the voices in my head are not there.

And now, running almost every day, my best creative ideas come while on runs. It’s strange how I can run and see unmade movies in my head. I can think of lines my characters will say, specific shots and feelings evoked by images. It’s instinctual and I often discover the reasons behind these choices later, when people read my scripts and give me feedback, or in working on an edit, or going through shots with a cinematographer. It’s like I’m dreaming while moving, and translating those dreams into art.

I love reaching that free state, but it certainly isn’t easy. I have to push through distractions, demons, voices and pain.

I’m not sure how many more ultra marathons I’ll run, or what my breaking point is. But there’s no more incredible experience than feeling that transition between being trapped inside yourself, unable to focus on anything but pain and doubt, to being truly free of these concerns, or any concerns at all. 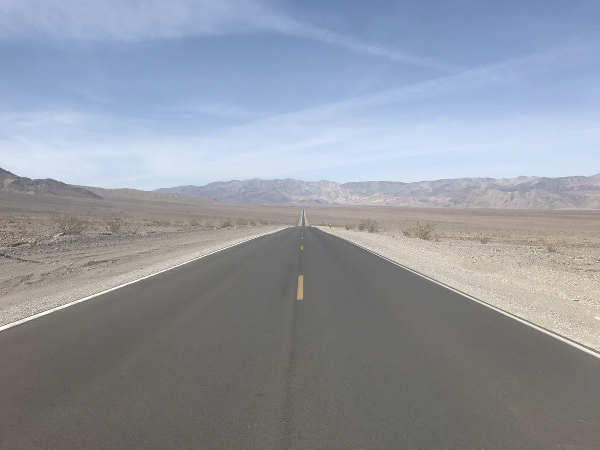 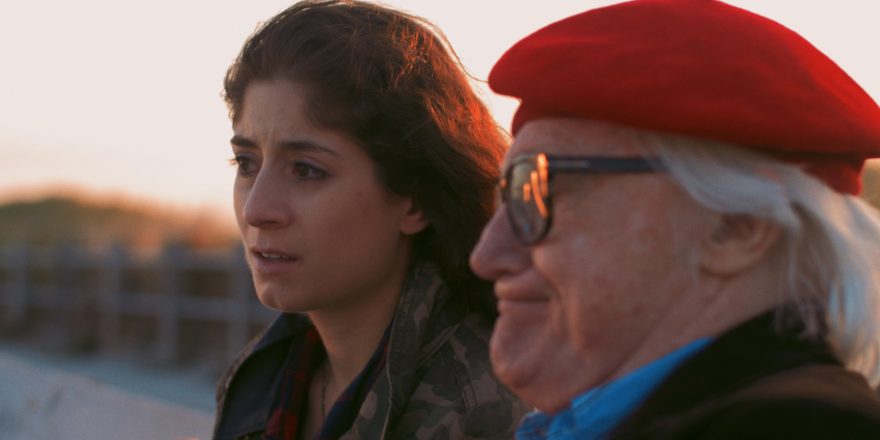 Uncovering My Real Self in My Debut Feature