David Lowery’s A Ghost Story captures the nature of memory with eloquent precision, working in a fashion familiar to anyone who has sought to hold on to an experience as it recedes into the distance.

I remember, when I was around 11 years old, standing on what seemed like an endless line at an amusement park in Massachusetts, staring at a wooden fence leading up to the loading dock of roller coaster cars. I remember looking at the patterns of swirling wood, etched in pen with people’s names, initials and signs of love, all the markings of memory from different patrons of the park, wondering who those people are and what their lives are like.

And I remember thinking to myself, “Remember this moment. Pretend you are 80 years old and transporting back to now.” I have done this quite often ever since, trying to savor small things, to remind myself that what is now will pass, to hold on to everything surrounding me so that I can transport back to it. 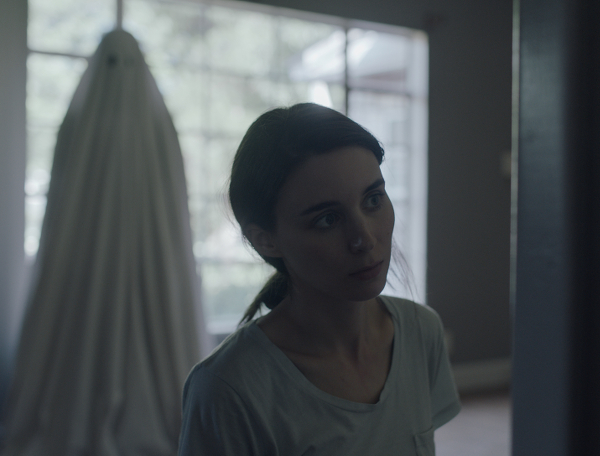 There’s a storyline in A Ghost Story that reminded me of that day. Rooney Mara’s character leaves a note in a crack in the wall of the house she shares with her husband, played by Casey Affleck. After he dies in a car accident, for a large portion of the film, and a seeming eternity, his ghost struggles to retrieve the note.

This gets at the heart of the movie’s central exploration of the ways in which our memories connect with the places that paid witness to them.

My father passed away in 2012 at the age of 88. He had a massive stroke in 2011 that left him mostly paralyzed and unable to speak. I remember holding moments with him in my head, knowing he’d probably be gone soon. I remember looking at him in his coffin before it was shut forever, being told by the funeral director to have a last moment with him. I touched the top of his head. I’ll never forget the feeling of his short hair on his bald head and his cold scalp. I left a note in his breast pocket. I don’t remember much of what I wrote or why exactly I wrote it, only that I wanted it to be with him forever, and that I wanted him to know exactly what I thought of him as a father and a human.

With the note, I left a cut-out piece of a blanket. The blanket was significant because it was the only gift my father ever gave me; to keep me warm in my dorm room freshman year, because I was complaining about how cold I was. He mostly left the gift-buying to my mother, as growing up during the Great Depression made him view material purchases as wasteful.

I visited his grave last week on July 5, what would have been his 93rd birthday, imagining the note in his pocket, wondering if whatever is left of him and wherever it is knows what I wrote on the note, knows what I’m doing now. And I think of the notes he left behind, both metaphoric and physical. 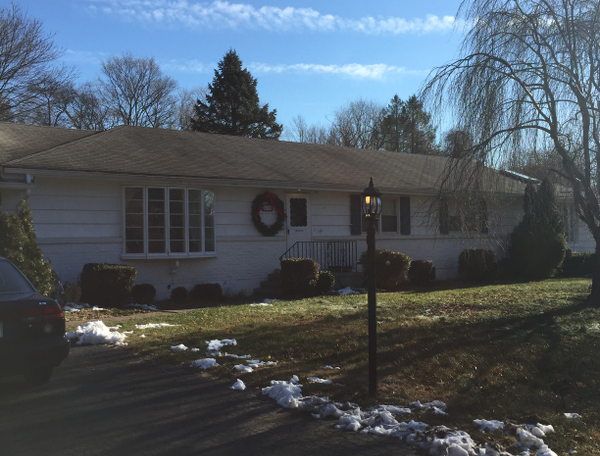 My mother lives in our large house in Connecticut, surrounded by memories of my father. We’re asked by friends and family, “Why doesn’t she just sell the house? It’s so big to be there alone. It’d be much easier on her to be somewhere smaller.” But most of these people haven’t experienced the loss we have.

A Ghost Story evoked in me the feeling of memory trapped in a place, the feeling of my father in my childhood home. I feel him walking in the halls, I see his footsteps passing between rooms, his presence on the deck he hand-built in our backyard, and on the cement post by it, with his initials and the date he carved into it.

And I think about how I hold on to the physicalization of memory, how I’m trapped by it and how it holds me hostage. Yes, it would be easier to sell a huge house, to move on, to downsize. Yes, we should donate all of his clothing, throw some more stuff out. Yes, the physical notes my father left behind are powerful signifiers of his existence. Though I rarely look at them, I’m comforted just knowing they’re there. I would smell his favorite hat after he passed away, his scent triggering memories and making him more alive. His notes and photos are the first things I’d save if the house was burning down. And yet, I fantasize about getting rid of it all. 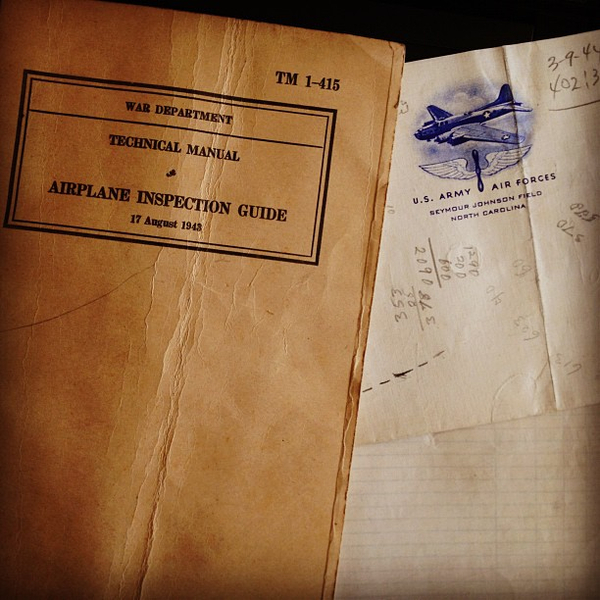 In Lowery’s film, Affleck does not haunt Mara in the clichéd way we’ve seen in horror films. Instead, he watches her mourn from afar. In an almost five-minute single take, the ghost watches his widow collapse onto the kitchen floor and violently eat her emotions in the form of a huge pie. He stands, watching, pained by her journey through sadness and growth, even as she considers other relationships, as she slowly moves on. And his concern isn’t his memory living on in a grand sense; it’s solely the life of their connection.

Affleck’s ghost has his own personal growth. In holding on to his home, trapped, with the hope of his widow’s return, time passes. Realizing she’s gone, perhaps forever, he’s forced to come to terms with physical connections disappearing. A helpless presence, he watches as time passes in front of him and his surroundings change. And it’s all more dramatic for him, because decades melt away and he’s left with nothing to hold on to but his memories of a time and a life gone by.

My childhood home will probably not always be there; notes and photos will get lost or destroyed; and after I’m gone, they will be forgotten. Lowery’s film suggests that no matter how much time passes, or what physically changes around us, memory will always exist, and just maybe those thoughts are something tangible. It’s a comforting notion. 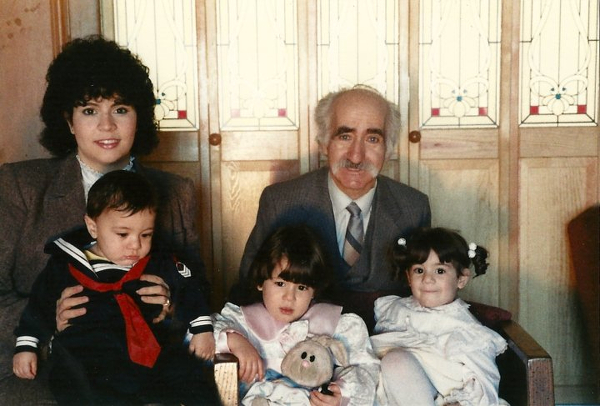 As Casey Affleck’s ghost roamed the house, and as his surroundings in the same space evolved over the past and future, I thought of my father, roaming our house. I thought of how I, too, wander the house he built, searching for memories and metaphoric notes. The beautiful thought that A Ghost Story evoked in me is that we’re not only ghosts once we die. Strangely, Casey Affleck’s performance under a white sheet woke up in me the idea that sometimes we’re ghosts in our own lives, looking for connection, wanting to feel closer to those we love, through shared memory and experience in the past, present, and future.