Anthony Orkin is a Portland-based filmmaker and the writer-director-editor of the offbeat musical Hello From Nowhere, which his second feature. His first feature, Personal Sergeant, starring Victor Argo, was distributed by Marvista Entertainment. A SAG-AFTRA member, Orkin has provided voices for shows and spots. His short films, such as Sammy’s Measle, The Neighbor Hood and Stargazer, have screened at a number of festivals. In addition to features, Anthony has edited TV shows, music videos and commercials. He lives in a big old house with his wife, two daughters, two cats, and, occasionally, a possum.

Have you met Shtick and Schmaltz? The dim-witted cousins of Comedy and Tragedy? We of the literati don’t consort with them publicly, but when we go home and close the blinds, whom do we invite to our television sets? Kurosawa? Ingmar Bergman? Or is that Adam Sandler on our screen? A man who has won nine Golden Raspberry Awards is also one of the biggest moneymakers in Hollywood; what does that tell you? Shtick and Schmaltz are our guilty pleasures, they’re that dog you don’t want your friends to know you’re screwing. If they were food, they’d be French fries, or pizza. Even when they’re bad, they’re good. Maybe even better.

I was raised on shtick. My dad had written gags for The Phil Silvers Show. Silvers, known as the “King of Chutzpah,” was a classic Borscht Belt-type comic who had the good fortune to be around for the dawn of television.

This photo of me and Phil Silvers shows me in my classic “picking” pose. I had decided I looked cute that way, so if I saw a camera, up went the finger. Hopefully I didn’t shake his hand.

Dad died when I was 12. Mom took all the memorabilia from his office and hung it on my bedroom wall. (Not that she was suggesting anything. No pressure there.) The result is that these memories were baked into me, coloring my personality and my writing. I’ve lived almost 10 years now in Portland, Oregon, but as soon as I start to type, part of me is back on the Lower East Side, slipping on a banana peel.

Which is basically Gilbert & Sullivan. One of the most successful collaborations in the history of musical theater, G&S created 14 comic operas. Note the term “comic opera”; to call their work “opera” would be to suggest themes of war, murder, suicide – the meaty diet of works such as Tosca, Aida and Don Giovanni. Yes, other composers did pen chucklers, the occasional Figaro and Falstaff, but when we think opera, we think heavy. G&S opera is light. Even its saddest moments fail to bring a tear to the eye. Its tunes have all the sophistication of a commercial jingle. That’s why we whistle them. We remember them; they’re easy on the brain.

Arthur Sullivan, the composer of these ditties, aspired to more. He wanted to write grand operas, but when he did, he fell short. Audiences said, “His earlier stuff was more fun.” People didn’t want to be challenged; they wanted to laugh, to throw their popcorn and sing along. So Sullivan came back to good old Topsy-Turvy, with stories that were as predictable as the melodies: neat packages of magic potion and mistaken identity which were resolved in the last act, right before everybody joined arms for the big good-bye. It was television before television, it was “the well-made play,” as Eugène Scribe dubbed the form in the early 1800s. Wilkie Collins summed it up as “make ‘em laugh; make ‘em weep; make ‘em wait.”

Having recently moved from New York to Oregon, I decided to film a love letter to the Great Outdoors. I poured out ideas on the subject, each of which I soon nixed, saying to myself, “It’s too easy, it’s too TV.” Finally, I latched onto what I thought was a highbrow concept: the creation of an off-screen event. I’d recently seen Who’s Afraid of Virginia Woolf, where [spoiler alert] an imaginary son is concocted, and Suddenly, Last Summer, in which a lead character is dead before the play begins. Hello From Nowhere would be about two couples on a camping trip, who meet a mysterious stranger. The stranger wants to drive the couples apart, so I gave him a wedge: a long-past high school musical that two of the foursome had been in together. If you’ve spent time with theater people, you know how insufferable this can be. I’d been in no high school productions myself, but I’d seen the theater kids rehearsing Pirates of Penzance, and they looked like they were having a ball. I had the Dead Dad Blues; I wanted to be doing No Exit. Oh, what a cocktail of contempt and envy stirred within me as I spied those young Savoyards prancing around! Surely such a blend could fuel my dark masterpiece.

Hilarious, right? I tried to make a psychological drama about relationships torn asunder by a high school musical. How could I have been so naive as to think I could manufacture high art out of such shlock? G&S may be the best shlock there is, the most finely crafted shlock, but compared to grand opera, to Wagnerian themes and Faustian bargains, it’s still shlock. Low art.

Now that’s shlock. I cannot recall a single Shakespearean sonnet, but I’ll be babbling this limerick on my deathbed. It will be my Rosebud. It’s the ease of the form that makes it so attractive, the predictable cadence.

I’d planned on using actual Gilbert & Sullivan in my script – that stuff is all in the public domain, so you can do whatever you want with it. Stealing their material required turning myself into a proper Savoyard, so I spent five days watching 10 Gilbert & Sullivan operas, at the end of which I was a cavorting, babbling mess. I cut a cavorting reference video to inspire my two thespian characters to the proper heights of silliness. However, as I started to stitch together a pastiche of Penzance, Mikado, etc., I remembered – I hate this stuff! Why was I putting it in my movie?

And yet, by then, I was hooked; the fiends had me. Like a baby with its first taste of ice cream, I had begun a lifelong craving for something both so bad, and so, so good. After 40 hours of G&S’s masterly manipulations of infantile melodies and situations, the duo had been baked into me, much like Phil Silvers. I no longer needed to crib their material; it had melded within me, and was now bubbling out through my pen. I named this strange new creation Marmaduke Murgatroyd, and as soon as I did, it infected the rest of my script, spreading enough schmaltz to butter 10 loaves of bread. And I wanted it, I wanted that schmaltz sandwich. Critics be damned!

Let others make grand cinema, and leave me the Topsy-Turvy, the prat-falls and mooning lovers, the shtick and the schmaltz. I want to come full circle. I want to be reviled in my time, then rediscovered by future generations and put next to such directing luminaries as Ed Wood and Alan Smithee. Hopefully this cinematic exorcism of my stone-age sense of comedy will let me move onto more serious work. Then future generations can say, “His earlier stuff was more fun.”

Anthony Orkin is a Portland-based filmmaker and the writer-director-editor of the offbeat musical Hello From Nowhere, which his second feature. His first feature, Personal Sergeant, starring Victor Argo, was distributed by Marvista Entertainment. A SAG-AFTRA member, Orkin has provided voices for shows and spots. His short films, such as Sammy’s Measle, The Neighbor Hood and Stargazer, have screened at a number of festivals. In addition to features, Anthony has edited TV shows, music videos and commercials. He lives in a big old house with his wife, two daughters, two cats, and, occasionally, a possum. 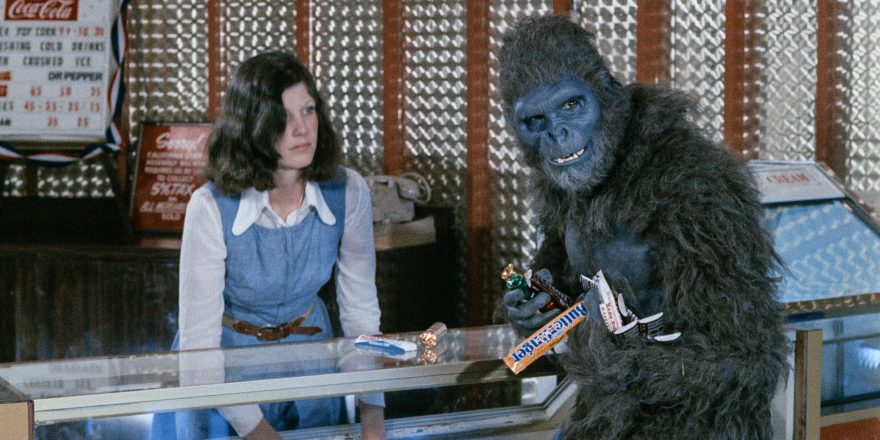 Revisiting Schlock (and My Adoration of John Landis) 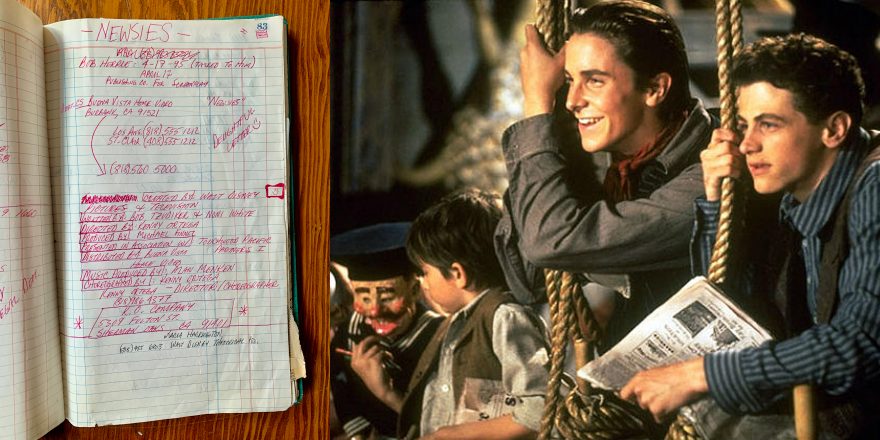 That Time I Tried to Get the Stage Rights to My Favorite Film, Newsies (When I Was 12) 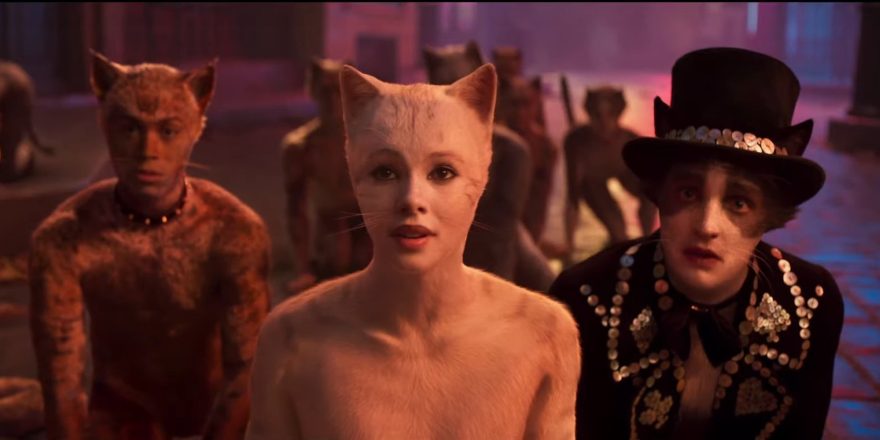 Catharsis in Disaster: A Spiritual Defense of Cats 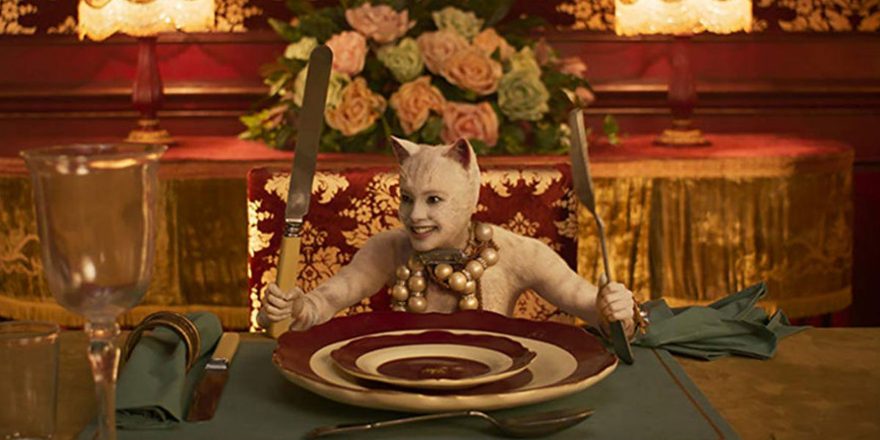 Why Does Everything Look So Fucking Ugly?