Sitting in a production meeting for the episode of Nashville I’m directing, I hesitate when asked by the prop master how many chicken pot pies I’d like for scene 11. Afraid to ask for too much, I say, “Three … two might work …” “Six,” she says with certainty. I love directing television.

After years of directing independent features and TV movies, I’ve finally begun working on the small-screen version of big-budget filmmaking: episodic television. I’m so used to making do with so little I am giddy with the plenty, the opportunity for a different kind of vision that this more opulent canvas offers me.

On a recent episode of Madam Secretary that I directed (one of the best and most political, feminist works I’ve ever made), it didn’t occur to me to ask for a wet down for a late-night action sequence we were filming. Mother Nature was with me, luckily, and it rained just enough to create the beautiful reflections that a wet down provides. The scene was so much more beautiful and powerful, with the wet ground reflecting light and movement evocatively.

It’s a maturing transition to go from the deprivation of low-budget indie filmmaking to the abundance of big-budget television. I’m so good at the deprivation, at finding a creative way to do without, that it’s sometimes hard to think of what is possible. My creativity has evolved out of lack. For many years and many films, doing without was fine. It was exciting to come up with cinematic solutions and work within the aesthetic of less. My philosophy has always been that budget creates the scale and look of the film. At this time in my career, it is glorious to find that more is possible.

During the early 2000s, I directed numerous TV movies. The economies of scale in my independent films and TV movies were very similar. The main difference was, of course, salary. TV movie budgets work because they are shot where crews and good supporting actors live nearby, so everyone is paid well. Toronto for Brooklyn, Toronto for Paris, Vancouver for Los Angeles. Independent films, on the other hand, often spend large sums on transportation and housing to bring entire casts and crews to the exotic locations that make those movies so beautiful – while paying everyone as little as possible so the money can be “on the screen.”

Though I did some storyboarding and shot listing on my earliest films, it was directing half-hour children’s television in the ’90s that forced me to learn how to storyboard an entire show. I took this into my feature directing, and it continued for years. The first film I didn’t completely storyboard was my recent feature, Sophie and the Rising Sun. I agreed to forego this step (now integral to my process) because I was working for the second time with a wonderful D.P., Wolfgang Held. We’d done a film together before and I knew we had a common language and shared vision. Instead, we planned every scene together and he made floor plans from which shot lists evolved. It was wonderful. Frankly, storyboarding is as strenuous as writing. But I became very fast – at staging, finding and picking shots and knowing when I have what I need, all essential skills to directing TV.

Imagine my glee when I started prep on a TV episode and was told, “Don’t bother shot listing,” and asked not to storyboard a very dynamic sequence. “Just focus on the staging and performance. The D.P. will figure out the shots.” Wheeee! I actually got a weekend off during production.

I do understand now why TV cinematographers often become directors of the shows they shoot. They know the show so well, it makes perfect sense, especially in the second season and beyond, when the actors know their characters intimately and may require less performance direction. (Which means we need more women and diverse cinematographers.)

Throughout my career, I have seesawed back and forth between independent feature film directing (of my own screenplays) and television of one kind or another. Each has taught something I’ve been able to use in the other.

Despite my credits and years of experience, being a woman has made it take much longer for me to crash the episodic party. I had to leave the agent I had been with for 23 years because his TV department refused to submit me for episodic work. They had their stable of men who they were sure would book the slots. Why take risks? (Because it’s the right thing to do!)

Now, as a director for hire, I get to focus on my craft. What a joy! And I never forget it is also a privilege. I am delighted to be able to ask for snow, more extras, another costume or a special rig for the camera in order to execute a particular shot I envision. Or that wet down. I’m always writing and planning my own films so I am very comfortable respecting that I am a guest at someone else’s party when directing an episode of TV – an honored guest.

I am deeply gratified to have crossed over this bridge, to be working in abundance instead of deprivation. It is exciting to know that more is possible and that the stories I’m directing deserve it. I look forward to making my next feature, to see how this growth is reflected in my own work.

Oh, and by the way, for scene 11 in my Nashville episode, we only used two chicken pot pies. The other four made it to the local soup kitchen in time for lunch. Win! Win! 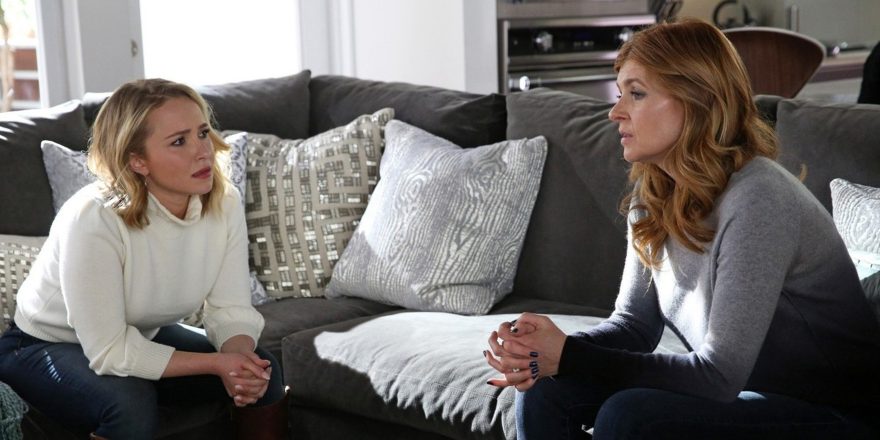