One of my favorite quotes about the role of influence in filmmaking comes from Jean-Luc Godard, who once said, “It’s not where you take things from, it’s where you take them to,” and I don’t know if I’ve ever seen a better exemplification of this sentiment than the bold, brilliant, relentlessly addicting Riverdale. An ingenious revisionist take on the classic Archie comics, it contains more references and influences per minute than any other TV show or movie I’ve ever seen, including but not limited to Orson Welles, Dawson’s Creek, Atom Egoyan, John Landis, Rebel Without a Cause, Peter Bogdanovich, Pretty in Pink, The Godfather, Otto Preminger, Dog Day Afternoon, Judy Blume, Our Town, Creepshow (and Carrie, and The Dead Zone, and a whole lot of other Stephen King), Jean Renoir and The River’s Edge. Essentially what you would get if Rainer Werner Fassbinder directed a season of Beverly Hills 90210, it’s so elaborately referential and self-aware that it makes Quentin Tarantino look like Robert Bresson. What’s impressive about all of this is that Riverdale not only manages to synthesize its sources into something original but yields a surprisingly resonant emotional purity in the process. The whole series operates successfully on two parallel tracks that should cancel each other out but don’t, working as a witty parlor game for film and TV enthusiasts while also serving up the most heartfelt coming-of-age saga since My So-Called Life.

As developed by showrunner Roberto Aguirre-Sacasa, Riverdale takes the iconic Archie characters created in 1941 – popular but often hapless Archie, nonconformist best friend Jughead, girl-next-door Betty and rich girl Veronica (both of whom vie for Archie’s affections) – and both honors the archetypes and subverts them; Aguirre-Sacasa doesn’t change what’s already been established in the mythology as much as he adds to and deepens it, finding resonance in the collision between the all-American sensibility celebrated in the original Andy Hardy-inflected comics and the reality of a country built as much on exploitation and prejudice as hard work and family values. Aguirre-Sacasa is up to something similar to what Vincente Minnelli and Douglas Sirk were doing in their melodramas of the 1950s; he seems to have genuine affection for the homey traditions and gorgeous surfaces of small-town U.S.A., but he can’t help tearing up the carpet to find the bodies hidden under the floorboards. In Riverdale, the bodies aren’t just metaphorical – the driving force of the first season is the murder of a golden boy whose wealthy family exerts a great deal of influence over the superficially placid town that gives the series its title. Once Aguirre-Sacasa sets his premise in motion, he and the other writers milk it for all that it’s worth, constructing a complicated and expertly structured conspiracy plot that encompasses a wide cross-section of Riverdale’s young and old, gay and straight, rich and poor.

The show is a mix of teen melodrama, a murder mystery involving a body found in the water by the woods, and the obsession with the difference between how things are and how they appear to be, so it can’t help but summon memories of the original Twin Peaks, and there’s a definite Blue Velvet influence as well. (The whole first season plays like a 13-hour exploration of the themes embodied in that movie’s opening shot.) Yet the parallels with David Lynch can easily be overstated; ultimately Riverdale is, for all its fidelity to the Archie comics and its weirdly out-of-time aesthetic, more tethered to reality (and more progressive in its politics) than Twin Peaks ever was. The show’s self-consciousness when it comes to its influences extends to an extremely self-aware and sophisticated commentary on the social implications of the Archie universe and everything it has spawned; as a pop-culture junkie with a scholarly mind, Aguirre-Sacasa draws a direct line from Archie, The Many Loves of Dobie Gillis and Leave it to Beaver to Beverly Hills 90210, Gossip Girl and Freaks and Geeks and everything that came in between. Riverdale riffs on the motifs and preoccupations of all of these shows but asks what they really mean in 2017 America – have we become any more enlightened about sexual orientation, gender roles, or economic inequality than we were in Andy Hardy’s day, or do contemporary depictions just add some faux naughtiness to the same old tired clichés and double standards? As in the best of Sirk, Riverdale has it both ways – it delivers the comforting, conventional satisfactions of teen entertainment going back to the original Where the Boys Are, but it ceaselessly probes beneath the surface, using the accessibility of both the soap-opera format and the familiar Archie characters as a delivery system for a provocative inquiry into sex, race and privilege, and how they all intersect in Trump’s America. This is most explicit in episode three of the series, “Body Double,” in which Betty and Veronica turn the tables on some slut-shaming football players, but it exists as subtext throughout the series – and yet it’s only one component of Riverdale’s rich tapestry.

A clue to the series’ greatness can be found in the fact that it’s called Riverdale and not Archie; Aguirre-Sacasa clearly intends the show to be a portrait of a town more than of any individual character, and the town, with its complicated divisions and alliances, is clearly standing in for America as a whole. Yet as tied to its cultural moment as Riverdale is, at its core it’s less intellectual and political than it is emotional and philosophical – and thus has the potential to endure as the work of Hitchcock (another obvious influence) and Sirk has. The small-town setting gives the show the quality of an intimate epic; within the limited scope and geography, the writers are able to tackle big subjects from death, class, and marriage to the loss of innocence and the tension between the needs of the community and the needs of the individual – it’s like a candy-colored, Americanized corollary to Ingmar Bergman’s Fanny and Alexander. I don’t think any of this is accidental, because again, the writers cram the show with nods to the multitude of films, TV series, books and songs that have informed it, and the references are never careless – they’re pointed and meaningful, and provide a road map to the creators’ intentions.

They’re also not intrusive – they provide one way of looking at and understanding Riverdale, but not the only way, and I suspect younger viewers who have never heard of The Last Picture Show or Nicholas Ray find the series perfectly entertaining on its own terms. The influence of producer Greg Berlanti is pivotal here – just as his DC comics shows (Arrow, The Flash, Supergirl, Legends of Tomorrow) would work beautifully as character-driven dramedies if you took the action and special effects out, Riverdale doesn’t really need its references or even its murder-mystery plot to hold the audience’s interest. Once you strip all that away, it’s sweet, funny and moving in the way the best coming-of-age shows and films have always been; it captures dreamy teen longing as vividly and empathetically as the best of John Hughes or Kevin Williamson. For that matter, it captures adult longing pretty damn well – one of the great pleasures of the series is how well written and acted the various authority figures are. And the series’ self-reflexive playfulness continues in their casting, with actors from Riverdale touchstones like 90210 (Luke Perry), Twin Peaks (Mädchen Amick) and The Breakfast Club (Molly Ringwald) appearing as parents. Again, however, what makes the show special is that none of this is played just for kitsch or self-indulgent childhood nostalgia. Perry is terrific – understated and touching – as Archie’s dad, and Amick is equally strong in an extremely challenging role – she’s ostensibly one of the villains of the piece, but as Riverdale progresses she reveals one new layer after another, far past the point when lesser actors would have figured they’d exhausted the character’s potential. The same can be said for the rigor and inventiveness of Riverdale as a whole – it offers more pure pleasure than just about anything else on television. 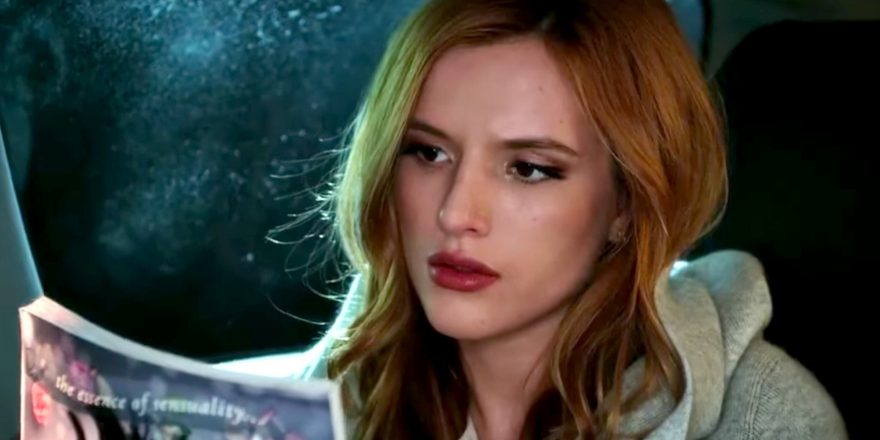 Second Screen: The Irresistible Hollywood Narrative of Famous in Love