Ever since Michael Cimino died last summer, I’ve been thinking a lot about the Western genre and why it has fallen from the place of commercial and artistic supremacy it held for nearly 30 years. During that period (roughly from John Ford’s Stagecoach to Sam Peckinpah’s The Wild Bunch), it was the American genre – apart from a brief period in the mid-’40s during which Hollywood shifted to movies that were either about World War II or designed to provide an escape from it, Westerns dominated American movie screens the way that comic-book movies do now. And while there are parallels between Westerns and comic-book movies, the differences are striking – painfully so for those of us who like some intelligence and heart to go along with our action filmmaking. Like Westerns, Marvel movies have recognizable motifs and narrative devices that filmmakers now use as a kind of shorthand; viewers are so attuned to the rhythms of comic-book movies now that something like Avengers: Age of Ultron barely bothers to fill in the details of character, plot or setting – it doesn’t need to, because the audience is way ahead of the formula and will accept the inevitable cacophony of the third act regardless of what precedes it. The shorthand extends to the actors who are iconic in Marvel’s world; Robert Downey, Jr., for example, has so firmly established his persona that all he needs to do is smirk and the audience laughs – it doesn’t matter if there’s a joke or not, or if it’s actually funny.

This is a far cry from what popular filmmakers like John Ford and Anthony Mann did with genre in the 1950s, when Westerns were even more ubiquitous than comic-book movies are today. They too had a shorthand based on audiences’ knowledge of common narratives and icons like John Wayne and Jimmy Stewart, but instead of using this knowledge as an excuse to slack off, they doubled down on it, taking advantage of the opportunity to dig deeply into both generic conventions and American culture at large. In films such as The Searchers or The Man Who Shot Liberty Valance, Ford builds on all the assumptions the viewer already holds about John Wayne’s persona from dozens of other films and both fulfills and questions those assumptions to achieve astonishingly rich effects in a compact time frame. It’s something that’s impossible for Westerns to do now, because the films don’t have an ongoing dialogue with each other anymore – when a Western comes along, like Django Unchained or last year’s remake of The Magnificent Seven, it’s a one-off designed to stand alone. (I think that one reason Tarantino’s excellent The Hateful Eight failed to find his usual mass audience is that it was having a conversation with movies and television shows most viewers no longer remembered, if they ever saw them in the first place.)

Westerns started to fall from dominance somewhere around the time of the Vietnam War and Nixon, and I don’t think the timing is a coincidence – part of the genre’s appeal was always based on its belief in values that were irrevocably challenged by the seismic cultural shifts of the late ’60s and early ’70s. Yet even from the early stages, the genre’s best – and even most popular – practitioners always pushed against those values; baked into the narrative of Ford’s Stagecoach, for example, is a rather devastating (and often hilarious) takedown of a multitude of conservative talking points. I’ve never really been able to figure out why the Western fell out of favor, but it clearly lost popularity over the course of the 1970s – and virtually died for several years after Cimino’s Heaven’s Gate in 1980. The commercial debacle of that picture, along with its relentlessly bleak view of capitalism and everything else Americans were learning to love again under Reagan, finished the genre off for a decade (aside from occasional outliers like Pale Rider and Silverado). The last, all-too-short revival came in the early 1990s, when Kevin Costner’s Dances with Wolves and Clint Eastwood’s Unforgiven briefly made the Western viable again – until movies like Wyatt Earp, Geronimo, Dead Man and Wild Bill (all great films but financial flops) ended the trend almost as soon as it began.

Unforgiven was probably the last Western that was able to work on audiences the way the classics always had, with viewers (whether they were conscious of it or not) reading between the lines as Eastwood both reaffirmed and subverted his own persona. After that, the lack of cultural context meant that there was no such thing as a modest, mid-range Western – films in that genre had to be either a grand summation carrying the weight of the genre on its shoulders (Wyatt Earp, Dead Man) or an exercise in style that existed in a vacuum (Tombstone, Richard Donner’s Maverick). Yet this was not entirely a bad thing, since it led to some monumentally ambitious films that now rank with the very best in the genre’s history; among these, perhaps the finest – and certainly the most underrated – is Maggie Greenwald’s 1993 masterpiece, The Ballad of Little Jo. A thoughtful, moving feminist response to the most male-oriented of all genres, it’s a singular work that has only gained resonance in the 24 years since its release.

The Ballad of Little Jo tells the story of Josephine Monaghan (Suzy Amis), a society woman who is forced to leave her home and family after she gives birth to an illegitimate child. Leaving the boy with her sister, she heads West and quickly learns that being a woman makes her easy prey for men who want to use or abuse her, both economically and sexually. In response, she cuts her hair, gives herself a scar on her face and begins passing as “Little Jo,” a young cowboy who finds work as a shepherd under a property owner named Frank Badger (Bo Hopkins). Ultimately, Little Jo is able to buy her own land, and joins forces with Badger against a cattle company and its assassins (one of several echoes of Cimino and Heaven’s Gate – another is the exquisite score by frequent Cimino collaborator David Mansfield). Interestingly, Little Jo never goes back for her son even when she has the resources to do so – by the time she’s tasted the freedom that comes with living as a man, she’s willing to sacrifice nearly everything for it.

This is just one tantalizing notion among many in this rich, layered film, which skillfully uses its deceptively simple plot to explore issues of gender, class and race with enormous complexity and nuance. It’s one of relatively few Westerns to truly prioritize a female protagonist; there have been many Westerns with strong women characters (Westward the Women, McCabe and Mrs. Miller, Rio Grande), but aside from Nicholas Ray’s Johnny Guitar I can’t think of many that seriously consider how placing a woman in the main role changes the genre and questions its assumptions about masculinity and its relation to power. (Fun as they are, movies like The Quick and the Dead and Bad Girls aren’t really concerned with such matters.) I also can’t think of many films more attentive to the physicality of living in the Old West – Greenwald takes her time showing exactly how Jo accomplishes all of her tasks, from herding sheep, to learning to shoot, to passing herself off as a man, and she beats Altman at his own game when it comes to giving environment (both in terms of weather and architecture) a powerfully tactile quality. This removes the theoretical and abstract from Greenwald’s examination of ideological questions – hers is one of the most realistic Westerns of all time, and thus one of the most relevant.

The Ballad of Little Jo is at its most fascinating when it’s most familiar, when Greenwald employs tried and true conventions of the Western only to completely upend them via the gender reversal – she gives us all of the typical satisfactions of the genre, but not in the ways that we expect. She both reaffirms the sturdiness of the Western’s suppositions and pushes against them, resulting in a work that is as haunting and sad as it is empowering and rousing. Greenwald is particularly attuned to what it means when the “redemptive woman” figure in the Western – Grace Kelly in High Noon, Joanne Dru in Red River, etc. – is no longer a woman but a man. She gives Little Jo a love interest, a Chinese laborer named Tinman (David Chung) who Jo saves from a lynching and then employs as a cook. (Tinman is an immigrant who the whites accuse of coming into the country to steal their jobs – sound familiar?) Eventually, he learns her secret and they fall in love, bonded – like outlaw John Wayne and prostitute Claire Trevor in Stagecoach – by their status as outcasts. Yet the relationship isn’t really equal, at least in the eyes of society – as a minority and as Jo’s employee, Tinman is given about as much power in the relationship as the woman is in a conventional Western, a conceit that inspires the viewer to ponder what it means to be powerful and powerless not just in the Western but in America in general, both at the time the movie takes place and the time in which it was released – and, because The Ballad of Little Jo is a timeless classic, what it means now. 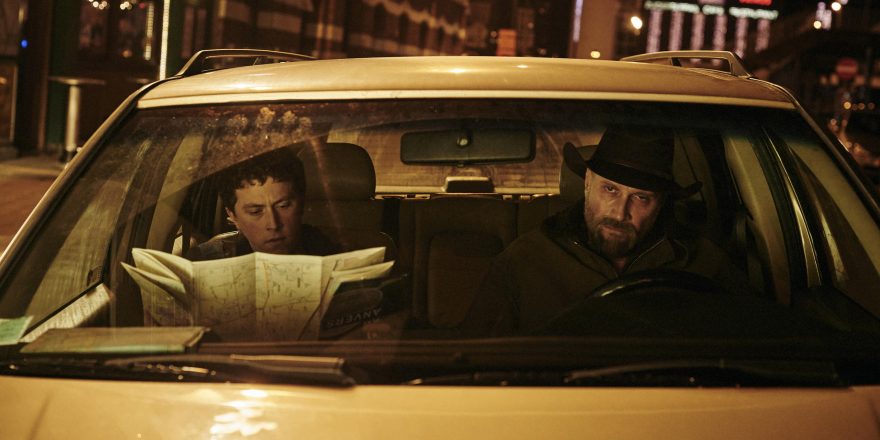