Joyce Chopra has produced and directed a wide range of award-winning films, ranging from Smooth Talk, winner of the Grand Jury Prize for Best Dramatic Feature at the Sundance Film Festival, to the A&E thriller The Lady in Question with Gene Wilder. She has received American Film Festival Blue Ribbon and Cine Golden Eagle Awards for her numerous documentaries, including That Our Children Will Not Die, about primary health care in Nigeria, and the autobiographical Joyce at 34, which is in the permanent collection of the Museum of Modern Art. Her memoir, Lady Director: Adventures in Hollywood, Television and Beyond, will be published by City Lights on November 22, 2022. She lives in Charlottesville, Virginia. (Photo by Paul Wagner.)

The following is taken from Lady Director, the forthcoming memoir of pioneering filmmaker Joyce Chopra, who is best known for her movies Smooth Talk and Joyce at 34, which she co-directed with Claudia Weill. Lady Director will be published by City Lights on November 22, 2022 and the excerpt below is reprinted here by permission of City Lights; all rights are reserved. – N.D.

On our first night, my roommate Janet and I set out to explore as many streets in the Latin Quarter as we could under the spell of la vie bohème, wandering for hours amidst all its beauty, finally stopping at a small corner cafe on the Boul’ Mich’ and, with the kind of style we had seen in gangster movies, swaggered up to the counter and ordered deux cognacs, ready to slap our few francs down. Standing next to us were a group of Swedes in their twenties who were highly amused. I remember every one of them to this day — Stig, Jan and the beautiful Brigitta, a Garbo lookalike — because I became their little American mascot, their Kalinka (little red berry in Russian), following them from café to café for months. Not only drunk in love with all of them, but drunk on the Calvados we consumed most nights, sobering up at Les Halles near dawn with bowls of steaming hot onion soup bubbling with cheese. I was entranced with their larger-than-life emotional turmoil, their tales of past loves and near-suicides, most often expressed in gory detail. Jan even rolled up his sweater to show me his wrist scars to prove they were true.

All three were painters, the first artists I had ever known, and lovers of the movies, taking me to the Cinèmatheque Française, where Henri Langlois devoted whole months to individual directors or countries. There for the first time, I heard the word “film” used instead of “movie” in conversation, and discovered that the varied styles of directing we viewed were exciting to dissect. In fact, it had never even occurred to me that each movie did have a different style. Most intriguing was a new film magazine, Cahiers du Cinèma, and I was surprised to see that a young reviewer I had never heard of, François Truffaut, was treating Hitchcock’s Rear Window and Spellbound, which I had thought of as merely Saturday night entertainment, with the seriousness of a post-graduate student analyzing a Shakespeare sonnet. Here was Truffaut making the startling argument that a director with a distinctive style should be held in the same high regard as first rate authors (or auteurs), an appellation he would later claim for himself with his memorable Jules & Jim.

My being there to study French literature was a ruse; I just wanted to soak up everything Parisian and be as much like its inhabitants as possible. To my adolescent eyes, its citizens were all heroic survivors of World War II. It was only later, after seeing Marcel Ophuls’ searing 1968 documentary, The Sorrow and the Pity, that I would learn that many of them were willfully forgetting that they had stood silently by just 10 years earlier as their Jewish neighbors were being carted away by the Nazis. But that knowledge was in the future. It didn’t take more than a few days for Janet and me to decide that we had to take at least one course for credit at the Sorbonne, the seat of ancient learning and signed up for a course on Aristotle’s Metaphysics, which was a disaster. The course would have been difficult enough in English, but in French it was hopeless to truly understand la Science de l’être en tant qu’être, so we started skipping classes. When exam time came, the professor took pity on us and told us, in advance, he would query us on book Lambda and offered private exams in his office to spare us embarrassment. I volunteered to double-check the English translation of the letter Lambda so we could be sure we were cramming the correct section.

After a few days of hard studying and little sleep, we knew the chapter by heart in both languages and set out feeling secure enough to believe we would do well. After a half-hour wait in one of the Sorbonne’s dark hallways, the professor opened his door and motioned for Janet to go in first. She was out in less than a minute. As she flew past, I could hear her muttering in a not-too-muted voice, “You shmuck, we read the wrong book!” My stomach dropped as the professor smiled at me with a cat smile and motioned that it was my turn. But fortune smiled on me. The questions all related to Aristotle’s theories of the planets, which I had studied in a freshman science course and remembered enough to earn an undeserved “A.”

To celebrate, I went along with my Swedish pals to a party hosted by the Swedish ambassador’s son at the Embassy while his mother was away. At midnight, each glass was filled to the brim with aquavit, every glass was raised in a toast, then wanting to be like the Swedes, I sang out Skol and drank it in one swallow. Within minutes, I and all the other guests had passed out cold. When I awoke some hours later, the ambassador’s son was unbuttoning my blouse. He was so terribly woozy, I easily pushed him off and tiptoed around the beautiful young people fast asleep on the floor as if they were in a fairy tale. Somehow, I got back to my apartment, head still spinning, flopped onto my bed and fell into a drunk’s sleep.

When I woke up with a brain-shattering headache, I resolved to reform my ways. I gave up my nightly round of the bars, which freed me to spend more nights at the Cinèmatheque with a new friend, Ada, a young Israeli sabra who, like the prickly pear the Hebrew word derives from to denote Jews born in Israel, was tough on the outside but as sweet as could be inside. On trips to museums, Ada taught me how to look at paintings in a new way, urging me to be more aware of how the best painters selected the light’s direction and intensity to enhance their work. It led me to pay attention ever after to how directors employed it in so many of the films I most admired, especially the black and white movies of the 1940s, such as Double Indemnity and The Maltese Falcon, where low-key lighting created shadows and gave the viewer a sense that danger lurked just around the corner.

I also became fascinated with the mime Jean-Louis Barrault, the star of Marcel Carné’s Les Enfants du Paradis. Wanting to learn more about how he moved with such fluid motion, I discovered that his teacher, Étienne Decroux, lived in Paris and was allowing newcomers to join his class for a small weekly fee. Dressed in loose white pants and a sleeveless white T-shirt, Le Maitre played the role of the imperious taskmaster to perfection, overseeing our feeble attempts to control each part of our body separately, one joint at a time, the key to a mime’s movement. By the time June came, I had barely made any progress and wrote my parents that I absolutely had to remain in Paris if I had any hope of becoming a mime. With her usual wry humor, my mother replied that, with regrets, the family couldn’t continue to support me in my chosen career but wished me the best.

Joyce Chopra has produced and directed a wide range of award-winning films, ranging from Smooth Talk, winner of the Grand Jury Prize for Best Dramatic Feature at the Sundance Film Festival, to the A&E thriller The Lady in Question with Gene Wilder. She has received American Film Festival Blue Ribbon and Cine Golden Eagle Awards for her numerous documentaries, including That Our Children Will Not Die, about primary health care in Nigeria, and the autobiographical Joyce at 34, which is in the permanent collection of the Museum of Modern Art. Her memoir, Lady Director: Adventures in Hollywood, Television and Beyond, will be published by City Lights on November 22, 2022. She lives in Charlottesville, Virginia. (Photo by Paul Wagner.) 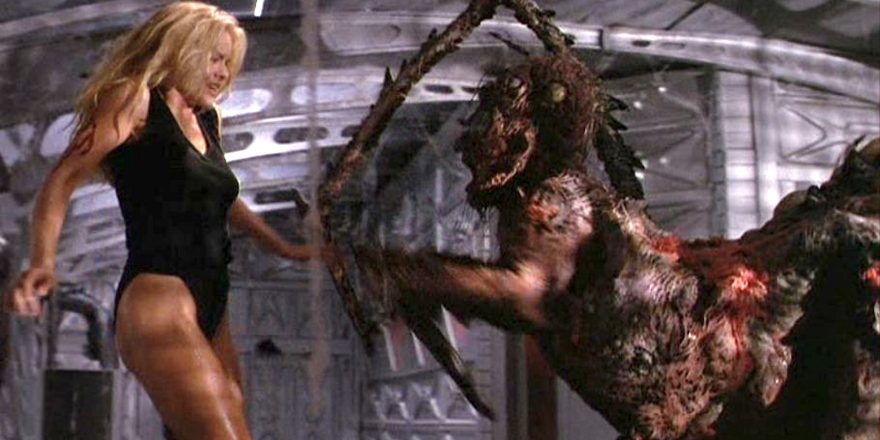 Exclusive Book Extract: How Leprechaun 4: In Space Got Greenlit