I think classifying music by genre has completely killed my enthusiasm. Am I reaching the age where my music tastes have narrowed? Usually, if I’m trying to “discover” something, I’ll peruse a bunch of generated playlists that have been artificially designed to understand me, and then regurgitate some curated version of things that I like. This brings me to the Seattle-based group Dude York. I’m internet/IRL friends with some of the people in this band, and I enjoy their music. I probably wouldn’t have found out about them because my playlists seem to think I only enjoy Boz Scaggs and Haruomi Hosono right now (although they’re not completely wrong, I suppose).

A lazy music writer would likely describe Dude York as a modern indie rock band that wears its ‘90s influences like a sash of TGI Fridays flares. I don’t really care for those distinctions. My band Lithuania ran through the same rigamarole a few years back when we put out our first record Hardcore Friends; a lot of people described us as Dinosaur Jr. wannabes, even though I had never listened to a Dinosaur Jr. record in my life. I do have a warbly cow baritone like J Mascis does, but the comparison felt unfair. If anything, I wanted us to be christened as our generations Husker Dü, a band I love. Or if I’m being honest, I wanted people to say that we sounded like ourselves. That’s just the way the Dunkaroos crumble.

Dude York’s Falling is a power-pop tour de force with some real left-of-center production choices. The opening track “Longest Time” opens with a palm muted guitar intro that harkens back to late ‘70s radio rock anthems like The Cars’ “Just What I Needed.” Dude York is also a band of multiple songwriters (cough cough Steely Dan, Beatles, Husker Dü, every band I like cough cough). Bassist/vocalist Claire England has a real knack for hooky melodies, especially when dragging out the “I” in the lyric “I used to think you were the greatest guy.”  When I turn the song off, I can still remember the chorus. That means it’s a hit. I can imagine a crowd of drunken PNW youths screaming along to it. The post-chorus has a great galloping Prefab Sprout-esque keyboard texture happening too. In a lot of ways, Dude York has transcended the typical indie rock relegation that a lot of people would bestow upon them. Like I said, genre classification bothers me. As side one reaches its twilight, “Only Wish” kicks in with a 16th note hi-hat groove from drummer Andrew Hall. The menacing pocket is reminiscent of Björk’s pulsating “Army of Me” — one of my favorite moments as a concert goer was seeing Björk tear into that song at Radio City Music Hall in 2007, and “Only Wish” brought me right back there. The distorted guitar squeals could best be described as “oily.” Sonically speaking, it’s my personal favorite because it’s an outlier; I like Dude York best when they’re showing their danciest side.

“How It Goes” opens with a hollow finger picked acoustic that explodes into the gothic refrain “I know how it goes/Yes I know” and a rhythmic lyrical nod to The Ramones as guitarist/vocalist Peter Richards delivers a heavily sedated, “I can’t control my fingers/I can’t control my toes.” It seems like a song about owning your weirdness and having compassion for those who share that weirdness. I’ve been feeling that anxiety a lot lately (who hasn’t), and it’s nice to hear a song that simmers in its own awareness. It holds the anxiety and then makes a promise to the listener to find a solution for it.

The title track “Falling” is bathed in vulnerability, and it makes sense that it’s the centerpiece of the record. Maybe I’ve been on a steady diet of CBD granola bars, but I love when bands make room for joy. Happiness can be embarrassing. So often I’ve used songwriting as a place to purge my negativity — lately I’ve been thinking a lot about the necessity of ebullience as a useful tool in the palette. I did just get married, so maybe “Falling” spoke to me more. I especially love England’s open sentiment in the chorus, “And I was starting to think/That it would be/When passion lined up/With practicality/But I secretly hoped/When it happened to me/There would be no doubt/It would feel like falling.”

Dude York has pushed themselves forward out of the traditional guitar rock territory into something way more intriguing. I feel it more after multiple listens. They’ve been able to retain the magic of a band playing in a room, which is what I want to hear out of them more often than not. I don’t want to sound like a broken record, but I’m guilty of being a passive consumer or even worse, a judgmental listener. Instead of making comparisons to other bands, that’s what we should all be looking for in artists. But perhaps what is most striking is that they are just being themselves, and they seem unafraid to explore that. That’s probably the highest compliment I can pay to Dude York, and I’m excited for them to grow even more. 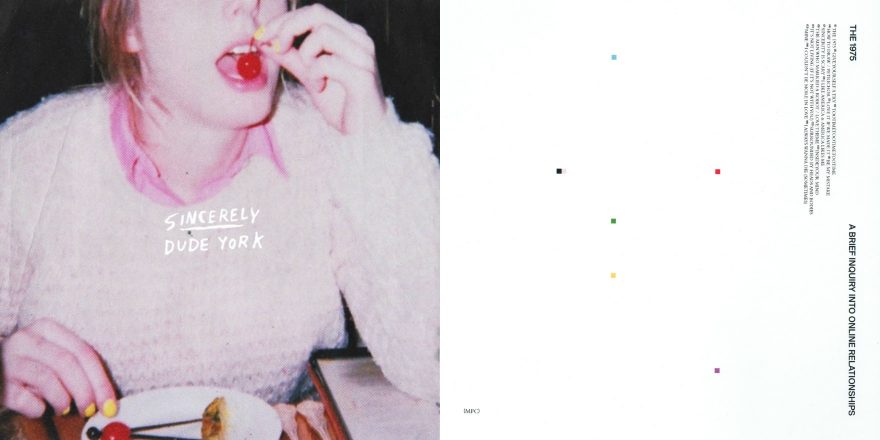