Kelly Loudenberg is a filmmaker and artist who has been exploring the American justice system for more than a decade, most recently through The Confession Tapes, the Netflix series she created and directed. This project has grown out of her work profiling individuals, systems and the grey areas of culpability and coercion. Kelly has contributed to the Atlantic, the New York Times, the New Yorker, and National Geographic. Her work has been shown at the Venice Architecture Biennale, Monte Vista Projects, SXSW Film Festival, and the Guggenheim Labs. She has also been artist-in-residence at the Nevada Museum of Art, the Center for Land Use Interpretation and Casa Wabi in Puerto Escondido, Mexico. More at http://www.kellyloudenberg.com.

In June, Netflix released my latest documentary series about flawed forensic science, Exhibit A. The pilot episode for this series is not with the rest of the work and it will probably never see the light of day. Not getting to share the first episode of the show was a huge disappointment for me and my team. Here, though, I’m sharing quotes and pictures from the episode to narrate the story, releasing it without actually releasing it. But first, some background.

Each episode in the series features a case in which the forensic science went severely wrong in a way indicative of problems within each field of so-called forensic “science.” Unfortunately, on the subject of bite marks, there were plenty of cases to choose from. I heard about the Tami Vance/Leigh Stubbs case more than a year ago and learned it was a grab bag of junk science: forensic video analysis, tool mark matching, and bite marks. One expert testified to the validity of all of it, the disgraced death investigator and forensic “expert” Michael West. I needed to talk to him.

Although bite mark analysis — the practice of comparing dental impressions with a suspect’s dentition — has been allowed in criminal courts for more than 40 years, over the past two decades, the accuracy of bite mark analysis has been increasingly questioned, even by former pioneers like Miami’s Dick Souviron, who famously used it to help convict serial killer Ted Bundy in the 1970s.

Despite his doubts, as recently as last April, Dick was training a group of cops in the science of bite marks, using a mold of Bundy’s teeth to bite a cadaver. A dentist that’s not afraid to indulge his sweet tooth, Dr. Dick also moonlights at the Miami Zoo, giving root canals to everything from lions to elephants. He was frank about his role as an expert: “Our testimony can alter a life to the point of being irreversible.”

We opened the episode with Tucker Carrington, the head of the Mississippi Innocence Project, asking this question, “What was going on in Mississippi in the early ’90s with biting? We’ve got a whole slew of people who are intent on committing a signature crime, and that signature crime is just a bite. This is like a sociological phenomenon, it’s like UFOs. It’s that bizarre. Didn’t anybody anywhere at any point ask themselves like, ‘What the fuck is going on here?’ Evidently not, evidently not.”

Tami Vance spent 12 years in an overcrowded women’s prison in central Mississippi. She was leaving her drug rehab center with two friends when one overdosed and was found unconscious. At the hospital, where she was in a coma, but ultimately survived, they discovered injuries to her head and part of her vagina was torn off. Bite mark expert Michael West investigated the marks on the victim’s body, and concluded she was bitten and sexually assaulted by her two friends. In court, he said, “It wouldn’t be unusual to find bite marks in a homosexual rape case.” When the prosecution asked whether bite marks “would almost be expected…”, West replied, “Almost.” He was pretty forthcoming about his own sex life when on the stand, “I’m hesitant to discuss oral sex with females. I’ve done it, but I’m not an expert.” He also told the jury he found “chew marks on the inside of the labia.” I’m not sure how he could have known this fact, either, “Her clitoris had suction placed on it for quite a while, very intense.” Tami was sentenced to 44 years based on West’s persuasive bite mark analysis, or what he described to me as “a very savage oral attack.”

When I sat down with Tami, it was the first interview she had ever done, and she was nervous. She speaks in a raspy Southern drawl of a whisper. She is very artistic and sensitive. “We got warrants for dental impressions. I mean, we’re like, ‘What in the world …?’ That’s when we really started getting scared, ’cause we were like, ‘What is this about?’ She was our friend.”

She cried when she remembered the verdict: “The very worst. The very worst part of it all was to hear our two mothers scream at the verdict … and being led away in handcuffs away from our family. I’ll never forget that sound in my head. Never.”

The prolific Michael West, now retired, still clings to the discipline that made his career – even as some men and women from his signature cases are exonerated.

He agreed to an interview, but as soon as we arrived in his home state of Mississippi, he referred me to his lawyer, who told us he couldn’t do any interviews. This was after months and months of dozens of phone calls on which I listened to him ramble about esoteric philosophy, sometimes until well past two o’clock in the morning. I thought I had the interview in the can and couldn’t have been more disappointed. I could hear him just behind the door of his dental office giving someone a root canal, but we knocked and knocked, and he never answered. We returned months later and finally got the interview. I still think it’s one of the most emotional and raw interviews I’ve ever done.

“A death investigator has to stay unemotional. This is a biological specimen. I always termed it the frog in the jar. And I have to examine this frog and I have to make records and document my stuff, then I can put the frog back in the jar and go on about my business. We all have our ways of separating ourselves from death.”

“Do you think Mississippi is a subset of the human race? Humans bite.”

“Do they?” I asked. “You don’t have to be from Mississippi to bite.” He replied.

When we returned to Jackson, we visited with Tami and her lifelong partner Pam again. They were raking the yard and their dog was running around in a state of frantic ecstasy. The light was just right and they seemed happy at last. 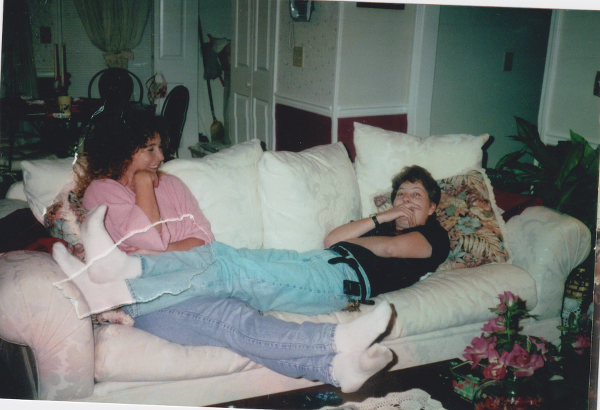 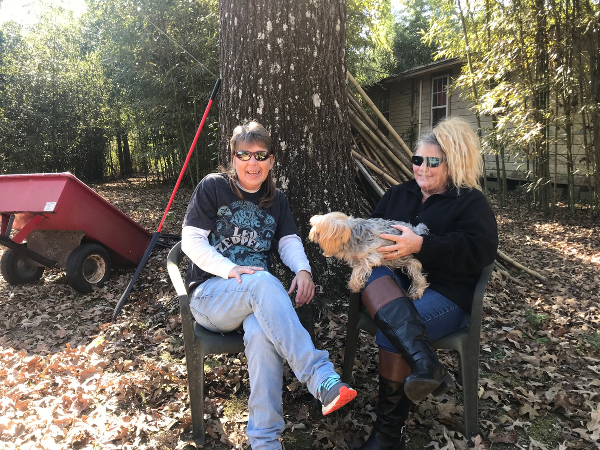 Tami’s lawyer Merrida Coxwell is a charming and well-dressed Southern Democrat in the mold of Atticus Finch. He learned about Tami’s case in a Richard Simmons-style aerobics class. “I did aerobics with her mom back in the ’80s. It’s where you kicked your leg up real high and you wore the tight spandex, multi-colored stuff that I am so happy we didn’t have cell phones back then because I could never live it down. She was one of the aerobics teachers.”

He had some good lines about West, too.

I think Dr. West represents the tip of the iceberg when it comes to pseudo or false science. He had his opinions. Nobody could check his opinions. Only he knew they were right. That’s not just systemic to Mississippi. That’s been systemic to the criminal justice system for as long as I’ve been a lawyer, which is 37 years now. I’m sure there are a lot of states that have their Dr. Wests. Hopefully those days are ending.”

“There’s this phrase that goes, It doesn’t matter who’s telling the truth, it matters who’s giving the appearance of telling the truth. If he had lived 150 years ago in the old West, he could’ve sold snake oil, would’ve had no problem at all. He had a folksy Plumber Joe way of talking. Dr. West certainly did a good job when he took the witness stand.”

I was looking through Merrida’s archive and found this drawing Tami sent him from prison. She loves being by the ocean. 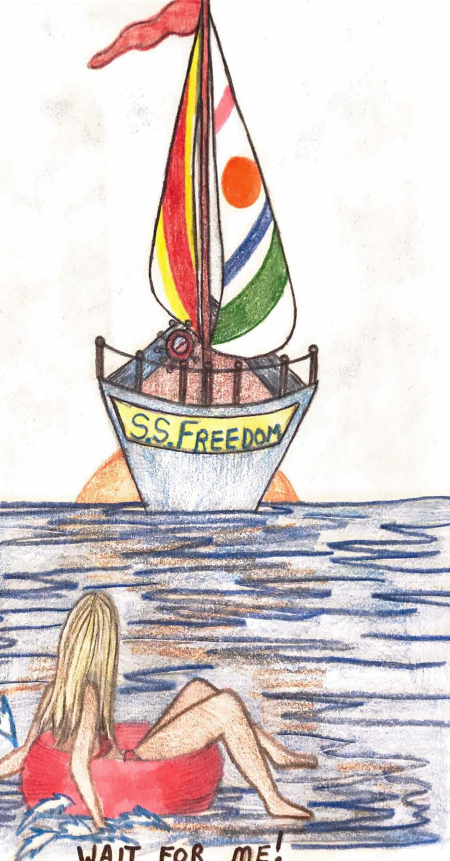 In Buffalo, we met up with a married couple of dentist academics who, just a few years ago, finally took the time to conduct actual research by biting cadavers. They discovered it was all pretty much bullshit.

“When we started, we noticed that no matter where we bit or how we bit it was still going to look different, and we couldn’t predict how that was going to look, or how much distortion it was going to have. That was a basic finding that we had, that the bites simply were not predictable.”

For additional footage to be used for cutaways during interviews, I even laid down on the autopsy table and played dead.

Our DP Meena Singh did a great job capturing the landscape of Mississippi that is weighed down with dark history and poverty and hard living. But there’s also beauty and poetry there.

Towards the end of the interview, West told me about the ghosts that haunt him now. “I know I’ve had problems here later in life, things that I had been able to compartmentalize and keep over here. Now, they’re all kinda comin’ back where they’re humans, or they were children, or little old ladies. There’s a price to be paid.”

But Tucker summed it up: “We allowed the Dr. Wests and Souvirons and others in the world to make these claims before scientific data supported that particular discipline. In other words, we had it completely backwards. I think it’s difficult for a criminal justice system more broadly to look back at a not-insignificant period of time and, goodness knows, a not-insignificant number of serious convictions and admit that you were wrong and not wrong on the margins, but fundamentally wrong.”

In the end, for reasons I can’t go into, this episode was forever shelved. I feel sad that I can’t share Tami’s story, so I hope that you get a sense of it here. The takeaway: Bite marks are as open to interpretation as a Rorschach inkblot test and shouldn’t be admitted in court.

Kelly Loudenberg is a filmmaker and artist who has been exploring the American justice system for more than a decade, most recently through The Confession Tapes, the Netflix series she created and directed. This project has grown out of her work profiling individuals, systems and the grey areas of culpability and coercion. Kelly has contributed to the Atlantic, the New York Times, the New Yorker, and National Geographic. Her work has been shown at the Venice Architecture Biennale, Monte Vista Projects, SXSW Film Festival, and the Guggenheim Labs. She has also been artist-in-residence at the Nevada Museum of Art, the Center for Land Use Interpretation and Casa Wabi in Puerto Escondido, Mexico. More at http://www.kellyloudenberg.com. 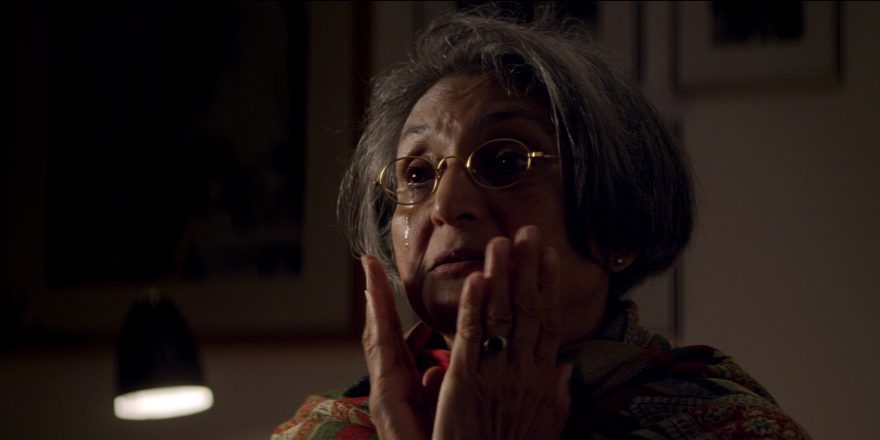