I want to start this review with some context: I grew up loathing popular country music. In my younger years, I was a portly Jewish boy trying to make it work in Philadelphia. I had no friend group until high school. I had a penchant for overblown progressive rock, Björk, OutKast, and anything that involved Billy Corgan. The country music that I knew was a corpulent, multi-headed beast from “the South,” an area I had never had the opportunity to visit. I knew that a lot of its vocal harmonies were in parallel thirds or fourths; I knew that it involved red Solo cups, cowboys and their hats, heavy drinking, lassoing of some kind, boots, and a heavy dose of heartbreak.

At age 14, I was a David Lynch obsessive. Lynch is from Missoula, Montana, and the underlying tone of his films is heavily influenced ‘50s Americana, and some even winks and nods to old Western movies. One night, I watched Fire Walk with Me in my living room alone at 1 AM; It was terrifying, but I was enchanted. Then I watched Mulholland Drive, which features an iconic cowboy character. None of this necessarily stoked any kind of love for cowboy culture, which makes it even more ironic that I live in Nashville now. It seems like we’re reaching an apex of cowboys in the pop culture at large. Mitski and Mac DeMarco have their respective “Cowboy” titles, and Kacey Musgraves’ record was a crossover smash with the NPR-core crowd. The Coen Brothers’ Ballad of Buster Scruggs is on Netflix. I saw more ten-gallon hats than ever at SXSW this year, but then again, that’s Texas for ya.

I guess it’s not all that surprising that I am in love with the debut Orville Peck record, Pony. I’m a weirdo, and this album isn’t for the Toby Keith crowd, per se. The similarities to Lynch’s work and that ever-present dichotomy of daylight mountain range beauty and violent, hallucinatory dusk speak to me. At times, it reminds me of Chris Isaak on ayahuasca, or an ‘80s western soap opera playing in reverse on a decrepit VHS tape. It’s like being at a Shell station in Wyoming, except Wyoming is a fever dream and you’re actually huffing a quart of ether with a crew of losing gamblers in a Las Vegas casino basement. There’s a hint of Roy Orbison in Orville’s voice, some mid-‘60s Scott Walker here and there. There are baritone guitars washed out in chorus pedals. There are the inevitable “Be My Baby” drum kicks. It feels like I should be dancing alone at the Waffle House at 3 AM.

Take a closer look at the lyrics, and it smacks you right in the face. This is a different kind of cowboy record, and it’s incredible. Consider these words from “Buffalo Run”:

There’s talk of rawhide, polish, and rosaries; its quintessentially Western imagery. But what about makeup… Is he wearing golden makeup on his eyelids? Is he telling his partners to beware of the Buffalo roaming in the desert, or is he the Buffalo? There’s also a turn in the lyrics that reveal an underlying sexuality.

I saw the tail on your lips
Another truth for my fists
Strike a match, need a lick and a promise
Head on, ride.

I can’t imagine these words in any other place than this particular record, and he plays with this strength throughout. His aesthetic is just as captivating and forward thinking as his writing. Orville usually conceals his identity with a leather Lone Ranger mask with tassels covering his face. It’s rare to have a mystery artist these days — I’m not counting The Masked Singer — but I think his ambiguity suits the presentation. When I listen to “Dead Of Night,” I want to know more about his story. Is he Canadian? From Nevada? Salt Lake City? Are some of these MIDI drum sounds from GarageBand? I have no clue.

I do know that Orville’s a smart lyricist. I’ve been reading Pat Pattison’s Writing Better Lyrics, and there’s a chapter about using line length to create instability. Orville’s choice to make the lines of the chorus in “Dead of Night” feel incomplete is effective here:

See the boys as they walk on by. Is it enough to make a young man cry? Pry, or sigh? The mystery makes me want to analyze, listen, re-listen. It reminds me of the simplistic longing of Bill Callahan’s “Too Many Birds.” Bill stretches out the line “If you could only stop your heart beat for one heart beat” by adding one word every time the final chord progression repeats. It’s a move I will probably ape for the rest of my life. Side question: Is Bill Callahan secretly country? There’s a direct line to Willie Nelson in that Texan drawl. (Maybe I’m more of a country fan than I’m willing to admit.)

Orville Peck’s production is sometimes unsettling, and for that I find his debut record deeply promising. It’s not the typical country record that I disavowed as a curmudgeonly teenager — it’s an arthouse cinema piece. The juxtaposition between the Morricone-esque palette, Orville’s gripping voice, and the lyrical syntax make the album completely singular. It’s a tattered romance novel for the ears. I love a good crooner, and Orville is certainly one of the few people rocking a natural vibrato. This mensch from Philadelphia might even throw on a nudie suit if Orville comes to town. The album captures the dark and unconscious. It’s not just the lonesome drinker crooning at the bar — it’s what happens to the lonesome drinker after they’ve been driving all night on a two lane road. 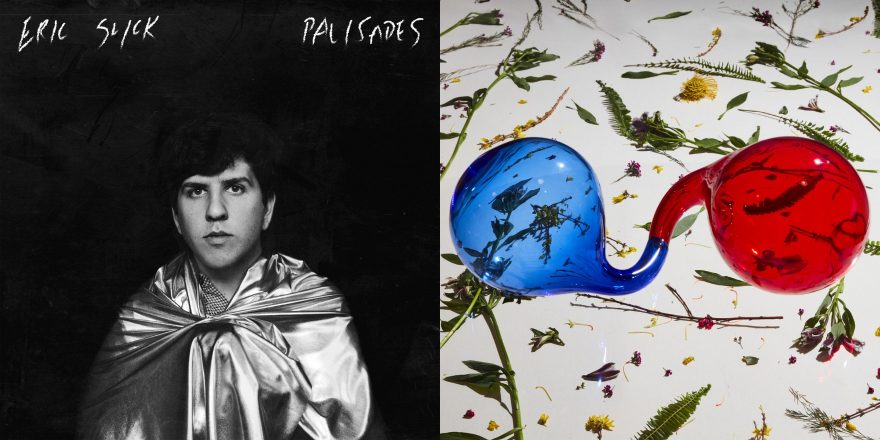