That’s Shelly Kaplow (Alec Baldwin) with my son Ethan on the set of The Cooler (2002). Fast forward to 2016: Ethan is directing his third short film, his own dark little noir. What the hell happened? He was just crawling around on the floor when I was making The Cooler. Who gave him permission to grow up?

Given the current state of the film industry (especially the indie sector) – and I never thought I’d ever say this – I don’t think I can, in good conscience, advise anyone to become a director anymore. It’s the one position in the industry where you’re not allowed to fail. Not even once. Director’s jail is a very real thing – and it’s pretty fucking overcrowded today. They even have a solitary confinement wing and take it from me, you wouldn’t like the food. I haven’t heard of Cinematographer’s jail, or Production Designer’s jail or Composer’s jail or Editor’s jail. Because they don’t exist. Most other creatives on a film set are already two or three films along by the time directors get done with the editing and testing and mixing – and by the time the film comes out and takes it licks, they’ve most likely got one or two strong rebound films in the can. It doesn’t usually work that way for directors (with the occasional exception of someone like David Ayers coming off the poorly received Sabotage and getting to start Fury before Sabotage gets released).

Take the movie Gigli. We all know the story of that film’s wipeout. It’s up there with Heaven’s Gate and Ishtar. Every other major creative behind that film has gone on to bigger and better things. Robert Elswit went on to win an Oscar for shooting There Will Be Blood and continues to work on blockbusters such as Mission: Impossible – Rogue Nation. Ben Affleck went on to win another Oscar for producing Argo (which he also directed) and to become the latest Batman. All the other creatives including Jennifer Lopez are constantly working. The writer and director of Gigli, Martin Brest (who previously directed hits like Beverly Hills Cop, Midnight Run and Scent of a Woman) has not directed a film since Gigli. I find it hard to believe that he never wanted to make another film after Gigli.

Everyone’s sins in this business seem to get cleansed, except for the director. And most of the time if the film is a box-office failure, it has little to do with the director. We are at the mercy of the producers and financiers who have the power to severely alter our work in the cutting room; the marketing budget (practically zero for most VOD releases) and a marketing department that rarely wants to hear from us; the whims of the audience on any given weekend, etc., etc.

Yeah, directors do fuck up. We can be assholes on set (although I try not to be) because we know that if we don’t deliver, we won’t likely get the opportunity again for a long time – if ever. The stakes are always high. It’s not that anyone believes a director has lost his or her talent after that disastrous opening weekend. You’re just seen as … damaged goods. A first-time director has more appeal than you because a first-timer has a clean record. You may have directed a couple of well-respected films, but that new director, although inexperienced, hasn’t committed the sin of failure – or failure to attract an audience. Actors go from being willing to jump into bed with you on anything because you’re “that” filmmaker, to passing on roles in projects of yours that they were previously aggressively lobbying for.

Let’s face it, it’s a brutal industry even for filmmakers who have a strong track record – especially filmmakers who like to cultivate their own unique projects. It took Bennett Miller, coming off the success of Capote, six years to make another film (Moneyball). That’s six years without doing the thing you love – being on a film set and making art. Meetings and lunches and even more meetings and all the rest of that bullshit doesn’t count. How do you support yourself in those six years?

It took Kathryn Bigelow six years to break out of Director’s jail after being convicted for K19: The Widowmaker and to rebound with the Oscar-winning The Hurt Locker. That’s more than half a decade of your life each time out.

I’ve only directed four films (and have shared screen credit on one other) and, believe me, it’s not from lack of trying. This business is all about the long game and having some strong supporters in your corner. I have enormous respect for producers (and even other directors) who pick up the phone when you’re down and say, “Hey, let’s get something going.” I can probably count those people on two hands. But when success comes around again, those are the people you want to share it with. The people who believe in you when it’s not trendy to.

I guess this is all a long-winded way of saying, if someone can talk you out of being a director, you didn’t want to be one bad enough – or you’re a rational human being. So far, I haven’t been able to convince my son not to become a director. But I’m trying…

The above was originally posted to Wayne Kramer’s Facebook page and is reprinted here with permission. 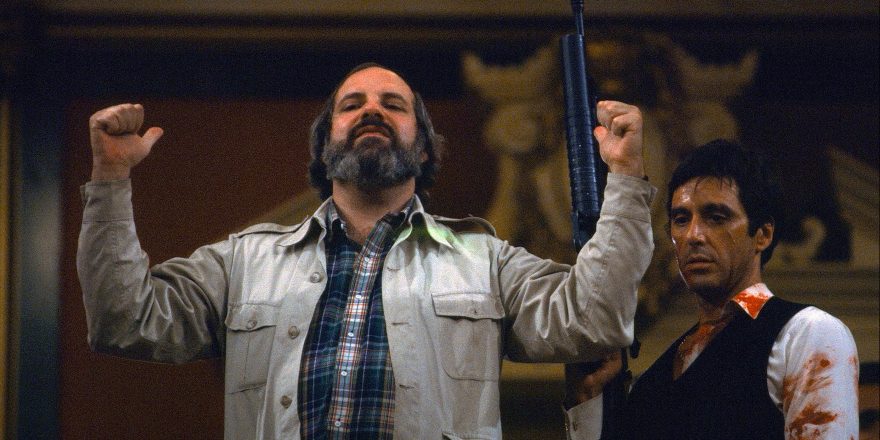 De Palma is the Most Compelling Movie of the Year