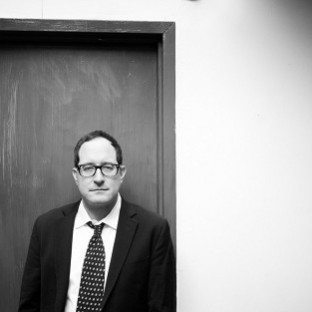 Massive Nights 2022 @theholdsteady week is upon us. Here's the traditional kick off photo of Bobby behind his drums… https://t.co/XCE1H8z4bI

Craig Finn, an American singer, songwriter and guitarist, is the man behind Lifter Puller, The Brokerdealer and The Hold Steady. He was also featured on Rhymesayers rapper P.O.S.'s Safety In Speed (Heavy Metal). He released his first solo album, Clear Heart Full Eyes, on January of 2012. Here is some background information on Clear Heart Full Eyes from the No Future Songfacts . In early 2011 Hold Steady frontman Craig Finn challenged himself to write a new song every day in his Brooklyn apartment for his first solo album. "I had written a bunch of songs that were outside of the norm for The Hold Steady, a little quieter and perhaps more narrative," he said. "I wanted to gain some experience and insight into the process of making a record by working with new people." Finn enlisted producer Mike McCarthy (Spoon) and traveled to an Austin, Texas studio far away from his New York comfort zone. He hooked up with some local musicians there, including members of Phosphorescent and White Denim and sang his vocals live, keeping takes to a minimum and completed recording in a few days. The resulting album, Clear Heart Full Eyes was released on January 24, 2012 on Vagrant Records. Read more on Last.fm. User-contributed text is available under the Creative Commons By-SA License; additional terms may apply.

The Hold Steady frontman is your new favorite podcast host.
The three musicians pay tribute and remember the life of Frightened Rabbit’s Scott Hutchison in this live podcast.
The Hold Steady frontman, whose new solo album drops in March, visits 30 Rock for a chat with the late night host about comedy, music and politics.
With heartland characters who fend off impending trouble with the thought of love, James McMurtry portrays the hope and sadness of today’s America.
I’m not sure I believe in summer songs. Summer is my least favorite season. I grew up in Minnesota where it’s mostly cold. I can deal with cold.
I was introduced to the Donkeys sometime around the release of their 2008 record Living on the Other Side. My friend John Darnielle told me abo
Daughn Gibson's music is most notable for how it melds sounds rooted in the recent past with those from the not-so-distant future. We live in a...