I was introduced to the Donkeys sometime around the release of their 2008 record Living on the Other Side. My friend John Darnielle told me about them. He said that they sounded like New Riders of the Purple Sage. I didn’t really know New Riders of the Purple Sage but I know John has fantastic taste so I made a note to check them out. Sometime later that month I noticed they were playing a show at Union Pool in Brooklyn, not far from my house. I hadn’t heard the record yet but I thought I’d go check it out. I went alone and settled in at the back of the room.

By the end of the set I had a new favorite band. The sound was classic, calling on west coast influences like the Grateful Dead and Crosby, Stills, Nash & Young. There was also a note of the wry shambling of Pavement, with the democratic makeup of the Band. Possibly, they sounded like New Riders of the Purple Sage, I still don’t know. They were loose in the right spots and tight when they should be. They were smiling ear to ear. What struck me most was the feeling that the four guys in the band had known each other for a long, long time. They had an ease about them, inside glances and a comfort that informed the music. Three of the four band members sang lead on a few songs each. It was glorious.

I saw the Donkeys a few more times after that and have turned on a bunch of my friends to their music. [Full disclosure: The Hold Steady played some tour dates with the Donkeys in 2011 and Craig wrote a blurb about this album for the band’s publicist — Ed.]  And yet I still found it difficult to put my finger on exactly what makes them so special to me.

Ride the Black Wave is the Donkeys’ fourth and best album. Listening to it made it  clearer to me that my love for the Donkeys is largely tied up in a romantic and (for me) unrealized vision of California. The legacies of most of the greatest rock & roll bands are tied into their geographic places: Springsteen has Jersey, the Ramones had NYC, Joy Division had Manchester, etc. The Donkeys put forth California in every song and every note, and the idea is vast and beautiful, like the state itself.

I’ve been to California plenty, even stayed 10 whole days one time. But this is California music by California kids. This is the sound of lives lived on the Pacific coast. It’s steeped in sunshine, surf and palm trees. But it also has the howling coyotes, the spooky winds, the traffic and the sprawl. It’s got a positivity and promise, but also wistfulness and loneliness. It’s the end of the line, the last stop before the endless Pacific. And it’s a pretty good place to be, most of the time.

The album starts out with a song called “Sunny Daze” that makes me feel like I’m squinting into the sun. It rolls like a drive on the ocean and there’s wind in my hair. And at six minutes, it’s long and meandering and sweet and groovy and I’m pretty sure we are all on vacation. They follow it up with “The Manx,” a mostly instrumental song with a loping sitar melody that comes in like a breeze off the Pacific, opens up into a blissful chorus of la’s and ends abruptly. The record floats along easy, with most of the songs being somewhat danceable or at least sway-able. Three band members split the lead vocals. The sitar is brandished as a secret weapon. Many of the songs are short, around two minutes long. Ideas are introduced and stated well, but not done to death. Always present is a vibe similar to the 1966 surfing doc The Endless Summer — wide open, joyful, and golden-hued.

Unsurprisingly, throughout the record there are various lyrics about California itself, with several contemplating leaving the state for another place. In the end, the verdict seems to be made that no place could compare. But California is not without its faultlines, and too much sun can be oppressive. It’s interesting that the band named the album for the repeated chorus of the song “Black Wave.” There is a haunting, even sinister element to this song, and by choosing this as the title, it suggests that the band doesn’t find sunshine everywhere.

In the end, the whole thing seems tied up in the big idea of Freedom. We look westward to find more space. We search for an elusive space for our bodies and minds to stretch out. People go to California to find themselves or someone else and often just reach the end. I have never lived in California. I have lived in Massachusetts, Minnesota and New York, all geographically and spiritually removed from the west coast.  California excites me as a romantic notion, but on my visits I’m often disappointed by the reality: the cars, the heat, the sprawl, the distances.  The Donkeys make music that speaks mostly to our utopian visions of the Pacific coast. It’s easy and fun and not uptight. It’s little deuce coupes and surfer girls. It’s that certain kind of freedom that we crave but find so elusive. Because it might not exist in real life, but only in songs.

In March, I saw the band play a SXSW show on a rooftop at a downtown place called Cheers Shot Bar. It was open to non-SXSW badge holders and there was no cover. There was a diverse crowd and it seemed a fair percentage of them had just wandered in without knowledge of the band. The Donkeys played an enthusiastic set and got everyone moving. I brought a few people with me.  There was drinking. There was dancing. There was singing. I believe everyone on that roof had a great time. I looked off into the beautiful Austin evening and felt that maybe we don’t have to go to California to find this one certain freedom, we can find it ourselves with the right people and the right music. The Donkeys bring that feeling of freedom to me. 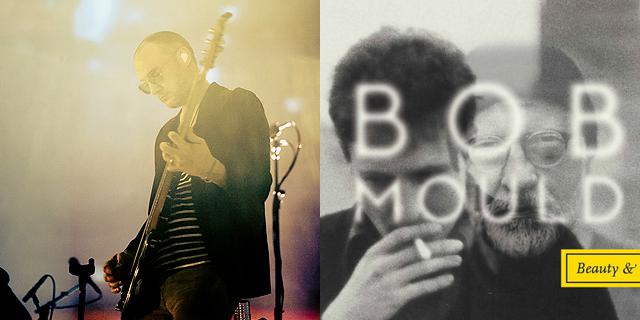