Charlie Gabriel is a fourth generation jazz musician from New Orleans. He is a clarinetist, saxophonist, and flutist for the Preservation Hall Jazz Band, as well as the Hall Foundation’s Musical Director. His latest album, 89, is out February 25 on Sub Pop.

Charlie Gabriel is a clarinetist, saxophonist, and flutist for the Preservation Hall Jazz Band, as well as the Hall Foundation’s Musical Director; Ben Jaffe is a bassist and the Creative Director of the Band. Charlie — a fourth generation jazz musician from New Orleans — is 89 years old, and his latest album, 89, celebrates his legendary career. It’s out tomorrow on Sub Pop, and ahead of its release, he and Ben caught up about it at their studio in New Orleans.
— Annie Fell, Editor-in-chief, Talkhouse Music

Charlie Gabriel: It’s a great memory, to see the [Preservation Hall Jazz] Band. Every year, my dad would leave Detroit and go back to New Orleans, and he’d say, “You get down to the Preservation Hall.” So I remember all that.

Ben Jaffe: Do you remember who put us in touch after Katrina?

Charlie: Well, you know, man, I don’t really remember what was going on at that period of time.

Ben: I’m going to jog your memory a little bit. After the storm, [Preservation Hall drummer] Shannon Powell called me and told me to give you a ring. And I don’t know if you recall this, but [clarinetist] Ralph Johnson was playing with us, and you knew Ralph’s father.

Charlie: Yeah, Son Johnson. Son Johnson and my father were good friends. He was one of the finest alto players.

Ben: He played alto? I thought he was a drummer.

Charlie: [Laughs.] Isn’t that something? So that was Ralph’s father.

Ben: And then Ralph was playing in the Preservation Hall Band, and it was right around when he was getting to that age where he couldn’t travel as much. Shannon gave me your phone number, and he said, “Call Charlie.” Then you came you came in the band, I think, 2006 or 2007. Somewhere right around there, because we did a recording with the Blind Boys of Alabama. We did that, and we toured all over with them.

Charlie: And you and me did “Yellow Moon.”

Ben: “Yellow Moon” was the first song that you and I really sat down and wrote together. I think we did that on the road somewhere — I brought the banjo out on the road.

Charlie: I remember you playing, and going, “Oh, we can do something with that.” I had my clarinet, so I started playing with you.

Ben: And that became “Yellow Moon.” Jim James produced that record [2013’s That’s It!]. He recorded it with us after we went out with My Morning Jacket.

So, something special happens — it’s something that happens so often that we probably don’t even think about it as [being as] beautiful as of a moment as it really is. But before we play at the Hall, or before we do a show somewhere or we’re here at the studio, we’re always jamming on something. We’re learning a song or you’re showing us a song, like something you were working at on the piano or you wanted to work out on the clarinet.

Charlie: What really happens is, you energize me and I energize someone else, and we all become the same person thinking in the same mind, musically speaking, and we all get a chance to express what we’ve been enjoying.

Charlie: I was about nine years old, around that age. He was in the Sidney Desvigne Band. He was playing alto. I saw the band one time — because I saw them many, many times — and they played “Stardust.” It was a big band, 15 pieces.

My dad took me to hear any band that came around, and even if I didn’t want to go, I had to go and hear them. He’d sit me right down there so I could see and hear everything. There were about 35 musicians who worked for the city. They were taking care of their family during that period of time, like a war band or a welfare band — [the city] paid them for their service. So they had city community projects for the neighborhood, they’d do concerts and people would come out to hear music. [The Sidney Desvigne Band] was that type of band. My dad would make sure I was there. We’d sit right down near the reed section and listen to all the people play. And if I didn’t learn anything, my dad would say to me, “What’s wrong with you, boy? You have a wooden ear?” [Laughs.]

Charlie: That was our sanctuary. It gave us something to look forward to. We kept the music going.

Ben: This is something that, again, it’s beautiful to be able to possess the ability to do this: to understand the power of music, to see the immediate impact of the way that music touches people. You’ve seen it, and you’ve been touched by music.

Charlie: All the time. What happens is, you play a sound into the universe, and it stays in the universe. It breathes, and we breathe it in. So we are music. We think music, like a scientist or a carpenter. A musical conversation, we’re having right now. We ain’t talking about wood — we’re talking about music. [Laughs.] That is wonderful. That’s what’s important about music: You have to learn the language. A good classical musician knows the language of classical music. A good jazz musician knows the same thing.

Traditional jazz music is called Dixieland. That disturbs me, when I see somebody call it “from the Land of Dixie.”

Ben: You don’t even have to say any of that. I just tell them to call it New Orleans music.

Well, I know that once Josh [Starkman, guitarist on 89] started coming over and we started learning the tunes, I called Matt [Aguiluz] up, our engineer, and he started coming in. If you recall, we would set up microphones in the kitchen, and we might have you out on the porch. Josh and I might be in the living room, and Matt would be in the other room.

Ben: Because of COVID, we were trying to keep everybody separate. We started recording all those songs, and it almost felt like the story of your life. Every one of those songs had some connection, a story just like “Stardust” and Louis Cottrell.

Charlie: Yeah, Louis Cottrell had a big impact on me as a musician. And then I met other musicians when I was young man — Brother Cornbread, I don’t know if you remember him too much.

Ben: He passed away before I was born. I remember the name.

Charlie: Well, Brother Cornbread was a very popular jazz clarinetist at that time. George Lewis was a wonderful clarinetist in New Orleans — if you wanted to hear clarinet, you had to come to New Orleans to hear a clarinet player. We had all the greats.

But that goes good with some trombone players — Louis Nelson.

Charlie: They say you couldn’t find a sweeter tone, than the tone in that trombone. I had the pleasure of hearing it, so I know that.

Ben: What would you say to somebody who’s never been to New Orleans before?

Charlie: I stayed for about four years in Taipei, Taiwan, and I would always tell everyone: If you really wanna enjoy some music on a daily basis, you’ve gotta go to New Orleans. Music is in everything that they do — the best of who they are comes out in the music.

Ben: You and me always talk about how beautiful New Orleans is. It’s a beautiful city.

Ben: The houses, the people…

Charlie: People with hospitality make New Orleans so beautiful. It can’t get more beautiful than that. They have a tendency to make you feel welcome. I told everyone that.

Ben: You always knew you were going to come home?

Charlie: Oh, yeah. My dad — his body left, but he never did. New Orleans stays in you.

Ben: So what do you think about this record that we just made, and about sharing it with people? Because, you know, we’ve been locked up for almost two years. We’ve been through this pandemic.

Charlie: Yeah, it’s a blessing to see people, so I’m sure it’ll be a blessing trying to share our love with them through our music.

Ben: There’s a song on there that we recorded, Charlie — and we wrote this one way back — “The darker it gets, the better I see…”

Charlie: “That little place inside of me.”

Ben: That’s a beautiful idea. That’s something I heard from a lot of people during COVID. We talk about it — for all of the pain and suffering of COVID, we’ve had this beautiful, precious time together. We recorded a record together, Charlie!

Charlie Gabriel is a fourth generation jazz musician from New Orleans. He is a clarinetist, saxophonist, and flutist for the Preservation Hall Jazz Band, as well as the Hall Foundation’s Musical Director. His latest album, 89, is out February 25 on Sub Pop. 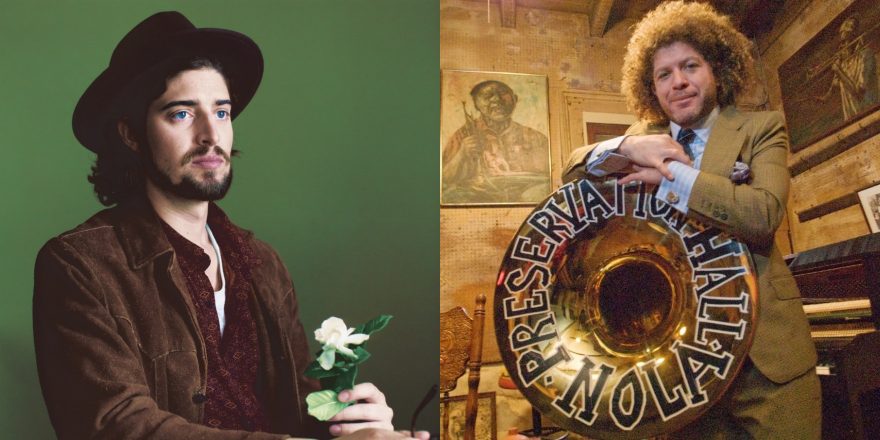 A Tale of Two Ben Jaffes 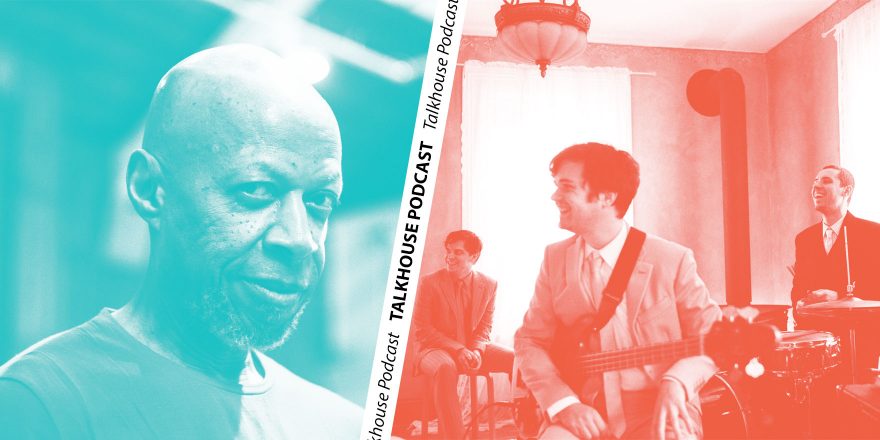 BadBadNotGood Talks with Laraaji on the Talkhouse Podcast