Words are useful, but there aren’t enough of them. Or there are too many. Either way, it’s the wrong number. Buddhists trace most conflict to confusion with language; The Tao says that if it can be spoken, it’s not the real Tao. So maybe words are a little underfunded, or at least underequipped. No matter how hard they try, they’re clinging by a finger. Then you leave the country and they just dissolve back into sounds. Voo lay voo cooshay aveck mwa?

Except names. Names are the words that stick, words at their most universal. The most common words for me are Ben Jaffe, that’s my name. There’s another Ben Jaffe out there though—at least one, but in all likelihood, quite a few. This fact has confronted me many times over the years, and recently it’s become a central issue. My prime co-namesman is from New Orleans. He is a musician, too, and possesses a wider renown than me, the Ben Jaffe writing this. If exposure is important to you, I suggest befriending him. You won’t have to remember a new name.

This coincidence had never provided me with anything more than a laugh and a disappointing call or two. More than once, my mental cash register has gone off with the sound of a music publisher’s voice on the line (*ching!*), saying they want to license a song of mine. Then my joy flops like a bounced check when they rattle off a title I’ve never heard.

Oh, you want the other Ben Jaffe. He’s in New Orleans.

Other Ben Jaffe leads a band called the Preservation Hall Jazz Band. Years ago, in my very first BJ/BJ mix-up, I had a lawyer (representing me for an innocuous “drug” possession charge) take a different approach to billing when he realized he and his son were not about to see ME in concert in a few weeks. The list goes on: A royalty check arrives for not me; I get a text message of a rock star playing a tuba in someone’s backyard (New Orleans Ben is a tuba player); Mandy Moore needs restaurant recommendations in the Big Easy. Like I said, gentle events bearing no great burden or reward. Just a slow tide, the multiplicity of the world, wearing away at my sense of ownership. Until Boston.

There was a day off on my August tour, I was playing support for surf-lord Donavon Frankenreiter, and my wonderful agent Kate said we’d gotten an offer to open, in Boston. The slot was with esteemed folk-chanteuse Shawn Colvin at the City Winery. I’m hungry to get on any stage that will have me these days, so I said yes, hopped in my leased Mazda and slung it down the unforgiving I-95. If the cluster of freeways near Los Angeles, (where I’m these days living), is the god of the Old Testament—reliable and ruthless in his brutality—then I-95 is Judas  Iscariot. A shifty eyed, treacherous fuck, unfortunately necessary for the narrative. I got to the City Winery by 6PM.

The Boston City Winery is located square on top of a pile of heritage. There’s Haymarket Square around the corner, Faneuil Hall down over there, TD Garden looming up, belching trashed revelers. The City Winery itself is presumably what happened when the House of Blues humped your favorite day spa, but the child was raised by its Grandma, the Hilton Garden Inn. Overwhelmingly cordial, the oddly young staff helped me in, ushering me down to a secluded Ikea-chic dressing room deep within the bowels of the complex. Frankly I was overjoyed. There was a shower in the room and glass bottles of water with those plastic swing-top corks. I did yoga and ordered salmon. An hour passed and Kevin, the fastidious production manager, asked me how I was doing. “Great, Kevin, thank you.” “Please follow me Ben, I’d like to get you backstage five minutes before show time. Just up these stairs. Please don’t play your guitar as we proceed through the lobby.” “Of course Kevin, let’s go, the salmon was fantastic.”

I’d gotten a brief moment just after soundcheck to meet Shawn and tell her thanks for having me. She was very kind with a slightly wary look in her eye, which I would later recast as confusion. Brushing it off, I’d gone back to my comfort dungeon to scrape my hummus plate clean, and that’s when Kevin summoned me. Wariness melted and the show was great. Despite a vibe-crush of a prerecorded message limiting City Winery’s general liability and the bar mitzvah aged pipsqueak presenter, I walked onstage to a sold out room, rapt at attention and loosened at the hinges by CW cabernet. Gorging myself on the pure oxygen of an attentive crowd, I blasted through the set, sang well and walked off to an exuberant applause. A triumphant feeling all around, not so much marred as flavored(?) by a real estate investor, an even multiple of my age full on #metoo style kissing me on the mouth as she swayed up to the bar. (The idea that sexual invasions of personal space is perpetrated solely by folks with testicles is a foolish fantasy, HOWEVER, I accept that while I may get a few drops of rain on my head now and then, it’s women who end up drenched by typhoons of aggressive douchery.)

I wiped off my mouth and sold some merch. People were kind and this was feeling like a pretty clear check in the W column as I packed up my things to go, shaking hands with the promoter on the way out. “Great show, Ben! Here, let me give you a little tour, we’d love to have you back, solo, or even with the band, haha!”

“Haha thanks, promoter! Which band?”

I’m not sure why I hesitated. I’ve been in another band for years, we’ve played City Winerys before in other cities, so there was nothing out of the ordinary about him mentioning it.

For the first time in all these years of mix-ups, I didn’t correct him. I swallowed my tongue and smiled and said eventually, yes, it’d be great to come back.

See, I never had a name to uphold like I was a Windsor or a Carnegie, but once I found this other Ben Jaffe, I had a name I wanted to live up to. I want to be the Ben Jaffe you MEANT to call, not the ground floor shmo passing you up to management. I feel ashamed wanting to be THAT Ben Jaffe. I don’t mean his music or how he looks or who his friends are, but the one whose power gifts other Ben Jaffe’s these circumstances. I want to be the peak of the pyramid, the standard bearer. That ego embarrasses me. Then I think of the Ben Jaffes that came before HIM, how there must have been a first. Young Ben Jaffe cobbling shoes in the Hungarian shtetl. Or maybe he’s felt he was the only one, until I came along. Now some indie-folk phantom nips at his heels, cashing his checks, cutting in on his territory. I hope not. I hope he trusts me with our name, or knows that a name is an indefensible thing, another part of ourselves we don’t possess. That’s the kind of Ben Jaffe I want to be. The kind that’s unattached, sympathetic to language for its wild inadequacy to communicate the vastness of what we live in. Share all you’ve worked for with me Ben Jaffe, and I will share with you. 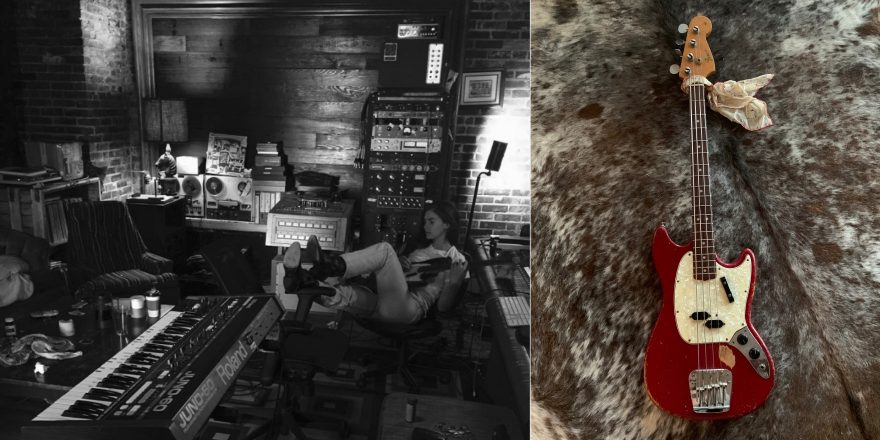 A Futile Recipe for Misery: on Comparing Yourself to Your Most Successful Peers