I live in Soho and went to see Beast at the my local cinema, the Angelika. When I saw it, I was so blown away by the movie and by its visuals. And Jessie Buckley, who plays the main character, is a phenomenal actress. It’s the kind of secluded film that has such grand visual gestures in the atmosphere that it creates. It’s a little like a movie that I acted in last year, The Strange Ones, in that it occupies this weird zone where you don’t know if it’s a dream, and you don’t know if it’s real. I loved it.

I’d seen the TV show Lovesick, which Johnny Flynn – the male lead in Beast – is also in, playing a sad, comedic character. It’s a challenging thing to move from comedic roles to serious ones. Someone who does it very well is Steve Carell. To watch The Office, and then to watch Bennett Miller’s Foxcatcher, it’s uncanny to watch that man who you know as this beloved sitcom character become this whole other human being. He’s always great at creating characters, but in that movie, he isn’t Steve Carell. I think a lot of comedic actors can’t really pull off moving into that dramatic mindspace, that zone, but Johnny Flynn has got this humility about him that you see in Lovesick which he also brings a little bit to his performance in Beast. And I was so drawn in by his humanity. Although Michael Pearce’s direction gives Beast an ambiguous, ominous quality, which adds a layer to the darkness that’s inherent in the plot, Flynn – as a human being, and through his character – really does drive that feeling of eeriness as well. For him to be able to achieve that in his performance – and for it to have that impact on someone like me, who’s a fan of his previous work – was remarkable to me.

When I watched Beast, I loved the fact that Michael Pearce created a world, very simplistically, through a deep understanding the geographics of Jersey, the island where the film takes place. Beast is almost like the visualization of how he uses the island as a claustrophobic setting for his characters. I just directed my first feature, Back Roads, which is a much more intimate film, but for next film I direct it’s very important to me to geographically create a sense of place, and one where you understand the claustrophobia of the characters – or whatever intentions I have in terms of making the audience feel a certain way. Michael Pearce did it so well in Beast. The film doesn’t rely a lot of set design, but dusk is used so effectively. Late in the film, there’s an amazing scene in the forest where you feel like you’re in the middle of nowhere. It’s almost like a post-apocalyptic world.

When I see films of that scale, it makes me incredibly happy. I love a contained film that is not trying to be anything more than what it is. It gives me hope to go and make more stories like that, like The Strange Ones and like Beast. Because even though it’s a drama, or a mystery drama, it’s such a beautifully comforting thing for that kind of film to be made in such a way. Maybe it’s just me being a filmmaker, or someone who loves film, or maybe I’m biased, but I came out of the film feeling genuinely affected by it, feeling eerie. And I was so happy I felt that way.

Alex Pettyfer
Beast
Best of 2018
film commentary
Michael Pearce
Best of 2018: Alan Sparhawk of Low Didn’t Like Courtney Barnett’s Music at First, But Now He Loves It
The Art of Water 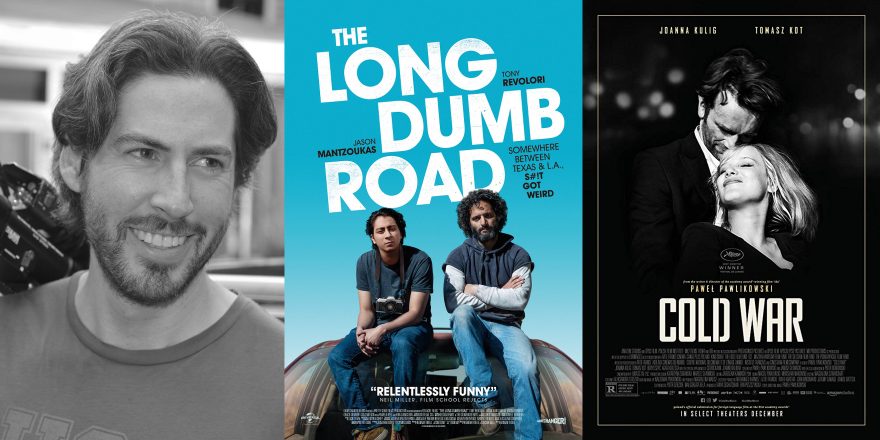