I’ve been fascinated by water for as long as I can remember. I find the ocean beautiful and mystifying; tranquil and absolutely terrifying. Temporary inner peace can be achieved simply by being in its presence, fears and anxieties almost literally washed away. But the sea is a violent beast that covers most of our planet, its movement and danger ceaseless. Water was here before us, it will be here after us, and it may be the force that finally ends us.

I didn’t hire a publicist to promote my new LP, so I was quite pleased to see a bit of coverage when I announced its release a few weeks ago, including a blurb from the indie blog Consequence of Sound:

“Ever the prolific one, Hutch Harris has returned with his debut solo album, Only Water, a mere seven months after disbanding The Thermals.”

I certainly hadn’t been feeling prolific. The last Thermals LP, We Disappear, had been released in April of 2016, and had been completed almost a year prior, in the summer of 2015. I had spent the fall of 2016 and all of 2017 assisting other bands and solo artists on projects of their own; co-writing a few records and producing more than a few with Victor Nash at his studio Destination: Universe in outer southeast Portland. I had been working on a lot of music and was still flexing my creative muscles on an almost daily basis, but personally i was in a bit of a dry spell: This was the longest amount of time I had gone without writing a song of my own in over twenty years. At the end of 2017 I felt the opposite of prolific. I wondered if I truly would disappear, as I had threatened. Every time I finish writing a record I feel like I’ll never be able to do it again, but this time I felt different. I felt like I may have wandered too long and too far from my home. I was lost in the desert with no map and no hope, no oasis in sight.

Maybe I was just being dramatic! Hey I am an artist. Those in the business of expression—whether it pays or not—know that often a dry spell can be relieved with just a drop of water. New days and new ideas are always just around the corner, and sometimes it only takes a tiny spark to start a fire. Sometimes you just have to pull your head out of your ass and get back to work.

Which wasn’t really my problem, not at that point. In the early winter of 2018 I was happy, I was healthy, and I was busy. But I still needed something to come along and push me back to where I rightly belonged. That push came in the form of my best friend Kathy Foster. No surprise there: Kathy has been inspiring and motivating me for a few decades now. In February The Thermals had disbanded, though we had not yet announced it publicly. Kathy was already a few songs into her new project, Roseblood. She asked me for help when she went in to track a few songs at Destination: Universe.

I can’t say I was producing, or even co-producing. I think I was there for emotional support. I mostly sat on the couch reading about the American opioid epidemic. Kathy didn’t need much help! She wrote all the music and she played all the instruments. She was prepared, she was focused, and she got the job done. It was there and then that I found the inspiration and motivation to make my record. Although it took a second to sink in.

I was swimming at the gym a few days later when it all became clear. I could prepare. I could focus. I had been producing records at Destination: Universe for almost two years now. Why hadn’t I produced my own? I could, and I would. I booked some time to track an LP with Victor at D:U in a few separate sessions over the next six months.

I have a modest studio setup at my house. One room with a few tape machines and a desktop Mac with a current version of Pro Tools. I’ve done home records on tape before—and I believe I will again in the future—but as I was just doing demos that I would re-track in the studio, I went straight into the box. The goal was to write and record quickly. The demos didn’t need to be pretty, they just needed to allow me to capture and convey my ideas. A cheap canvas upon which to smear sound and words.

The first four or five songs I worked on were actually pieces I had been holding on to for some time. This is not usually something I do when I start writing a record: I usually find that if a song or a part of a song hasn’t worked in the past, it won’t work now. Better to abandon it and start fresh. But this time I had a lot of luck re-animating the half-deads I had before me. These were patterns I really loved and I wanted to see them live again. They started coming to life quicker than I could’ve imagined. I kept them short and simple, as I like them. If Only Water reinforces anything about my style, it is that I am a minimalist to the maximum degree. Less is always infinitely more to me. I am always listening to a song to hear what can be removed. Some bands I’ve produced find themselves deep in the weeds as they over-embellish. I find that if you have a strong song, too many overdubs will only corrupt it. Write a good song and let it stand on its own, unencumbered by unnecessary frills.

I decided I would do as little as possible when tracking my new songs. They would be softer and quieter than anything I had done before. I had spent the last fifteen years of my life screaming over walls of high frequencies. For this record I would use no guitar distortion. Bucking against the current trend of what I see as the over-pedaling of indie rock, I would use no guitar pedals at all. I would play no cymbals. I would leave space, something which I feel is missing from much music these days. No cymbals and no distortion would leave ample room in the high range for my vocals. I would sing softly; in a hushed tone, simplifying my lyrics. In my career I have often tried to cram every feeling I’ve ever had into my lyrics. I wanted every song to sum up every emotion I’ve ever felt about life, love, and death. When I wrote lyrics this year I simply asked myself how I was feeling in the exact moment I was writing.

I recently read the book Effortless Mastery, by jazz pianist Kenny Werner. I could write endlessly about how much this book has improved my writing and performing, but I will try to give you the gist, as I understand it: Fear is what stops us from writing, practicing and enjoying our creative pursuits. Once we overcome our fear, we are able to fully realize and enjoy our talents and the fruits thereof. Werner teaches that beautiful music can be produced with minimal physical effort: Gently touching just a single piano key can produce a superb sound and a joyous emotion. The lessons of this book became a huge part of my writing and rehearsal process. I composed in a relaxed, easy manner. I remembered that creating music is a pleasure and a privilege, not a chore.

A few months into this year I went through a peaceful but bittersweet breakup. My feelings of loss and regret informed the second and last batch of songs I would write for Only Water. In late summer I traveled to Rockaway Beach on the Oregon coast for a weekend to collect my thoughts and finish the record. It was there that I wrote the title track and realized what the album was about. It wasn’t about heartbreak, and it wasn’t about my most recent failed relationship. It was—it is—about feeling lonely and isolated and blaming no one but myself. It all made sense! I had subtracted basic mechanical elements: Cymbals, pedal, overwrought lyrics. I had subtracted what are arguably our two strongest emotions: Fear and love. Finally, I subtracted all human connections, to float alone in the middle of this vast ocean I have revered and reviled for so long.

Although I did finish my record, I still find myself floating. It is lonely, but I feel I will find my way back eventually. I know I still have so much to learn, and I know I will love again. But for now, I am alone. Where I float, there is nothing to see or hear. There is no distortion, no noise at all. There is no love but there is also no fear. There is only water. 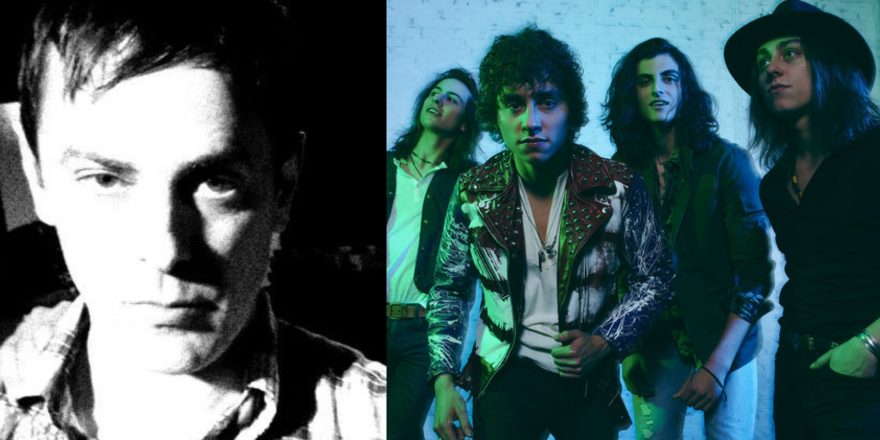 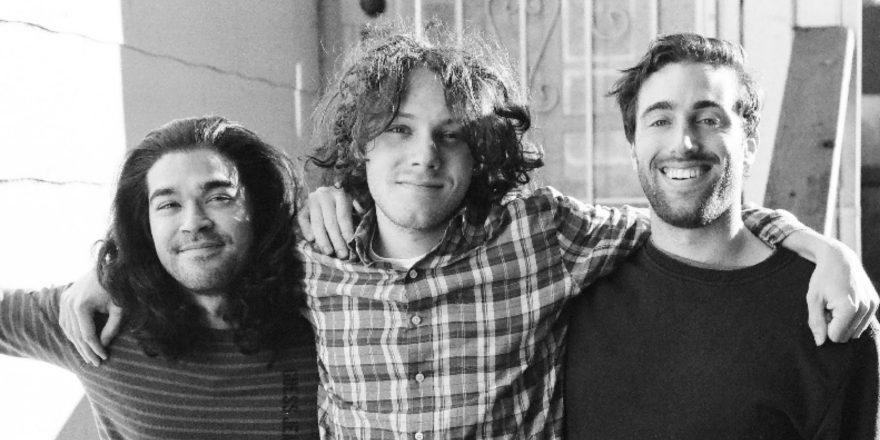