On September 26, 2021, my alarm went off at 4:30 in the morning. Not a time of day you want to hear that sound. But, uncharacteristically, I jumped out of bed. It was the first day of production of my first feature film, JANE, and my excited and anxious thoughts had kept me awake for much of the night. It wasn’t long before I walked onto set: Sandia Prep High School in Albuquerque, New Mexico.

I entered the large, glass atrium as the sun began its ascent, shining a spotlight on a large banner hanging from the ceiling that read: “Greenwood School for Girls.” I had to do a double take. The font and color scheme were eerily similar to that of my own high school, the Archer School for Girls in Los Angeles. Then, laughter echoed from a group of background actors, teenage girls all sporting the “Greenwood” uniform I’d created alongside my costume designer. I don’t have to tell you what they resembled.

At that moment I realized, “Holy shit, I just sent myself back to high school.” 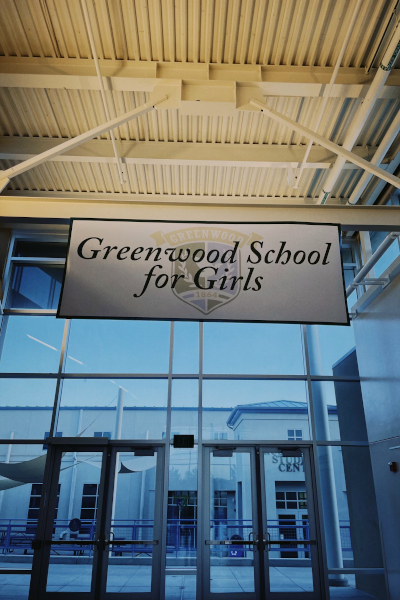 I, like most people, have complicated feelings about high school. How can you not, when it’s the place you spent most of your teenage years, a time period where the highs feel so high, and the lows feel so low? There is a reason most people declare it to either be “the worst” or “the best,” when in reality, it is probably somewhere in the middle. But what is reality at that age? When you are a teenager, everything is either the end of the world, or the most amazing thing ever. Emotions — and hormones — run rampant and the stakes have never been higher.

This is at the heart of JANE, which is about one young woman’s desire to succeed, no matter the cost. When our protagonist, Olivia, is deferred from her dream college, it sets off a series of panic attacks, and we catch a glimpse of the immense internal pressure she puts on herself. Unsure how else to proceed, Olivia enlists a friend, and together they embark on a social media-fueled rampage to attack anyone they perceive as standing in their way. But as pressure mounts, things begin to unravel and the characters become at odds with the other as their priorities shift.

In the process of making this film, I was often asked about the “stakes” — a term used in filmmaking to determine what is on the line for a character, as well as the importance of the plot. But I believe we cannot assess how high the stakes are without looking at the context. Something that might not otherwise seem like a big deal is suddenly given a new gravitas in the right world and perspective. Yes, Olivia pushes things towards an immensely dark and twisted climax, but from her warped perspective, this is what needs to be done. It doesn’t matter that to an outside eye, her life might appear fine; she feels it’s in dire shape.

When I was in high school, MySpace was having its moment as the go-to social media platform. On MySpace at this time, it was required that you list your “Top Eight” friends, and their profiles would be displayed and linked on yours. Enter social politics: what if you put someone in your Top Eight and they didn’t put you in theirs? What if you were a higher number on theirs than you’d selected for them? What if you didn’t have eight close friends?

At a small all-girls school like mine, a large amount of social currency was given to friends outside of school, particularly a boyfriend, if you were so lucky. It was a tight-knit, high pressure environment, and everyone seemed to know each other’s business. And one classmate who wasn’t very popular always talked about her boyfriend and friends who were students elsewhere, who could be found on her Top Eight. In fact, they regularly commented on her photos and posted on her profile.

One day, she came to school in tears, lamenting that boyfriend had died in a car accident. At first, there was an outpouring of sympathy for her. That is, until it was discovered by one sleuthing student that this boyfriend never existed! He wasn’t real. She had made him up and created his MySpace profile. Furthermore, she did the same thing for her remaining seven “top” friends. At the time, this discovery rendered her a pariah, and she ended up leaving the school, the group mentality a force to be reckoned with. And while her actions were undoubtedly a bit crazy, with the perspective of time and age, I have also come to see how sad it was that she felt it was necessary to go to these lengths to fit in.

This is just one of many true stories that served as an inspiration for JANE. (I could also talk about the girl who ranked everyone in our grade by attractiveness and declared she would only talk to the top 10 on her list. She, of course, was not given a number, but I digress….) And that doesn’t even scratch the surface of the academic pressures, particularly around college admissions. In a small prep school, most students were applying to the same universities, which were hard enough to get into without competing with your classmates for the few spots given to each high school. Just as you can see in JANE, our admissions hallway was lined with college pennants, which a student was allowed to hang up after they were accepted into their school of choice.

Incidents that seem almost stranger than fiction outside of those walls were just a drop in the bucket when you were in that world.

And that is part of the reason I love films about high school: even if a character’s goal may seem frivolous in a vacuum, in this setting they have life-or-death importance. As we walked through our first location scout in New Mexico, I overheard a teenage girl saying she would “die” if something happened. It doesn’t matter what it was, only that she believed the depth of her emotion.

Because of this, high school movies tend to lean into a strong sense of genre: comedy, horror, thriller, rom-com, etc. Feelings at that time are so immense, only the extremes of these categories are fit to contain them. This allows you to buy the lengths an outsider will go to in Heathers, the grand gestures in 10 Things I Hate About You, the cliquiness of Mean Girls, the mind games of Cruel Intentions, the need for escape in Ferris Bueller’s Day Off and so on. But these films also say something greater, because at that age, our wants and hurts are so clear, there is always a true message about human nature at the heart of these larger-than-life stories.

So the question I had to ask myself while standing in a pseudo-recreation of my high school was, why did I place myself in this bizarre form of immersion therapy? Of course, as artists we tend to explore pieces of our lives as a way of making sense of them or sharing a truth we learned through those moments. In high school, I really felt that every decision I made would cement the path for the rest of my life, that I might succeed or fail on the basis of any one moment. But as I’ve gotten older, I’ve realized that our sense of reality is so predicated on how we feel at any given time, there is often no such thing as objectivity. And by living in this heightened world (through the thrilling lens of this film), I’ve gained a lot of sympathy for my teenage years and have come to enjoy the depth of those feelings. I’m not saying we should live like that always, but our teenage years tell us a lot about our fears, hopes and desires, and I think that’s something worth listening to. Though not always acting upon. 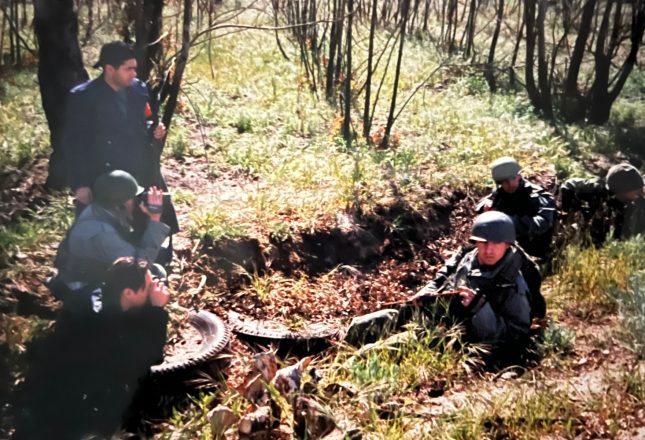 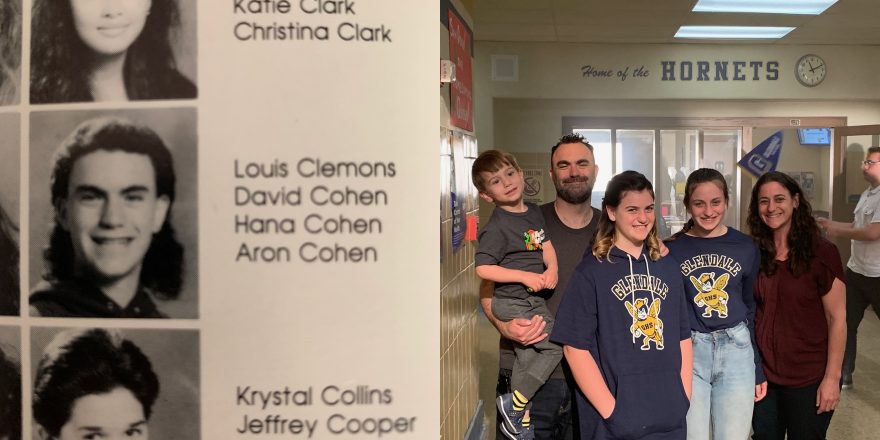 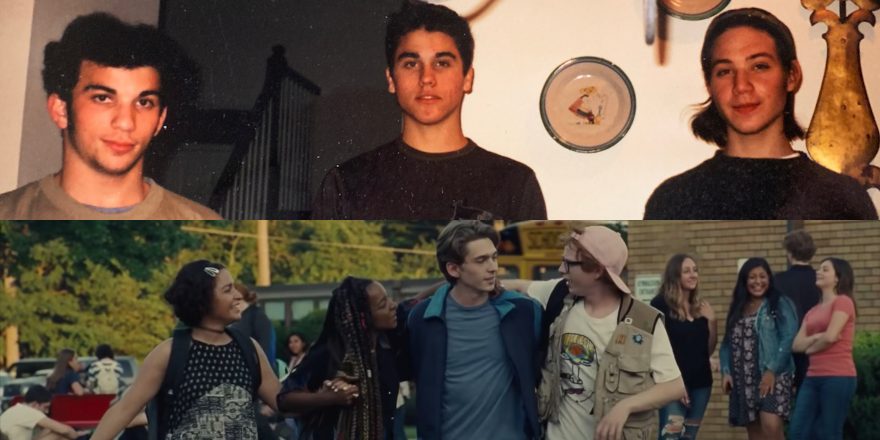 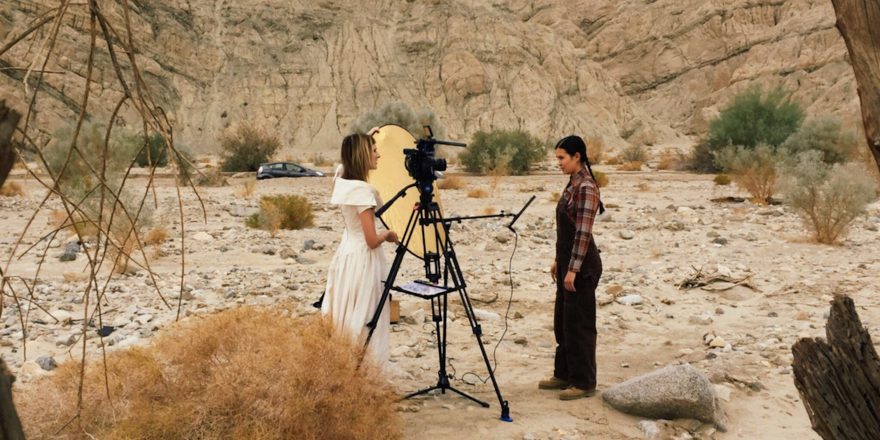 How We Survived Making Our First Feature Film Without a Crew, and the Greatest Fly Attack of Our Lives