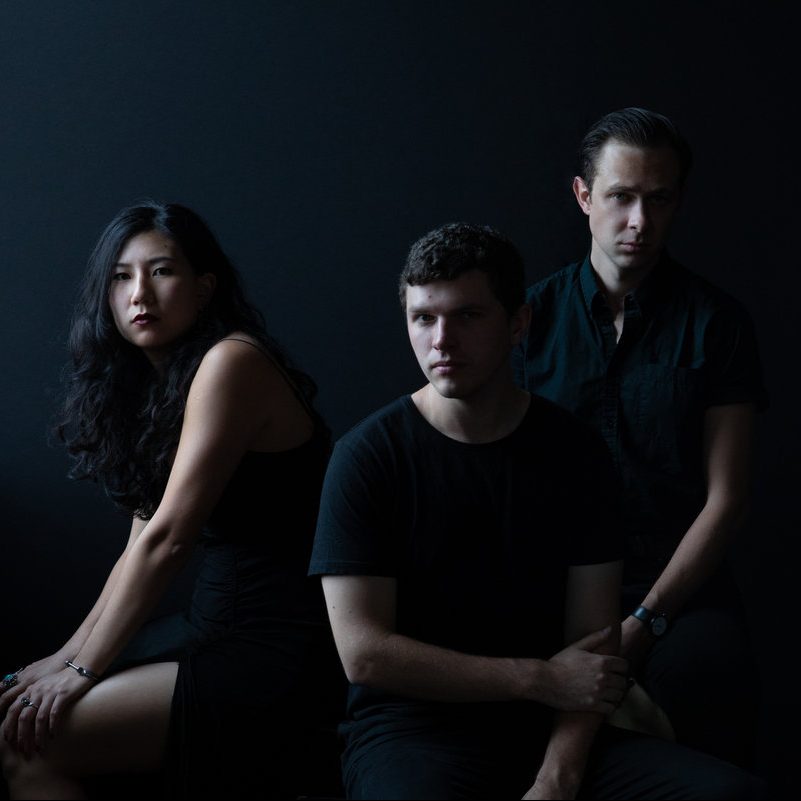 The inception of Wax Chattels occurred rather rapidly. Several years after completing jazz school together, Peter Ruddell and Amanda Cheng reconnected at a Preoccupations show in 2016 at Auckland’s legendary Kings Arms Tavern. The pair quickly decided that they wanted to create some noise together, and wrote a few demos before enlisting drummer Tom Leggett. It wasn’t long before Wax Chattels were up and positively running, becoming a fixture at local haunts and dive bars with their punishingly abrasive, yet polished, live set.

The band were a week shy of embarking on their 2017 DIY tour of Japan, China and Taiwan when they played a set at Auckland’s independent festival The Others Way. Captured Tracks founder, Mike Sniper, happened to be in the room for just two songs of Wax Chattels’ set, before he had to rush off to another venue. As it turns out, those two songs were proof enough for Mike Sniper and Ben Howe to co-sign Wax Chattels to Captured Tracks and Flying Nun Records on the spot. The band played an unscheduled set at an industry showcase the following night, which allowed Mike to fully comprehend what he’d got himself into. As the band have since said, “We want to play shows that make people feel uncomfortable. The goal is to leave the audience feeling slightly altered, like they have experienced — not just heard or seen — something.”

It is universally agreed that Wax Chattels are a must-see live act and their eponymous debut album captured this perfectly. Their hypnotically sinister debut was released in May 2018 and was supported by six months of relentless touring: a NZ tour, two tours of Australia, a stint in the UK and two major North American tours. The album reached #7 on the Official New Zealand Album Charts, and album release week saw the title feature as #1 in Rough Trade’s ‘Top 20 New Releases’ and AV Club’s “most anticipated album”. The album’s success at home and abroad led to the well-deserved nomination of Best Alternative Artist at the 2018 New Zealand Music Awards, as well as the band’s inclusion in the coveted shortlist of finalists for the Taite Music Prize and Auckland Live Best Independent Debut Award. After a knock-out debut, the anticipation that surrounds their sophomore album, Clot, is immense.

RT @_alex_cabre: very happy to have written my first piece (hopefully of many) for @TheSpinoffTV 🤩 i spoke to Eamon @thechatsband Amanda @…

The New Zealand band on playing a post-quarantine show.