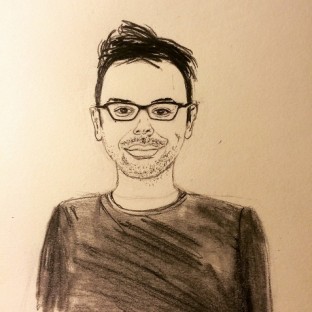 Nathan Silver graduated from NYU’s Tisch School of the Arts in 2005. Since then, the filmmaker has written and directed five short films and eight feature films.  His films have played festivals and venues around the world, including New York Film Festival, Tribeca, Locarno, Rotterdam, Viennale, Deauville, Melbourne, AFI, MoMA and the Cineteca Nacional Mexico. (Portrait by Cait MacIntosh.)

Nathan Silver, who has cast his mother Cindy in nearly all his films, tries to make sense of their complex and often fraught working relationship.
Talkhouse Film contributors dig around on IMDb, Amazon, Netflix and more to find the most hilariously outspoken takes on their movies.
Preparing to embark on two new projects, a filmmaker looks to a new movie by a great French director for ideas he can steal for his own work.
At his second attempt, the Brooklyn director writes about one of the Tales of the Four Seasons, plus a deal with the devil and Kelsey Grammer sitcoms.