Nathan Silver
Nathan Silver
Nathan Silver graduated from NYU’s Tisch School of the Arts in 2005. Since then, the filmmaker has written and directed five short films and eight feature films.  His films have played festivals and venues around the world, including New York Film Festival, Tribeca, Locarno, Rotterdam, Viennale, Deauville, Melbourne, AFI, MoMA and the Cineteca Nacional Mexico. (Portrait by Cait MacIntosh.)

Over the past few years, I’ve started wondering what the hell film criticism is all about. It seems more or less like it exists to be posted and re-posted by the filmmakers and production companies and to die in press kits, on websites and in the social media dumpster. Little of it remains or is remembered. I’m insanely grateful for any piece that’s been devoted to my movies, but I’m still suspicious of the whole media game. In fact, the only piece of criticism I return to on a regular basis is Nick Pinkerton’s essay for Reverse Shot on Pialat’s A Nos Amours. It contains one of my favorite sentences of all time:

Re-watching [A Nos Amours] gives the frustrating awareness of how comparatively petty many of the experiences I have — and have had — with movies are, how a diet of mediocrity accustoms me to betraying a natural expectation that art can expand its frame into the world I’m living in; the sad truth is that most films evaporate the moment we emerge from the theater, vanquished by the more engaging muddle of life.

The essay reminds me not only why I fell for A Nos Amours in the first place but also, more importantly, what kind of movies I should strive to make. Having said all this, I’m going to focus on how I watched Bertrand Bonello’s On War rather than do a straightforward write-up of it.

I’m in the midst of preparing two movies. In my current state, whenever I watch a movie all that pops out to me are those things that I want to steal. I don’t care about the movie’s quality; I’m on the hunt for elements I can incorporate into my own work. Knowing this about myself, I started keeping what I call my “thief’s journal” back in 2013. As soon as a movie begins, I start taking mental notes that I then jot down when I get home. Sometimes I forward a few of these to my conspirators, but mostly I just keep the journal to know I have something to turn to if my brain runs dry.

Here’s what I jotted down directly after watching On War:

This is all I came away with; usually, I walk away with three or four pages of notes. Perhaps this is because I watched the movie on Thanksgiving morning, and I was more interested in what was going on at my parents’ house than in what was on my computer screen. I could hear my parents’ muffled bickering downstairs, and I started plotting a movie I’ve been meaning to make about our cat Daisy. We bought Daisy for two reasons: to be in Exit Elena and to fill the hole that the death of Absinthe, our previous cat, had left in my parents’ heart. Daisy has her own room in the house that no one aside from my parents is allowed to enter. My parents will only allow Daisy to go outside when tethered to a leash. This is due to the fact that our first cat, Maniac, got hit by a car. Ever since then, my mother has kept her cats close and cared for them with as much attention as she gives to her own children. Somehow even under my mother’s watchful, loving eye, Daisy’s two predecessors, Absinthe and Spunky, both died at the tender age of 10. With three dead cats to her name, my mother wants to ensure that Daisy will have a long, healthy life, so she is constantly concerned as to Daisy’s whereabouts, if her bowel movements are regular, and if she’s eaten her normal amount of food. If you come visit my parents, you will hear my mother scream to my father multiple times, “Where is the cat?” That question would serve as the title of the movie, and the bare-bones idea is that I would attach a camera and microphone to Daisy and record my parents from her perspective. I’m a big fan of Véréna Paravel and Lucien Castaing-Taylor’s Leviathan, and I believe that the atmosphere in my parents’ house is as murky and fascinating as the North Atlantic. But I don’t want to say any more about it, because I now plan on shooting in a few weeks.

I thought about Daisy and my parents throughout the duration of On War, proving Pinkerton’s statement that most movies are indeed “vanquished by the more engaging muddle of life.” 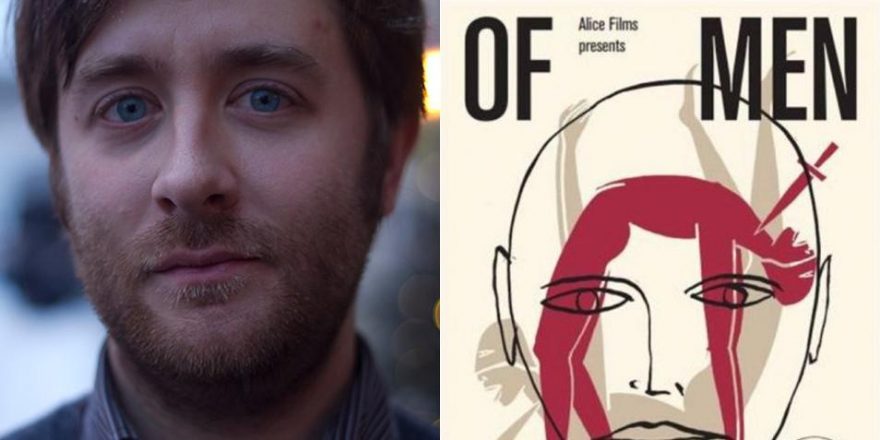