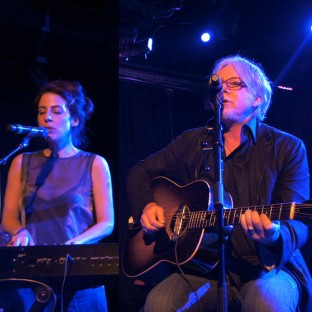 Mike Mills is best known as the co-founder and bassist of seminal rock band R.E.M. He has also played in the Baseball Project and Hindu Love Gods.

Marilyn Carino gained notoriety as the songwriter and frontwoman of post-trip-hop band Mudville and as a solo artist and producer. Carino and Mills embarked on a joint writing endeavor for the soundtrack to a film that was never completed, but which resulted in one song, “War and Peace,” that will be included on Carino’s album Leaves, Sadness, Science, which will be out April 14. You can follow Mills on Twitter here and Carino on Twitter here.

@SadlerVaden I’m a fan of the Dan.

Mike Mills was the bass guitarist and keyboards player for R.E.M. Read more on Last.fm. User-contributed text is available under the Creative Commons By-SA License; additional terms may apply.