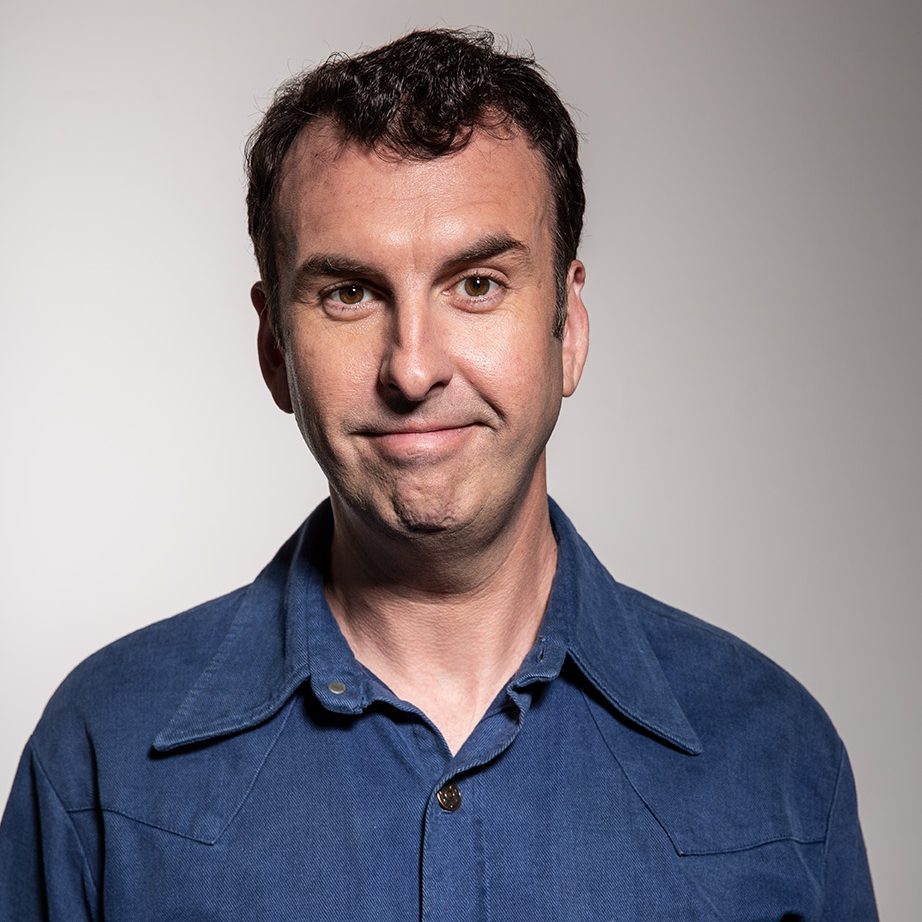 Matt Braunger was raised in Portland, Oregon and exposed to a lot of art there, both high and low. After graduating with a Bachelor of Fine Arts from a small NYC college called Manhattanville, he moved to Chicago and chose to do the low kind (comedy). He studied under Del Close (the father of modern improv), was kicked off his improv team for refusing to take further classes, and clumsily pivoted to stand-up comedy (the lowest of the low). That was 20 years ago. Since then he’s performed on every Late Night show on television, has had two comedy specials on Comedy Central, and one on Netflix. His three comedy albums (Soak Up the Night, Shovel Fighter, and Big Dumb Animal) are among the most listened to on internet and streaming radio. In 2007 Matt co-founded one of the most beloved comedy festivals in the country, Portland’s Bridgetown Comedy Festival. On its tenth anniversary, he recorded his new comedy special, Finally Live in Portland, during the fest in a former porn theatre, The Paris. FLIP is out via Comedy Dynamics and on streaming services everywhere, including Amazon Prime, iTunes Store, and many more.

Braunger’s latest endeavor is a podcast called “Advice from a Dipshit with Matt Braunger,” available on Spotify, Stitcher, Apple and everywhere else. In each episode, Braunger hears messages left for him by people wanting advice, then doles it out from a well-meaning dipshit’s perspective.

Matt lives in Los Angeles now but goes back to Portland every chance he gets.

@TSting18 Such a great scene. Forgot how the one astronaut tosses that guy aside as they leave lol

Dragons know how to melt iron….. and irony!
“Shit,” says Jon Snow with his eyes.
Redhead Savage says that barfing is celebrating.
Was that Arya? It’s so damn dark.
All the Edgar Winters wait outside the walls.
The comedian kicks off his weekly recaps of GOT Season 8.
“No one gives a shit about comedy, in the grand scheme of things.”