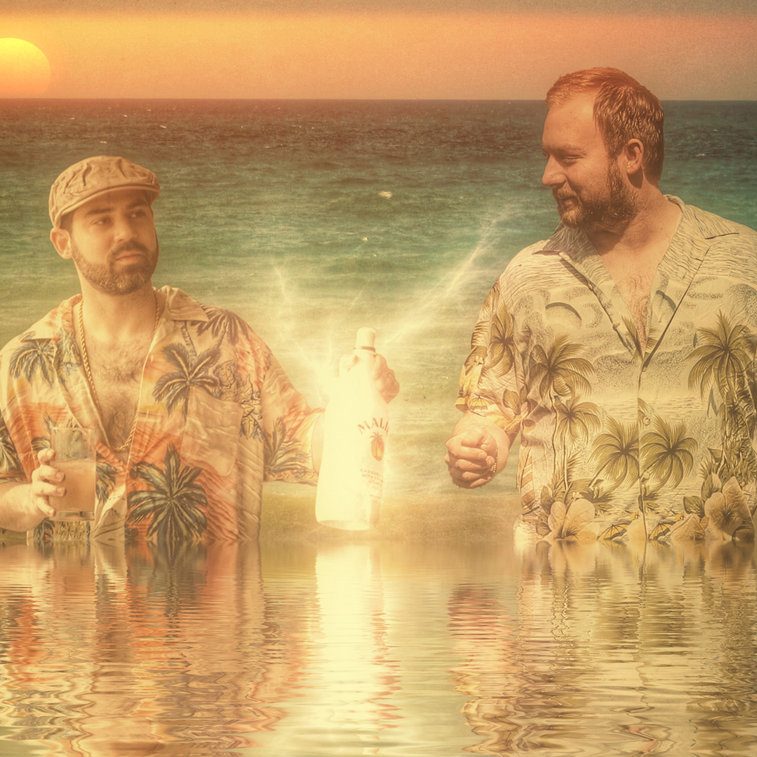 High Tides create gorgeous spells to burn down the nearest beach club. Chopped and screwed surf music. Psychedelic pop to drown your eardrums while a strange riptide drags you under. If Boards of Canada sipped a Sex on the Beach spiked with codeine, you might get something vaguely similar to Paradise Daze, the sophomore album from High Tides, sun-warped champions of yacht rot.

Their bio technically locates them in Malibu, but the duo of Warren Kroll and Steven Lutes can usually be found in the Pacific Northwest, smoking acres of emerald, sipping on quantities of rum that could kill a Caribbean pirate. It is true that this album, along with their masterful self-titled 2015 debut, was recorded entirely under the influence of Hawaiian shirts and conch shell necklaces. They are the first duo to method act the Endless Summer, except with a soundtrack that could turn foam caps fluorescent and turn the sky the color of an exploded Tide pod.

They record for Rad Cult, the label of TOBACCO, head creature of Black Moth Super Rainbow, conjuror of baleful incantations laced with unnatural nuclear winter beauty. If BMSR replicate the supernatural enchantment of a Grimm Tale in the forest, High Tides are their beach-burnt cousins, living in a cracked glass house on the shore. This is what the Odyssey’s Sirens would be singing if they had access to the Internet and legal weed.

In a world riven with chaos, High Tides offer a subtle escapism that refuses to rely on pyrotechnics or loud gimmicks. Paradise Daze is an offering of 10 littoral hymns that make familiar elements seem alien—a low perfect glow that can’t be extinguished, music to slow-dance atop the ashes.