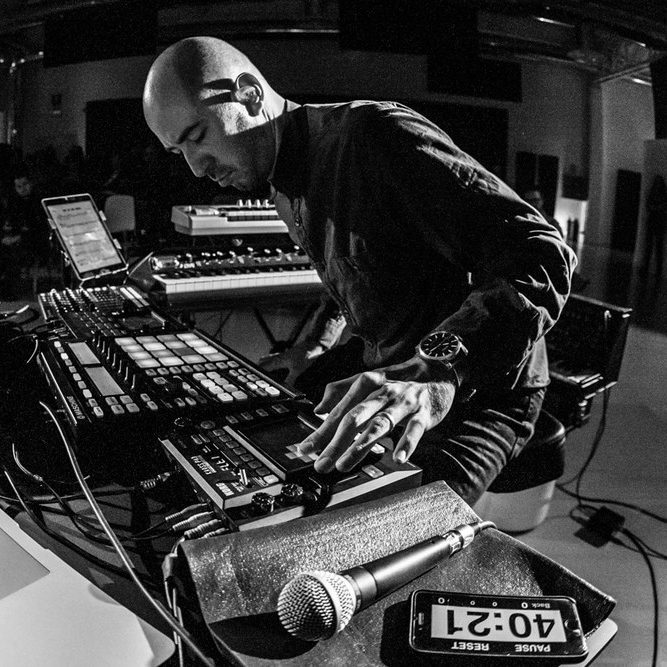 Musical maverick Mark de Clive-Lowe seems an impossibility at first sight — juggling piano, synths, live sampling and beat making all on-the-fly, brought to life with a casual ease that’s mind-boggling. The Japanese-New Zealander was raised primarily in New Zealand where he learned piano from a young age developing an avid passion for jazz through his father’s record collection. In high school, he fell in love with Native Tongues hip hop and early UK jungle — laying the foundation for what was to come next

During his hugely formative decade at the epicenter of London’s underground music scene, MdCL helped evolve broken beat alongside some of the UK’s most forward-thinking trailblazers, establishing himself as a new voice in progressive electronic music. Since 2008, MdCL has called Los Angeles, California home where his acclaimed club night CHURCH has taken his signature sound of technology and beat-infused jazz mash-up from coast to coast and around the globe.

He has performed with Harvey Mason, Miguel Atwood-Ferguson, Dwight Trible and Jean Grae; remixed Shirley Horn, Hiatus Kaiyote, Mantombi Matotiyana and Jerry Goldsmith; and recorded as producer and collaborator with artists all over the planet. Having contributed to over 300 releases, to call MdCL prolific is something of an understatement.

“This was simply about expressing myself and finding that point of connection between my instrument, my art, my heart, my roots, and my ancestry.”