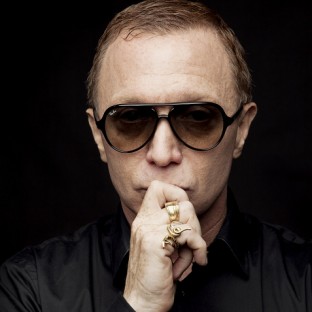 Talkhouse's resident film historian casts an eye over David Lean's unfairly maligned penultimate feature.
In a seasonal special edition, Talkhouse's resident champion of the cinematic underdog shines his spotlight on a Christmas-themed thriller.
After writing about yet another of her movies, Bruce LaBruce has finally got Jodie Foster out of his system. Probably.
Talkhouse’s resident film archivist extols the virtues (and trashy pleasures) of an unfairly forgotten masterpiece of low-budget exploitation cinema.
LaBruce on Frank Perry’s unsettling cat-and-mouse neo-noir, and its parallels with another underseen gem, Séance on a Wet Afternoon.
Despite being an Oscar winner, Arthur Hiller and Paddy Chayefsky's dark satirical drama is now overlooked and richly deserves fresh attention.
The latest title in LaBruce's alternative canon is Jonathan Kaplan's 1979 zeitgeist teen drama starring Matt Dillon.
Bruce LaBruce delves into the queer brew that is the 1969 big-screen adaptation of one of D.H. Lawrence's great novels.
LaBruce continues his alternative canon with Adrian Lyne's 1980 teen drama, which remarkably captures Jodie Foster coming of age.
LaBruce sets the record straight about Mark Rydell's unfairly maligned adaptation of D.H. Lawrence's lesbian-themed novella.
In advance of the film's Metrograph screening this Friday, Bruce LaBruce revisits Frank Ripploh's 1980 gay classic.
The Canadian auteur shines a light on the excellent but mostly forgotten work of the husband-and-wife filmmaking team from the '60s and '70s.
LaBruce extols the virtues of Frank and Eleanor Perry’s shocking coming-of-age drama that captures the loss of innocence of the late 1960s.
LaBruce inducts the 1980 feminist teensploitation movie starring Tatum O'Neal and Kristy McNichol into his alternative canon.
Talkhouse Film's champion of the cinematic underdog shares his affection for Arthur Hiller's pre-AIDS gay melodrama.
The Canadian provocateur (and champion of misfit movies) examines the campy ennui and genuine horror of ’70s domesticity.
The Canadian provocateur sheds light on Bob Rafelson and Jack Nicholson's less celebrated follow-up to Five Easy Pieces.
The Canadian auteur reconsiders John Schlesinger's expansive take on Nathanael West's classic novella about '30s Hollywood.
In his journey through the alternative canon, LaBruce puts his focus on Michael Tolkin's 1991 fusion of female sexual melodrama and Biblical epic.
The Canadian provocateur (and champion of unfairly neglected movies) focuses on two from the late actress in which she plays against type.
LaBruce highlights Peter Bogdanovich's unfairly dismissed 1974 Henry James adaptation, a film he considers one of the best of the 1970s.
A bomb on its release, this John Travolta-Lily Tomlin camp feminist melodrama can be mined deeply for covert clues about its two stars' sexuality.
The Canadian auteur and provocateur champions the 1971 Canadian film which broke boundaries with its frank depiction of homosexuality.
A flop on release, Mike Nichols' madcap comedy is worth revisiting for Carole Eastman's subversive script and Stockard Channing's debut performance.
As a lost Jarman documentary from 30 years ago goes on release, Bruce LaBruce looks at its place in the career of the late great British director.
LaBruce writes a love letter to the film, featuring a dark, defining performance by Diane Keaton, which prompted his teenage sexual awakening.
The envelope-pushing auteur kicks off his new Talkhouse column by writing about a Faye Dunaway vehicle that ignited his passion for cinema.
Though less internationally well-known than his peers, Garrel is one of the great French auteurs and his new film finds him at the peak of his powers.
Rose McGowan, Alex Cox, Allison Anders, Bruce LaBruce and more remember the late iconic performer.
Russell Brand teams up with an intuitive filmmaking partner to showcase his particular blend of popular performance art and political activism.
The latest in the genre of maid movies is a sweet-natured addition, and much more straightforward and less perverse than others of its ilk.
A contemporary take on the the infamous Honeymoon Killers prompts a look at both the new film and the classic 1969 movie on the murderous paramours.
Can a film about young woman's violent and self-destructive acting out against the patriarchy make the best of its difficult material?
The changing of the guard at Dior is a subject ripe with dramatic potential, but is this doc too caught up with the finer points of fashion to notice?