Amidst the hype and bombast of what has become known as “Awards Season,” a time of year even more dispiriting than Christmas in its commercial baldness and ballyhoo, it’s a relief to watch a quiet, modest film that nonetheless mercilessly plumbs the depths of everyday human relationships. And when the filmmaker is legendary auteur Philippe Garrel, even the simplest of plots can become a minefield of emotional complexity and turmoil. Watching his latest, In the Shadow of Women, with a script co-written by the great screenwriter and frequent Buñuel collaborator Jean-Claude Carrière, is like attending a master class.

Philippe Garrel may not be as internationally famous as some other French auteurs, partly because he generally works with a roster of French actors who are not well-known outside of France (an exception being his 1999 film Night Wind starring Catherine Deneuve); in fact, only a couple of his films have been released in Anglophone territories. Senses of Cinema calls Garrel “a child of 1968 and the Nouvelle Vague with a particular admiration for Godard.” Indeed, the films of the second stage of his career, which are more autobiographical and intimate, based on personal stories of broken marriages, suicides and the lost ideals of the sixties revolution, have a certain connection with Godard’s earlier, more narrative and emotionally direct features. But it was Garrel’s first stage of filmmaking, in the sixties and seventies, when he made more experimental and oblique movies, or portraits of tortured artists, like Warhol superstar and Velvet Underground collaborator Nico, with whom he was romantically involved from 1969 to 1979, that made him the stuff of legend. His 1972 film The Inner Scar, starring himself and Nico (and Ari, Nico’s son, fathered by Alain Delon), shot in Sinai, Death Valley, and Iceland, is a masterpiece of primal alienation and agony, filled with rich, primeval symbolism and mystical imagery. But at the heart of the film is the turbulent relationship between Nico and Garrel, their own drama of exile becoming an allegory for the eternal conflict between the sexes. Nico’s performance is extraordinarily visceral, as if she were channeling all the suffering of women through the ages. Garrel would go on to have love relationships with other tormented female artists who flirted with madness, such as Jean Seberg, and he himself ended up having electro-shock treatments after years of pushing his psyche to the limits of endurance. (Carole, the female protagonist of Garrel’s film The Frontier of the Dawn, goes mad, has shock treatment, and eventually commits suicide.)

The profound inner journey that Garrel experienced in his earlier filmmaking years set the groundwork, from 1979 on, for a more narrative, self-reflexive, and deeply personal cinema, of which In the Shadow of Women is only the latest example. It’s also one of his best. The story is a deceptively simple fable: Pierre (Stanislas Merhar) is a documentary filmmaker whose wife, Manon (Clotilde Courau), works as his script supervisor and editor, as the male narrator tells us, “working in his shadow, pushing him into the spotlight.” The use of third-person narration in the film, that is, a non-diegetic perspective voiced by someone not involved in the story (think Barry Lyndon, Dogville or Vicky Cristina Barcelona, the latter the most relevant referent here), sets the ideal novelistic and closely observed tone; it’s even more ideal when you realize the narrator is none other than Louis Garrel, the director’s son, who frequently stars in his father’s movies. As the film begins, the husband-and-wife team is working on a documentary about one of the last remaining French Resistance fighters from World War II, a perfect trope for Garrel, whose characters are often nostalgic for or wax philosophical about political resistance and struggles of the past. (In Frontier of the Dawn, Louis Garrel says, “The day the last concentration camp survivor dies, World War III will start.” His lover’s response, almost as if it were foreplay: “You’re my love.”)

After receiving some sage advice from her mother (“No man is worth sacrificing your life for him”), Manon discovers, or rather senses, Pierre is having an affair. His attraction to Elisabeth (Lena Paugam), a co-worker, is purely physical for him, but she becomes much more emotionally involved. The lucid narrator explains the dynamic: “Pierre justified (his affair) with typical male equivocation, thinking, that’s the way it is because I’m a man. Don’t blame me for being a man.” The delineation of the sexes is stark for Garrel, although neither sex is less emotional or vulnerable: they merely express or repress themselves in different ways. Soon after, the narrator tells us, with elegant simplicity, “One day Elisabeth found out Manon also had a lover,” and we are given a scene in which Pierre’s lover happens to see Manon being intimate with another man in a café. It’s beautiful storytelling, reminiscent of the best of Woody Allen, the narrative unfolding effortlessly and organically without a lot of fuss or unnecessary elaboration. Later the narrator tells us what Elisabeth is thinking: “Manon’s betrayal of Pierre hurt her. Inexplicably, she felt sullied in her love for Pierre.”

It’s a simple twist, but a profound one. Elisabeth, who has been spying on Pierre and Manon out of jealousy, tells him that his wife has been having an affair in the hope that he will leave Manon for her. The subsequent scenes, in which Pierre confronts Manon about her indiscretion without confessing his own, show just how dramatically intuitive Garrel and Carrière really are. A tracking shot of a distraught Pierre walking down the street with voice-over cuts directly to a short time after he has told his wife that he knows about her affair, eliding the direct confrontation, and leaving us with the resulting emotions already in play. It may seem like a minor choice, but it sweeps us into the emotional aftermath, when anger has turned into something more painful and sorrowful, which makes all the difference.

Pierre ends up being mean to both women, and both of his relationships sour. Manon confronts him on the street about his affair, telling him that she always knew about it from the way he spoke to her, and lay beside her, and looked at her. Pierre’s response is that it meant, “I was honest. I told you right away,” as if her sensitivity somehow made him noble. It’s a heartbreaking scene, beautifully played by the actors, here and throughout.

“Without him wanting to, or her wanting to,” the narrator tells us, “They split up.” We subsequently hear Pierre’s voice-over for the first and only time. He meets with Manon’s mother, who regrets their break-up because she’s genuinely fond of him. Manon stands abjectly in her apartment, now alone, with the window open, as the plaintive sound of a neighbor woman’s orgasm wafts through the courtyard, torturing her. It returns us to the primal utterances of The Inner Scar, a cosmic expression of female joy and sorrow.

In the Shadow of Women is ingeniously resolved with, unexpectedly, a happy ending. Pierre and Manon are reunited at the funeral of the subject of their last documentary together, the French Resistance fighter, who has turned out to be a fraud, having lied his whole life about his identity. “My film is worthless,” Pierre says grimly, but Manon encourages him by suggesting they make a new film about this rank impostor. In the final shot of the movie, outside the church, after some dissembling, they admit to each other that they’re both miserable, and they reunite. Not all Garrel movies end so hopefully (at the end of Frontier of the Dawn, Louis Garrel’s character commits suicide because he is still in love with his lover, who went mad and killed herself), but with a film such as In the Shadow of Women, which so deeply and exquisitely observes the emotional lives of the characters, it’s a happy ending well earned. 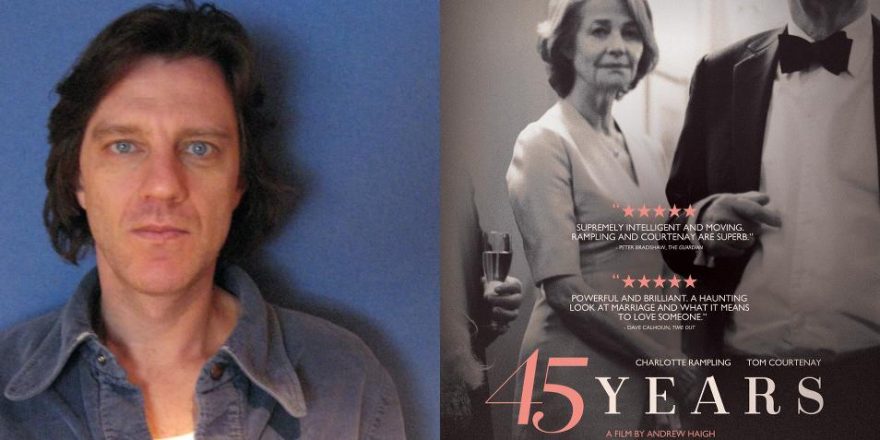