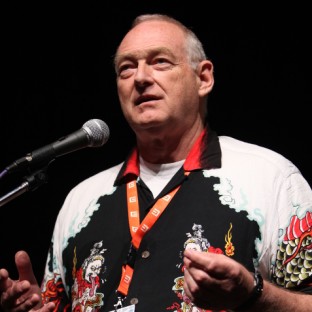 HAPPY THANKSGIVING to all my Twitter friends! The full color hardcover of ADVENTURES IN THE B MOVIE TRADE makes an… https://t.co/7l2cl1r5LJ

From his memoir Adventures in the B Movie Trade, director Brian Trenchard-Smith recalls the most memorable pitch meeting of his career.
Lloyd Kaufman, Darren Lynn Bousman, Larry Fessenden, Rodney Ascher, Emily Hagins and more remember the much-loved father of the zombie movie.
Veteran director Brian Trenchard-Smith on the story behind him making the propagandist TV movie DC 9/11: Time of Crisis.
The veteran director concludes his two-part piece about his love of animals, and how to get the best out of them on camera.
The story of the Director, the Actor, the Guest Star Who Has Seen It All, and a very large, very hungry African lion called Sudan.
A director whose documentary on the martial arts star was halted by his death, looks at Lee's remarkable life and achievements.
A master low-budget filmmaker celebrates the work of Andrew and Virginia Stone, the B-movie world's answer to Alfred Hitchcock and Alma Reville.
The journeyman director looks back on one of his most controversial films, and how it caused a (literal) stink among journalists in the U.K.
The veteran director looks back on a particularly messy job for hire, and a "testicular encounter" with a legendary Hollywood star.
The veteran director recalls making a movie about the Vietnam War in the Philippines — where a real conflict was taking place at the very same time.