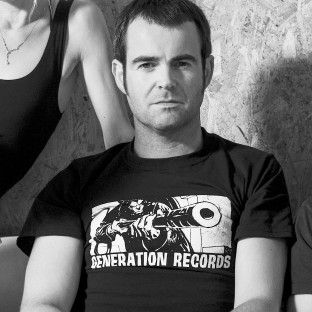 @electricalWSOP @JimmySpence I consider myself helped in a way which meant I didn’t have to listen to Steely Dan so… https://t.co/jhIcVxSufV

Future of the Left is an alternative rock band formed in 2005 in Cardiff, Wales. The current line-up is Andrew Falkous (aka Falco) (vocals, guitar, keyboards), Julia Ruzicka (bass) and Jack Egglestone (drums). Their signature style combines minimalist guitar or synth riffs with Falco's darkly satirical lyrics delivered with ferocious energy; but many songs also contain strong melodies, varied dynamics, time changes and vocal harmonies. Future of the Left formed from the remains of two other Cardiff bands: ex-mclusky members Falkous and Egglestone joined forces with former Jarcrew vocalist Kelson Mathias and bassist Hywel Evans. Evans soon left to start his own group so Mathias took up the bass, and after initial gigs under a variety of tongue-in-cheek pseudonyms the remaining trio debuted as Future Of The Left in September 2006. Initially remaining with mclusky's label Too Pure, future of the left made their first release with the double A-side Fingers Become Thumbs / The Lord Hates a Coward in January 2007. After two more singles the album Curses was released in September 2007. Falco's abrasive guitar riffs and vocals remained to the fore, but keyboards were now added to the sonic arsenal: chiefly a Roland analogue synth but also acoustic piano on album closer The Contrarian. Amidst constant touring, a live album Last Night I Saved Her From Vampires was released in 2008. The band were initially reluctant to include songs by Falkous and Egglestone's former band mclusky in their live sets, but from May 2009 began to revive such classics as Lightsabre Cocksucking Blues and To Hell With Good Intentions. March 2009 saw a new single on the 4AD label, The Hope That House Built, followed by their second studio album Travels With Myself And Another in June 2009. Bassist Kelson Mathias left in May 2010, announcing his departure on the band's Myspace blog. Steven Hodson of Oceansize and Kong filled in for the following tour, which also saw the addition of Jimmy Watkins of Strange News From Another Star on guitar. New permanent bassist Julia Ruzicka, formerly of Million Dead, joined in October 2010, and the band toured Europe and Australia. Signing to Xtra Mile Recordings, they released a 6-track EP, Polymers Are Forever in November 2011, single Sheena Is A T-shirt Salesman in March 2012, and album The Plot Against Common Sense in June 2012. The album's songs cover a wide range of subjects such as endless movie franchises, the build-up of waste plastic in the oceans, and copycat rioting. In November 2012 they self-released the Man Vs. Melody EP, and in May 2013 launched a crowd-funding campaign to finance their next album. The target was reached within 5 hours and has since been more than doubled. The EP Love Songs For Our Husbands was released on their own label Prescriptions in July 2013, with album How To Stop Your Brain In An Accident following in October, along with an EP of out-takes, Human Death. The new material continues to expand their sonic arsenal, with acoustic guitars, spoken word and more complex harmonies alongside the usual riffs and shouting. http://futureoftheleft.net/ Read more on Last.fm. User-contributed text is available under the Creative Commons By-SA License; additional terms may apply.

Acid, kitty cats, and lightsaber c**ksucking blues.
The Mötley Crüe movie is cheap and tawdry, not unlike the band.
Andrew Falkous (Mclusky, Future of the Left) can’t wrap his head around the Black Album.
Andrew Falkous investigates on Sunshine Rock.
A classic installment of Andrew Falkous Presents.
“I had given everything to it, to this, and now, well, now I was making a call which started with the words ‘We don’t have an album.’”
“‘People are not pieces of paper, after all.’ No, he thought, but they can be reduced to that with the right equipment.”
Andy Falkous dissects the evolutions, both of genre and band name, on Smote Reverser.
The outspoken Welsh punk rocker debates the pros and cons of indie venues — with someone who may or may not be himself.
Sometime in the early 2000s, back when I was fat (but not so fat that I couldn’t walk up some stairs) I saw a band called the Coachwhips play Cardiff.