I read The Dirt — Neil Strauss’s genital-warts-n’-all biography of tinny, silly rock band¹ Mötley Crüe — while sat on the toilet in a recording studio in 2002. Not the whole book in one go, of course, I wasn’t trapped in there, but in-between takes of a stupid record I was making, wide-eyed and disgusted, and only partly with myself.

Ah, the germs, the germs. I cringe now, the older me, at the thought of the other people — and not just people, but musicians — who handled that book during their own brown-time and even now, seventeen years later, reach across the desk for some hand-sanitizer. Ah. I am clean, physically at least, even as the mental scars will never quite fade from view.

Never. Although one part of me thinks that it’s always a good idea for a band to hoard a collection of ker-azy stories when their music is less interesting than an exhibition of varnishing techniques, another more fundamental part of my consciousness has never really found comfort in rooting for self-confessed rapists, repeat domestic abusers, and killers. I spent most of the book, or at least the chapters I flicked through, wishing a series of painful STDs on the whole wanky gang, maybe something that could be transmitted through cocaine or a fucking bandana. It was compelling, I’ll give it that, although even admitting it seems like a defeat of sorts.

How close is the film — the “biopic,” if only to use the worst word in the English language that isn’t “guesstimate” — to the book? Close enough to share a title, obviously. The lady-parts ejaculation scene — set in the most unrealistically clean band house in history² — which kicks the whole fuckbango off is by far the most thoughtful and artfully constructed moment of the first half of the film and really illustrates the skill-set of Jackass director Jeff Tremaine, a sentence which, since I was allowed to type it, finally proves the non-existence of God. Tremaine’s aesthetic, if that isn’t too long a word for it, is more made-for-TV (hey, JT, the Hallmark channel want their sets back) than made-for-Netflix, but does, undeniably, successfully evoke the 1980s by virtue of looking as cheap as old shit. Nice one, Jeff. Hopefully when he passes, someone will be there to film a dwarf taking a piss on his coffin whilst winking slyly at the camera, not so much breaking the fourth wall as tapping his cock on it and expecting an answer back. All in slow motion. Freeze-frame! The perfect send-off.

Speaking of pissing (but not so much of humanity), Ozzy Osbourne — reimagined here as a half-naked Steve Irwin, complete with Australian accent and everything — turns up pool-side to lick his own piss off the floor as an encore to snorting ants, in what I’m pretty sure is an unconscious homage to the opening scene of Star Trek: The Wrath of Khan. In doing so, thank Elvis/Page/Doherty, he horrifies several old people, which we all know is the whole point of rock and roll, notes and actual fucking art be damned.

And it is damned, make no mistake about that — you don’t need to get behind any Me Too hashtag in order to jump to that conclusion. Watching this movie, you could be forgiven for thinking that women exist only to have cocks stuck in them (reflecting, to be fair, the book and ’80s hair metal in general rather than the movie in particular) or punched (although the production team want you to know that the woman in question did everything in her power to deserve it, going as far as to call drummer Tommy Lee’s mother a “cunt” repeatedly, before never mentioning the incident again). HAHA!

There’s a groupie who apparently lives under the table in the neighborhood bar giving blowjobs to anyone who sits down. LARKS! This National Lampoon’s Formed a Band is really fucking kicking off. The band expose themselves to a family, including kids — YAWPS! Tommy throws up on a stripper — TRALALA! Singer Vince, the fucking scamp, gets drunk, drives, kills a friend (Hanoi Rocks’ Razzle, played so Cockney that it’s a wonder he didn’t crack out the jellied eels before they got as far as the driveway) and permanently brain-damages two people in the other car. YEAH! BRAIN-DAMAGE! Zany fucking animals. Still, the incident is breezily dispensed with in a few busy seconds of news footage and frowning. Why? Well, the redemption arc, which is more of an arc-ette, seeing as it’s about seven minutes long, comes a bit later, replete with a (SPOILER ALERT) child-cancer-death that I had to skip due to not quite having the stomach for it.

The actors actually do a pretty good job with what only a sadist would term “source material,” even if Machine Gun Kelly (which, coincidentally, was my guinea pig’s name when I was three) and Douglas Booth are far too good-looking as avatars for the real thing(s). Daniel Webber doesn’t look much like Vince Neil but is thoroughly fucking annoying, which is what I assume they call acting, while Iwan Rheon (of Game of Thrones fame) as a heavy-browed Mick Mars is by far the best thing about the film with his frequent, pithy asides to camera, even if he is given the movie’s most ridiculous line: “I happen to have respect for both myself and the females of the species.” The laughter was so real, on that occasion, that I almost choked on my own cock³. Perhaps his well-documented back problems had spread to his memory, and he’d forgotten that he was in Mötley Crüe?

The clincher though — the clincher which seals the clunker — is, for me, the last speech proper of the whole movie. (Spoiler alert: They kept playing shows, and double un-spoiler, I didn’t sit through the credits, which my iPad tells me still had nine minutes to run.) Booth, as lead(?) bass player⁴ Nikki Sixx, turns to the camera and says, “We fucking made it dude — I don’t know how we’re not dead or in jail,” to which the only obvious answers are: (a.) as discussed earlier, there is no God and (b.) money. MONEY⁵.

Then, just before taking the stage for the final time — the lights flaring as the crowd roars — he adds, mysteriously, “That’s fate, that’s family, that’s Mötley Crüe,” which is a weird and completely unprecedented way of summarising a film where a gang of cunts roundly abuse each other (and everyone else who crosses their path) but hey, no one is here to claim that logic makes musicians famous or helps screenwriters sleep at night. Fate? Fucking hippy. Family? Only if you’re all on cocaine. “I banged some chicks and made a lot of uptempo rock music” was probably thrown out in the third draft.

The Dirt? A problematic (yes, I went there) book which nevertheless entertains like the worst kind of true-crime novel whilst sparing the poor reader exposure to any of the music, which is mostly balls. The movie? Well — and I don’t say this sarcastically at all — if the idea of a band-approved Mötley Crüe film directed by one of the gentlemen who brought you Jackass sounds good to you, dive in.

You can even watch it on the toilet, if you like.

¹ Most rock bands are tinny and silly, mine included.
² Amongst the other zany antics, these rock & roll animals were always sure to keep up with the vacuuming.
³ Not really, but I’m looking to get a Netflix series.
⁴ There is only one lead bass player, and his name is Mike Watt.
⁵ The revelation that Vince Neil only got 19 days in prison for effectively ending the lives of three people is quite the confirmation. 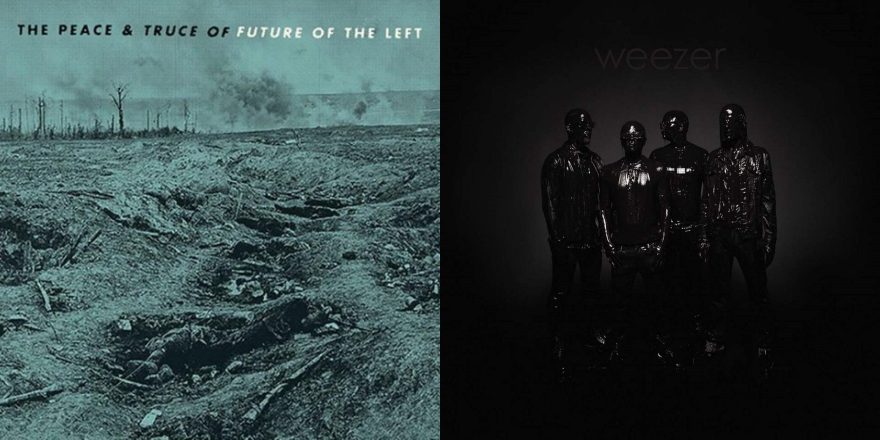 Reading Music: On Trying to Pay Attention to Paul Stanley’s Autobiography While the Country Falls Apart