I accidentally spilled some airplane vodka on my John Popper book during some turbulence on my flight to Austin, Texas, a few weeks ago. My bandmate Eric looked over and was like, “Suck and Blow, huh? John Popper?”

To which of course I was like, “Yeah, I actually love Blues Traveler.”

“Do you like the band? Or just one song?” he replied smarmily.

“SHUT UP ERIC, I KNOW TWO OF THEIR SONGS.”

I saw John Popper perform a few years ago at the venue where I worked, and due to a sizable guarantee and an unexpected Seattle snowstorm (and possibly because it was 2011), the show was a financial bomb. My four friends and I made up the majority of the sparse audience. “PLAY ‘RUN­AROUND!’” we shouted…and he started playing “Run­Around.” I suddenly felt so close to Popper; we were truly connected.

So when Emily (my bandmate in Tacocat and the person I share this column with) and I decided to start reviewing books by musicians, I couldn’t resist the opportunity to pick John Popper’s Suck and Blow: And Other Stories I’m Not Supposed to Tell out of a sea of butt­rocker superstar tell­all autobiographies.

Popper is a bizarre alien in the rock world — his ticket into mainstream music was through being a total shredder…on the harmonica. Throughout Suck and Blow, I learned too much about the harmonica. More than I ever wanted to know. Did you know that John Popper is one of the best harmonica players in the world? DID YOU CARE? Popper comes in authoritatively, dogging on some pretty famous harmonica solos at length, including a gnarly assessment of “Hand in My Pocket,” by Alanis Morissette (he claims he can hear a reed breaking or something, although I don’t think anyone else in the world ever noticed or cared).

Here are just a few examples:

Blues Traveler owed their record label four million dollars at one point, but somehow managed to escape without the label recouping.

Having been instrumental in making the ’90s H.O.R.D.E. Festival happen, Popper spent like seventy thousand dollars on a hot air balloon for H.O.R.D.E. that he couldn’t really use because of laws governing balloons over cities. The balloon ended up just hanging out in his garage for ten years.

Did you know that Popper was best buds with the Spin Doctors dudes? He was even in the original lineup. But then Blues Trav totally wouldn’t open for the Spin Doctors playing Madison Square Garden — they wanted to tackle that on their own. Later, Popper used a manipulative scheme (involving strippers) to steal a hold at Madison Square Garden from his other friends in Phish.

Anna Nicole Smith once approached him with a harmonica that he had signed. Her boob sweat had rubbed off the signature, so he signed it again.

Lenny Kravitz trucked motorcycles along on tour with him just so he could get dropped off outside of each town and ride to the venue on them.

I did find myself questioning my fandom at certain points; the first twenty pages of Suck and Blow are swimming in pedantic mock-humility. Popper humble-brags about how he was able to skate by on his test scores, despite how badly he did in school. The very first page recounts Popper auditioning for jazz college or something, and they are like, “John, why should we let you in when you got these crummy grades all through high school?” And he is like, “CHECK THIS SHIT OUT,” pulls out his harmonica, and blows the guy’s mind with his hot harmonica solo!! Popper ends up riffing on some of these stories for a little too long over the course of the book, much like in a Blues Traveler song.

In case you’re wondering, Popper is definitely a bro. But, like a ’90s bro that your brother is friends with and you sort of tolerate because he is nice on the inside even though he is name­dropping some stuff you are out of touch with and don’t exactly want to be in touch with. What would I call this type of bro? A soft­bro?

But Popper always kind of brings me back, and I can’t help but appreciate his often-horrifying honesty throughout the book. He doesn’t shield you from his egotistic rants or insecurities, or his embarrassing life mantras. He compares his food addiction to the drug addictions that many musicians have, which is fascinating. While his bandmates struggle with substance abuse, he struggles to stay away from Carl’s Jr. and McDonalds. After his weight reached more than four hundred pounds, Popper decided to get gastric bypass surgery, which saved his life. His story is truly a catalogue of strange, wild experiences that haven’t been explored to death in other music autobiographies.

By a wild coincidence, when I was ninety percent finished with this book, my band was asked to play a last­-minute Bernie Sanders rally at Safeco Stadium in Seattle. A handsome secret service agent mentioned we would be playing before a speaker and the main musical act. “Who is the main musical act?” we asked. “John Popper,” he replied. WHAT ARE THE ODDS OF THIS!? My bandmates had tolerated me reading the book and talking about Popper throughout all of South by Southwest, and now we were playing with Popper, a gun­loving libertarian who just happens to also love Bernie. (God, who doesn’t? Go Bernie!)

So John Fucking Popper rolls into the room and everyone in my band is nudging me like, “YOU GOTTA TELL HIM YOU ARE READING HIS BOOK.” The first thought that came to my mind was to ask him about the story in which he throws a bottle of his own urine at his tour manager in a fit, but I decided against it. Later that night, as we watched him play his meta­super­hit “Hook,” I nudged my bandmate Lelah and said, “You know, he actually wrote that song after being stuck at home after an accident, and the faucet dripping made him think of Pachelbel’s Canon.” During his mouth­harp rendition of “The Star-­Spangled Banner,” I also thought of one of his stories in which, while he was playing “The Star-­Spangled Banner” next to the president of Panama, he realized he had left his Glock on and made it through security.

“As I’ve said for nearly thirty years now,” Mr. Popper explains at the end of one of the chapters, “the harmonica is like life: sometimes you suck and sometimes you blow.”

Dude, Be Cool: Here’s How NOT To Be Dumb with Smartphones

Hot Love: How to Ask Out the Barista While Listening to Squeeze 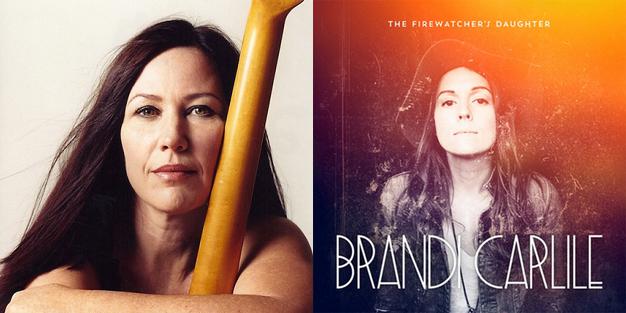