Jacob Faber is the drummer of Sunflower Bean. The band’s latest release, 2019’s King of the Dudes EP, is out now via Lucky Number Music.

I should start this off by saying I am far too close to Pure X to do this review. Other than my friend and me smoking a bowl with Nate Grace side stage at 285 Kent in 2013, I haven’t had any personal contact — but yet, I feel so close.

Masters of lyrical honesty and crushingly beautiful guitars, Pure X have been putting out music since 2009 and from the first moment I heard “Your In It Now,” it felt like I had known the song my whole life. Pure X makes music that gives you hope and strength while also supplying you with a dose of heartbreak and feelings of emptiness. It’s the kind of music that feels like a weighted blanket when you need it the most. You know when music feels like it was made for you? That’s the kind of band Pure X is for me. So with that taken into account, here’s a dive into Pure X, the self-titled fourth album from the Austin-based band.

In the face of quarantine and the reality of 2020, missing things has become a job. Throughout the last couple months, I’ve found myself daydreaming of Ohio strip malls and feeling nostalgic for pulling up to a gas station in the middle of nowhere. Frankly, I miss being on tour. So when I saw that Pure X had just announced their first album in six years and dropped the track “Middle America,” I was excited to say the least. I turned on the song and was met with cascading guitars and sizzling heavy drums. I thought to myself, they’re back. Sonically, this is Pure X in live rock band form, and you can hear that energy in this album. It’s something they’d departed from on the last two records, 2013’s Crawling Up The Stairs and 2014’s Angel. The guitars are crunchy and fuzzed out, the drums are bouncing and heavy, and the bass is walking around keeping everything glued to the floor. Together, it feels like a vehicle — a vehicle of instruments with the lyrics at the wheel, driving us through the middle of America. This song sums up the feelings of being on tour. The mundane isn’t as easy to cope with as you think, and you hear Grace explain that. Touring and living a Groundhog Day can fuck with your head. It’s confusing waking up in a different place every day. The line “lost in confusing memories I don’t understand” is too real. While this song is deeply relatable for anyone who has toured, it has me missing the road. And this is what Pure X does: They cut you deeper while healing you at the same time.

Their second single, “Fantasy”  follows up in a similar fashion. “Fantasy” starts with a wave of guitars, bass, and drums all which create a movement that allows Grace’s voice to soar. Listening, I can’t help but think this fantasy they are talking about is the American Dream. Something we were promised and even believed in at one point is all but attainable. They realize this fantasy is disillusioned. America seems to be a theme here, and maybe that’s why they chose to release “Middle America” and “Fantasy” at the same time. The music video for “Fantasy” is a single shot of a sparkler from beginning to end. This takes the metaphor even further — we can’t do anything but sit back and watch the American Dream burn out.

Another theme that seems to show itself on the record is that of being in a band. Maybe I’m just projecting here, but I can’t help but to relate to songs like “Stayed Too Long” and “Making History.” Pure X have been a band for over a decade, and with that comes living all your best and worst moments with people who are your collaborators, friends, and family. It can be the highest of highs and the lowest of lows. It’s an intense relationship to have. In “Stayed Too Long” Grace sings, “stayed here too long, feel like I’m already gone, always had a good time, but I always know when it’s time to go.” These lines evoke what it feels like to second guess your commitment to the relationship(s). Also, when you are an artist things get promised to you, or you feel like you deserve certain things because the people around you tell you how great you work is; you grind for years to meet goals and make certain dreams come true. But truthfully, nothing is owed to you and sometimes it feels as if you are going after something that isn’t in your reach. This felt apparent on “Making History” with the lyrics, “we’ve been working for so long, so many years, so many promises come and gone, had me chasing a rainbow, I thought was real.” This might have not been something I picked up on if I didn’t have my own experience of being in a band for over six years.

With Pure X, context isn’t everything, but feeling is. This holds true for all their works. For instance, I had listened to Pleasure for years without knowing all the lyrics. I might have not known what Grace was singing, but I fucking felt it. As a 16 year old kid growing up in the suburbs of Long Island, I might not have had the same life experiences as Pure X, but it felt like I did. And again, that’s what Pure X does. While the feeling of the latest album was instantaneous, some of the lyrical context went over my head on first listen.

One thing is for sure: Pure X are emotional masters. They’ve been able to capture whatever they were going through at that time on each record. This album feels no different. However, I think all the previous albums have brought us to Pure X; them at their finest. A painfully beautiful album full of wisdom and new life experiences. It feels like they’ve given us so much of themselves throughout their career, and this new record feels like it’s them being exactly who they are, and maybe that’s why this is a self titled album. The feelings on this album are not light and airy; yes, cathartic, but not happy. If you, too, have found comfort in sadness then this is a band you need to explore. Wrap yourself in their warm weighted blanket and just listen.

Pure X is out now via Fire Talk Records; Sunflower Bean’s latest release, 2019’s King of the Dudes, is also available for purchase.

Jacob Faber is the drummer of Sunflower Bean. The band’s latest release, 2019’s King of the Dudes EP, is out now via Lucky Number Music. 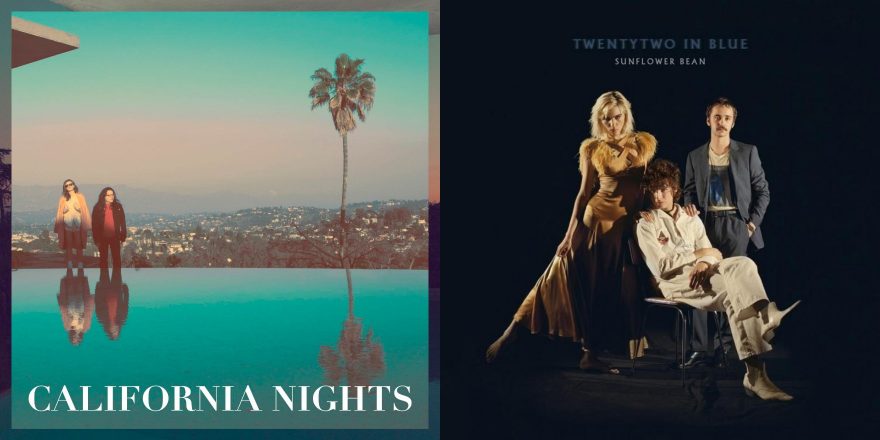