Last year, the script for a feature film called M.F.A. landed in my inbox. Written by Leah McKendrick, M.F.A. centers on an art student (Francesca Eastwood) who gets raped by a classmate (Peter Vack). Unable to find justice through the school system, she takes matters into her own hands by hunting down and killing rapists on campus. It was uncanny to read this script. The story was all too familiar. Like the character, I also had been sexually assaulted in art school and struggled to find support. Yes, me too. The script led me to realize that I’d never fully dealt with my own assault. And even though part of me was terrified to confront it, I knew I needed to make this film.

So in preparation for this shoot, I set out to study rape-revenge films. I was curious to see how other filmmakers have depicted the anger that arises from such physical, emotional and spiritual assault. Even though rape scenes were triggering for me and I could barely stomach it, I felt it was important to go down this research rabbit-hole if I was going to direct one. More importantly, I wanted to be 100 percent sure that I wasn’t creating something exploitative or adding to the existing pool of sexual violence degrading women in the media.

In watching more than a dozen of these rape-revenge films, I realized there was one thing they all had in common: they were told by men. That matters because the camera is always subjective. Always. Directors are constantly making choices about how we see something, and how to translate that point of view to an audience. Through films, directors can influence how we understand the world. So when a man is writing and directing a film about a female experience, subjectivity and point of view is crucial.

In case you’re not familiar with the rape-revenge movie, it’s basically a classification of horror / exploitation film that follows a similar structure: A woman is raped; she survives and rebuilds herself, then seeks revenge by killing her rapists. It became a popular genre in the 1970s with films like I Spit On Your Grave, Ms .45, Straw Dogs and Last House on the Left. It grew into its own sub-genre and many movies were created during that time with a similar premise. But there have been more recent ones such as Irreversible, Nocturnal Animals, and last year’s Elle, which were departures from the classic genre.

I’m a filmmaker and a consumer of films, not an academic. I watched these films back to back as a director, taking note of the choices other directors were making. They seemed at times strangely fetishistic and pornographic. The rape scenes focused more on the men who were getting off and the act of sexual violence, rather than the women’s pain. Close-up shots of the pants being undone … the guy’s face as he gets turned on … the woman’s legs being spread apart. And graphic depictions in full frame so you see the man’s body exerting his strength over a woman. Barely any time is spent on the woman’s tortured expression. In short, these films have little to do with the actual survivor, but rather focus on the storyline of sex and violence.

After the rape, the woman is transformed in these movies. She is stronger, even sexier. She doesn’t grieve for long, if at all, but instead becomes determined to kill her rapist. Keep in mind we don’t even know much about her at this point, except that she is a woman and she was raped. That is her defining characteristic. It’s like the rape alone has contoured her personality and it’s caused her to go crazy, brutally murdering people, cutting off genitals, and committing other barbaric acts of violence. Even here the savagery is borderline pornographic, as these women are sexy while they set out to kill men. Acting from an animalistic, insane, irrational place, they are no longer themselves. Not that there was much of a self to begin with.

In other cases, a man seeks revenge on behalf of the woman. An example of this is seen in Nate Parker’s The Birth of a Nation, in which a rape scene is told solely through the man’s perspective. The camera holds on the man as he hears his wife being sexually assaulted. We don’t see the woman. It’s not her story. The rape is simply a tool to fuel the man’s violence.

It made me wonder, why do these male directors feel the need to relate through film an inherently female experience? Why do men want to project their own versions of reality onto victims they can never fully know or understand? Even after the release of Elle, which is about a woman who is turned on by her serial rapist, why are we not examining the fact that these stories are predominantly told by people who fundamentally cannot know what it feels like to be violently and forcefully penetrated inside their sex?

Leaving all merits of these films aside, there’s a discussion here worth having: Whose story is this?

For the same reason that I don’t feel qualified to tell an intimate and in-depth story about a type of oppression I didn’t inherit from birth, I don’t see why mansplaining what it’s like to be raped and want revenge is routinely overlooked, immune from criticism. It’s pain appropriation, trauma tourism. While I’m not saying people can’t make films about experiences they can’t ever really know, I am saying that the impulse to do so should always be questioned – even if just for the sake of acknowledgment and understanding.

And what of that impulse? How many of these male filmmakers seek to empathize? How many seek to have ultimate control over the narrative of what rape means in society? Because for every woman who is brave enough to speak up, there are scores of men and women chomping at the bit to dissipate, dismiss, deny, or discredit them.

In a society where Title IX protections against sexual assault are rolled back by a woman who’s supposed to be protecting students and a rapist gets sentenced to just six months and then only serves three, a rape-revenge movie can be an important vehicle to better understand how severe and traumatic these crimes can be. After the premiere of M.F.A. in March at SXSW, I saw women leaving the theater in tears. A few of them came up to me afterward wanting to share their own sexual assault stories. Making this film has helped me to reclaim my voice, my story, my body, and hopefully has helped other women do the same.

Watching a film where the victim’s emotional devastation is depicted from a place of knowing and the perpetrator is punished for their crimes can be a cathartic experience for women who have been assaulted. Through a lead character we recognize, we are given a release and revenge through the safety of fiction. We can expunge the darkness we carry within and hopefully even heal.

Now more than ever I recognize how important it is to claim our own point of view. To tell our story and not let anyone else tell it for us. If enough women speak up and share their experience, their point of view, maybe others will stop talking over us and start to listen. The last few weeks have proven exactly this. Finally people are listening, and hopefully will keep listening, because we have a lot more stories to share. 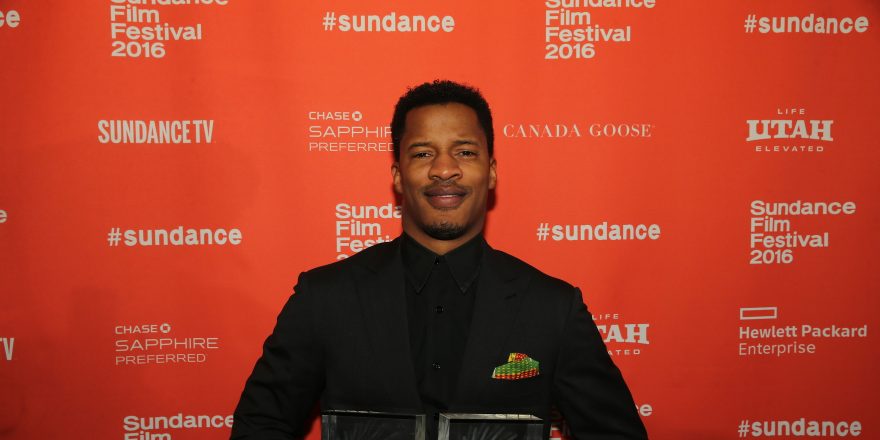