Andrea Gibson began their career in 1999 with a break-up poem at an open mic in Boulder, Colorado. They then leaped into the forefront of spoken word poetry on the national scene in 2008 when they won the first ever Woman of the World Poetry Slam. Gibson is the author of three collections of poetry and currently working on an illustrated collection of their most memorable quotes for Penguin (Winter 2018). They have also released seven full-length albums, the most recent of which is 2017’s HEY GALAXY.

“Radio” is a poem written when when I was first falling in love and imagining what time would make of that connection. It follows love’s first months, when it’s impossible to keep your hands off of the other person, to years in the future when you’re still so smitten, you’re asking for each other’s number every time you kiss. The piece was in part written as a reaction to my historical pessimism about sustaining the electricity of love and attraction over time. I don’t always write where I am in life. I often write where I hope to be one day and try to live in that direction. While I don’t believe relationships should be validated and affirmed based on our cultural addiction to forever and happily ever after, I do personally want to have the experience of being wild for someone for decades, and the poem speaks to that.

As I was writing “Radio,” I was listening to Bon Iver’s “Flume” on repeat, and was moved by the line “only love is all maroon.” I read an interview in which Justin Vernon said he doesn’t always know what his own lyrics mean. I love that, but I looked up maroon anyway, and it has three definitions. One is a color (crimson-ish). Another is a loud firework. And to be marooned is to be left, trapped and isolated in an inaccessible place, like an island. Throughout my life, love has been all of those to me. I paired the poem with the song not just because I love the song, but also because it was my own secret reminder to myself to welcome all that love brings. Even the grief. Even the fear of abandonment. Even the loneliness that connection itself has a genius way of surfacing, so that we might have the opportunity to heal whatever old wounds need healing. That’s what sparked the line in the poem, “Hang my past like a sail.”

It was extra-special to watch the video for “Radio” come together because the two women featured in it are friends of mine who had recently fallen for each other when we were brainstorming what we wanted the video to be. Their interactions in life are so tender, and so genuinely open and present, and I love seeing that reflected on camera. Hilariously, they filmed the video before hearing the poem, and when they heard it, they said, “It’s almost erotica!” Though I think that’s quite a stretch, it is one of the only even semi-sexy-ish poems I’ve written and shared. A few years ago, I was invited to perform at an erotic poetry reading and when I mentioned the event to friends, they assumed I was saying neurotic poetry reading. My friends know me well.

My friend and musician Jesse Thomas is featured on the track, and she has been one of my favorite people to collaborate with for years. Not only is she awesomely talented, but she’s strikingly versatile in what she can create. She’s one of the most enthusiastic people I’ve ever met when it comes to making art. The last time we played a show together, I asked her 15 minutes before taking the stage if she could learn a new song for a poem I wanted to perform that night, and she learned it in under 10. It blew my mind.

“Radio” is one of a number of tracks on my new album, HEY GALAXY, which features musical collaborations. While spoken word isn’t commonly matched with instrumentation, I’ve always been most inspired to make art with other people, as opposed to alone. There’s magic in the places where our visions meet. I know so many folks making so much beauty these days, and I’m always dreaming about what we could build. It’s its own sort of romance in a way: how a song meets a poem and imagines what they could be together.

Andrea Gibson began their career in 1999 with a break-up poem at an open mic in Boulder, Colorado. They then leaped into the forefront of spoken word poetry on the national scene in 2008 when they won the first ever Woman of the World Poetry Slam. Gibson is the author of three collections of poetry and currently working on an illustrated collection of their most memorable quotes for Penguin (Winter 2018). They have also released seven full-length albums, the most recent of which is 2017’s HEY GALAXY. 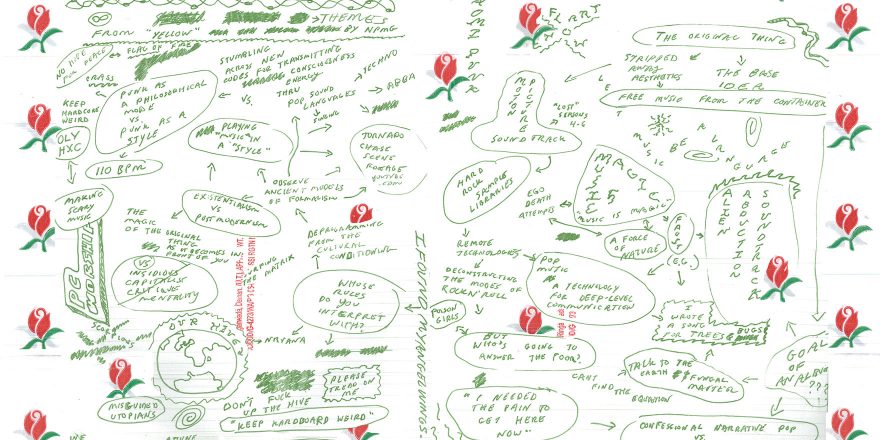 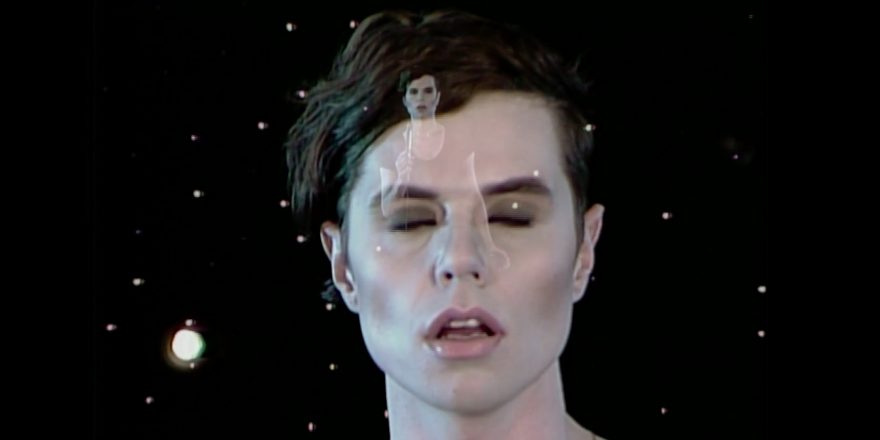