I sat with my friends eating Indian food, and watching the news in horror. Donald Trump was lighting up the map with red states. “She’ll come back,” we said. He was leading in electoral college votes and by 11 p.m. we were scared. What would we do? What would I do? So many had threatened that they would flee the country. Move to Canada. Move to Berlin. So I said, “I’m moving to Mexico City if he wins.”

I’ve wanted to live in Mexico since I was 13 years old. My mother took my younger sister and me to Cabo San Lucas. It was our first vacation out of the United States. My mother worked hard and we were middle class, but maybe just barely. Where I came from, compared to a lot of my classmates, my family lacked material possessions and nice things. As we were winding through the shanties and shacks in Mexico, I took photos with my disposable camera of what I recognized as disparity. Unfairness. Our hotel was shiny and had two swimming pools and a private beach where locals were not allowed. It was maybe to keep the beach vendors from disturbing hotel guests, but selling junk on the beach was how many of the locals fed their families. Justice has always been important to me. I thought for a long time that I would be a lawyer, fighting for the underdog, a civil servant, protecting the unprotected.

As a teen, I also had a dream of being a timeshare saleswoman. One of the first women I idolized was a fast talking expat that we met in Cabo. She had a house on a hill with a fountain. I clearly remember the feeling of freedom when I looked at her, envisioning her stucco and brightly colored life. The rooms in her home with no ceilings, to let the air move. Her tropical outfits and sunglasses and tawny skin. How fearless, how brave. How rebellious. I wanted to be her. At 13, I declared that one day I too would move to Mexico to sell time shares to tourists. Someday I would inspire a little white girl to do the same.

I didn’t become either of those people. Instead, in my early twenties I moved to Phoenix, Arizona. A foreign land for a Northwesterner. The bar that hired me on my second day in the desert was called Roosters, a real honky-tonk owned by real cowboys. After my first shift, I went home to my friend’s apartment, where I was sleeping on the floor, and I cried myself to sleep. I had never heard such racism before. Of course, it was just a bunch of drunk white guys in spurs, actual spurs, making jokes about Black People and Mexicans. But it knocked the wind out of me, sucker punched my soul. They all laughed like it was OK, like it was normal. Being in Arizona then was a scary experience. The state was run by a guy who rode the waves of voter fears for many years. His big push with his supporters was always his promise to “keep the Mexicans out of our country.”

During the seven years I lived in Arizona I would travel by car across the Mexican border to a little beach town called Puerto Peñasco. This was during the highly publicized drug war in Mexico. I can’t tell you how many times people would offer their advice to, “Be careful traveling there because the Mexicans are beheading Americans.” It was practically laughable. And incredibly sad. I’d be sitting on the beach eating ceviche, watching dolphins play in the sea as the sunset painted the sky, and be wishing I could help to change their minds. The news reports were so completely the opposite of my experiences down there, that I would say over and over, I’ve got to find a way to make a film about this place. I wasn’t a filmmaker at the time, but I’ve always been a storyteller. I’ve always been a director. I started pushing around the idea of a film about Puerto Peñasco. I wanted to shout from every single screen, “You’re missing out, you fucking idiots! You’re missing out on all the beauty with your hate!”

So I made a film. A documentary on the rising skateboard scene in Mexico. It’s a micro view of a huge mess of issues, a purposeful decision because I wanted to change the conversation to something new, something positive. This group of kids, of outcasts, in a land of sand, where they dream of concrete. Through their struggles to become athletes, to gain opportunity, to be taken seriously, to be heard. I’ve been traveling to different places throughout Mexico with this film now for about three years. Something that surprised me most in my journeys was the large middle class we encountered. That there are plenty of thriving families and plenty of aspirations, and savvy business people working on progress. At the risk of sounding utterly American, I was surprised that not all Mexicans want to live in the U.S. Because they don’t. Just like you or I, they like their country just fine. It’s where their friends live, and their parents, it’s where they are born, and where they will stay. Just like you or I, they would like to see change.

The morning after the election, I did the same as most. I reached for my phone. Donald Trump will be President. The walls of my room crumbled to the ground around me, exposing my inner dread. Everything I thought I knew about my future was being consumed by the nothingness. I was working on a film in pre-production that day and I had about 15 visiting Indonesian crew members that I had to face. I didn’t have time to do what I really wanted, which was to suffocate myself with my pillow. So I went to work. I faced my fellow filmmakers and I saw how scared and hurt they were about what we had done. And it occurred to me, how selfish we have been. How self-centered. How ethnocentric. America the Great. Land of the Free. How our perceived specialness has cast such a dark shadow on the rest of world. Our obsession with ambition, with celebrity. So much that a reality television star just took the White House.

I’ve wanted to live in Mexico since I was 13 years old. I’ve now got a job with a production company in Mexico City, who were warm and welcoming and asked if I was fleeing. We laughed and I assured them that I was. I found an apartment with a woman photographer. She speaks perfect English and lives in a nice community of artists. She told me that one of the neighbors is a director. We have a hammock on our rooftop, which she showed me over a lengthy Skype conversation. My plan is to make films and learn conversational Spanish. I’ll eat tacos and take time to write more often. I’ll reach out to relief efforts and involve myself more in the environment. I’ll travel, often, and visit social media less. Donald Trump is the President-elect, through all the hate and promises of segregation, separation, and alienation. If there is a wall, in my opinion, I’ll be on the right side of it. 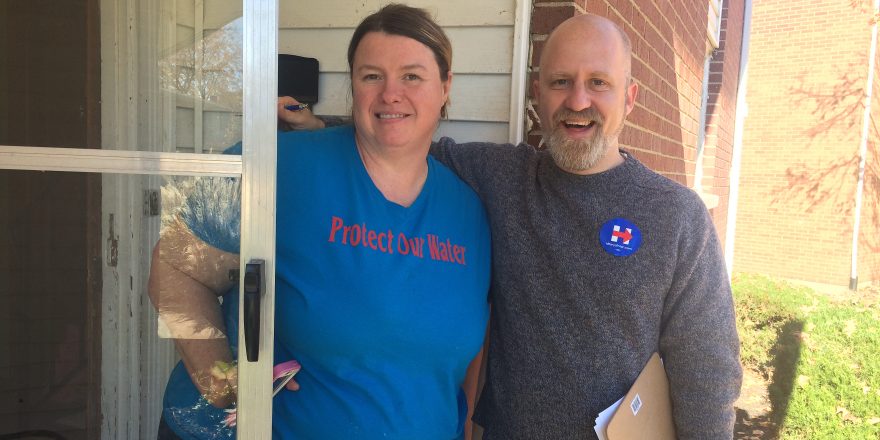 Election 2016: Filmmakers Get Out the Vote!

We Need Art Now, More Than Ever