Today’s playlist comes from songwriter, producer and artist Jared Evan. Since Evan’s own stye blends pop and hip-hop, his playlist consists of some of the greatest pop/hip-hop crossover tracks. His new album The Blanket Truth is out now, so give it a listen and enjoy!
–Dave Lucas, Talkhouse Marketing Manager

This might be my number-one go-to in terms of pop/hip-hop crossover songs. Less current and more classic, this record brings me right back to the prime days of TRL. The song reflects a time in music when rules stopped mattering, genres started intertwining and collaborations were getting more and more interesting. Here you have a DJ Premier-produced beat, a rock-esque rap verse from one of the biggest stars at the time (Fred Durst) and probably my favorite MC of all time, Method Man, thrown in the mix. For that, I give this a 10/10 in terms of pop/hip-hop crossover records.

This is definitely a more current pick in terms of pop/hip-hop crossover records. I actually just stumbled on the video for this song and it made me like the song even more. I love how funky and fun this record is, especially Cudi’s energy in the video. It has this alternative, retro new-wave vibe to it. I also love the melodies that Cudi chose to use for it. It feels like classic Cudi. Great hip-hop song with huge pop potential.

What can I say about this joint other than “incredible”? The thing I always loved about Kanye is his decision-making in terms of who to choose for a record. He definitely hit a home run when he recruited Chris Martin for this one. The juxtaposition between Kanye’s voice and Chris’s voice is stellar. I also just love the piano and the bounce of the drums. If there’s one way to make hip-hop/pop, this is it.

Quintessential pop/hip-hop crossover record. One of the more classic pop/hip-hop records of the past decade, for sure. Boo- bap break-beat vibes with Coldplay-esque melodies in the hook (Bruno). Cannot go wrong with that.

I love when I hear new music that just feels good. It also helps when that music has stellar melodies and infectious chord progressions. I feel like the chords in this song are pop-driven, yet the actual beat/drums are super urban/hip-hop. Definitely more of a hip-hop song, but you can’t deny the pop elements in it. Very catchy.

This is the prime example of a hip-hop artist (OutKast) stepping outside of their usual comfort zone and making pop-driven music. The outcome is something absolutely incredible. Everything about this song is unique. From the melodies, to the drums, to the lyrics, to just about all of it. One of my favorites.

This is one of the illest songs of the past decade-plus. Not one of the bigger “pop smashes,” but a record that embodies what meshing hip-hop with pop does. If there is anyone who knows how to do that, it’s definitely Pharrell (and Chad). I love how the drums go from this chill Foo Fighters/Dave Grohl vibe into this funky, boom-bap-type vibe, then into this Brian Setzer swing feel. There is no song like this in the past decade-plus, I can confidently say that.

Common/Erykah Badu – “Love of My Life”

I remember seeing this for the first time on MTV and I couldn’t believe what I was seeing/hearing. It felt so refreshing at the time (2003) and so dope to hear such a contrast of musical elements, voices and melodies. That funky Pino Palladino-esque bass line mixed with those catchy pop-driven boom-bap drums was very unique. Hearing this on the radio and seeing it on MTV at the time was very big for music. It was definitely a more urban-leaning record, but embodies what it takes to mesh pop with hip-hop, no doubt.

What a dope collaboration. Snoop recruiting Justin, in addition to throwing Charlie Wilson in the mix, makes for an extremely dope, innovative record. This song fuses funk, jazz, boom-bap hip-hop and pop extremely well. The fact that all these artists, who do completely different things, came together and made a cohesive, natural record speaks volumes. This song shows you how well genres can be meshed if done correctly. Hats off to this joint.

The Fugees – “Killing Me Softly with His Song”

One of the most classic records of all time. Man, when this song was released I remember being about four or five years old and hearing it on the bus every day on my way to school. This record absolutely dominated pop radio and became almost the blueprint for pop/hip-hop crossover records. The Fugees also conquered this on another song called “Ready or Not,” which I actually was going to choose originally for this, but I felt that “Killing Me Softly” was just that much more of a staple. Standing ovation for the Fugees on this one. 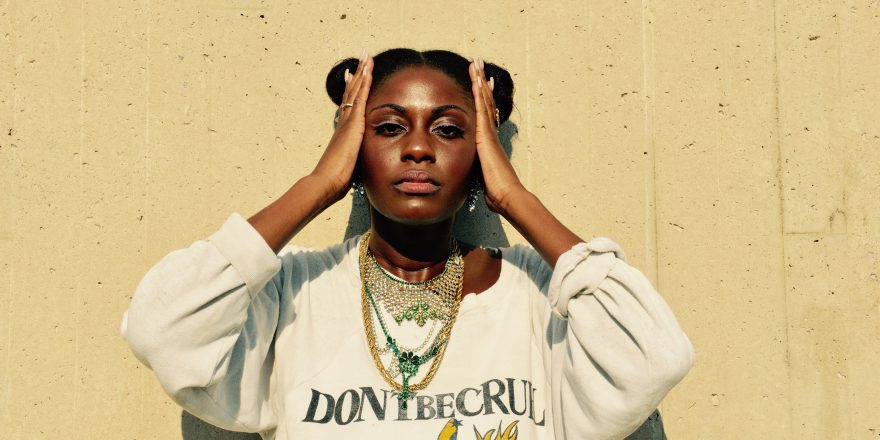