Michael Tyburski is a filmmaker based in Brooklyn, NY. His work has been featured by The New Yorker, Indiewire, Short of the Week, and in Filmmaker Magazine, which named him one of the “25 New Faces of Independent Film.” His short film Palimpsest premiered at the 2013 Sundance Film Festival, where it won a Special Jury Prize. He has received support from the Alfred P. Sloan Foundation and the Sundance Institute, where he was selected as a feature film fellow for the Film Music and Sound Design Lab at Skywalker Sound. His feature film debut, The Sound of Silence, premiered at the 2019 Sundance Film Festival and is being distributed by IFC Films.

Although there’s a long list of movies that I consider to be great, there’s only a very short list of works I consider to be the gold standard of cinema. And on that list, there’s one masterpiece that I adore above any other: Barry Lyndon, a film that masters the medium and gracefully puts forward every component of the craft.

I think my affection for Barry Lyndon is in part connected to my experiences seeing Kubrick movies at a very young age. I recall one cold Vermont winter when my father arrived home to our secluded cabin in the woods with a VHS copy of The Shining, an unusual choice for a movie the whole family could enjoy together on that blizzard-stricken afternoon. The youngest of my siblings, I must have only been about Danny Torrance’s age as I watched the movie with just one eye, peeking around the corner of our family room for its duration.

It was during my junior year in high school that I first tracked down a DVD of Barry Lyndon. The three-hour-plus running time was daunting for what appeared to be an excruciatingly slow-paced costume drama, and it took me two sittings to get through it all. Some six years later, though, when I saw it on 35mm at Film Society of Lincoln Center’s Walter Reade Theater, the film completely won me over. Before the screening, a spry gentleman wearing a brightly colored bandana on his head suddenly hopped on stage, to much amusement from the impressively full house. Only later would I realize this was Leon Vitali, Kubrick’s longtime assistant who also plays Lord Bullingdon in the movie. After a brief introduction, he made a simple assertion that soon rang true for me: “This is Stanley Kubrick’s Barry Lyndon, and I just know you’re going to love it.” 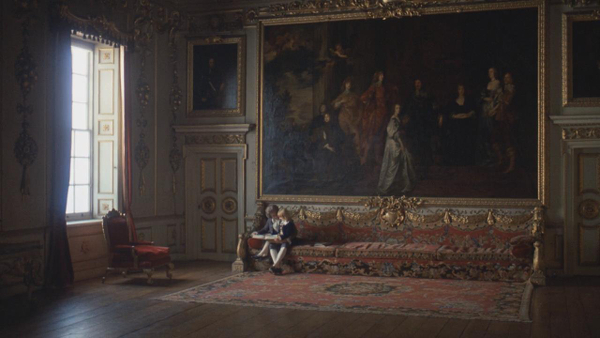 The screening at the Walter Reade was a turning point for me, not just with Lyndon, but with understanding how important seeing a film with an audience can be. I don’t think it occurred to me when I saw Barry Lyndon as a teenager that much of the film was intended as satire, but the response in the theatre persuaded me to embrace it in a completely new way. The same black comedy I love in Kubrick’s other works was present here, brilliantly woven into this antique setting. A fan of the odyssey story, I had been wowed by Little Big Man in high school, but Lyndon was something much richer, visually more refined and timeless in its approach.

An expert in the use of the slow zoom, Kubrick utilizes his trademark technique flawlessly throughout Barry Lyndon, constantly pulling back from a close-up detail to reveal a wide, vibrant frame, presented for our consideration. It seems like an effortless cinematic movement, but each frame is meticulously composed with the same mathematical precision that is applied to all aspects of the movie. As a viewer, you can’t help but get totally absorbed. These shots are beautifully orchestrated in their blocking and use of color and light, with Kubrick allowing us the proper time to digest them. He and cinematographer John Alcott create images so exquisite that they resemble live-action reproductions of paintings hung amongst the galleries of the Uffizi. 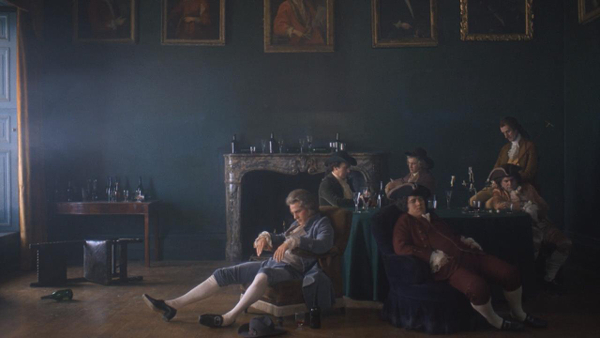 Lyndon is no standard period piece. I believe that it’s actually the closest and most visceral examination of 18th-century life we could possibly have. Of course, much has been made of the candlelit night interiors that were shot with a lens developed by NASA, but it’s the logic behind why Kubrick had wanted to pioneer these sort of practical effects, so as to transport viewers to that time and world, that is an equal part of the mastery to me. Every scene was filmed entirely on location, mostly with natural lighting — so as to mimic a world devoid of electric light. And all this with a painstaking degree of detail, not for the sake of merely recreating the period on screen, but to quite literally create the period. It truly sets the bar for any other piece of cinema that has come before or in the 40 years since its release. 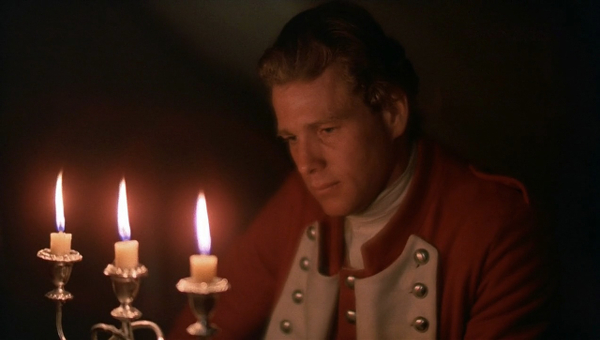 As many times as I’ve watched Lyndon and as much as I’ve thought about the film, it’s hard to put my finger on exactly why I keep coming back to it again and again. My best guess is that with Lyndon — and all of Kubrick’s films, for that matter — I know I’ll be in good hands for the entire ride. The cinematography, production design and score are commanding, grandiose and melancholy, all at the same time. It doesn’t matter how often I see the film, the narrative twists and turns never cease to move me, as new details and hidden layers reveal themselves. And over time, Kubrick has somehow figured out how to tap into something that has me remembering things that were never on screen in the first place: Wasn’t there dialogue between them in that scene? Didn’t I see more coverage of that study the last time I saw this? I thought he fired into the ground a second time there.

That’s the type of storytelling that I’m probably most attracted to and want to learn from as a filmmaker. It’s partially the picaresque style, but Lyndon has taught me how you can effectively skip ahead in time, and how showing less can sometimes be more rewarding, leaving more for the audience to unpack themselves. Our minds have a funny way of filling in the gaps and making the world bigger than what’s actually presented to us. 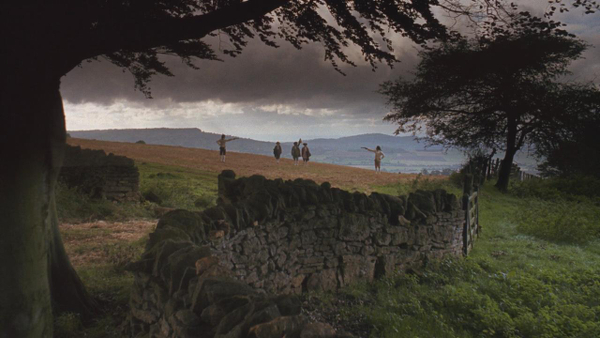 As such a devout fan, what may be surprising is that for years — as an exercise in self-discipline — I’ve restrained myself from buying Barry Lyndon or any one of the various box sets of Kubrick’s collected works, for that matter. Viewing (or even discussing) a Kubrick film for me means going down a rabbit hole that can take days to come out of. It’s become an annual tradition for me to watch Eyes Wide Shut around the holidays, which last year spun into several weeks of repeat visits on international flights and at IFC Center. I can never get Kubrick’s films out of my system with just a single watch. And although his movies occasionally pop up on Netflix, I can no longer take the bait for watching his works on that platform. (To reach the wonderfully ironic use of Gene Kelly’s “Singin’ in the Rain” over the closing credits of A Clockwork Orange, only to have the picture abruptly seized mid-verse to display other Malcolm McDowell titles “we think you’ll enjoy,” is just too painful.) However, writing this piece triggered me to finally cave and purchase the recently released Stanley Kubrick: The Masterpiece Collection Blu-ray box set.

Though my appreciation for Barry Lyndon developed somewhat late, it still amazes me how often I come across other filmmakers who have still never given the film a chance. To me it is a greatly underappreciated masterpiece, and I hope that reading this will motivate those who have overlooked the film to perhaps reconsider it. There are many exhaustively researched and thoroughly detailed analyses you can read online, if you want to dig deeper into what makes this work so profound. But I think Kubrick himself said it best: “The essence of dramatic form is to let an idea come over people without it being plainly stated. When you say something directly, it is simply not as potent as it is when you allow people to discover it for themselves.” In the meantime, I’ll be screening it on repeat at home for the next few nights.

Michael Tyburski is a filmmaker based in Brooklyn, NY. His work has been featured by The New Yorker, Indiewire, Short of the Week, and in Filmmaker Magazine, which named him one of the “25 New Faces of Independent Film.” His short film Palimpsest premiered at the 2013 Sundance Film Festival, where it won a Special Jury Prize. He has received support from the Alfred P. Sloan Foundation and the Sundance Institute, where he was selected as a feature film fellow for the Film Music and Sound Design Lab at Skywalker Sound. His feature film debut, The Sound of Silence, premiered at the 2019 Sundance Film Festival and is being distributed by IFC Films. 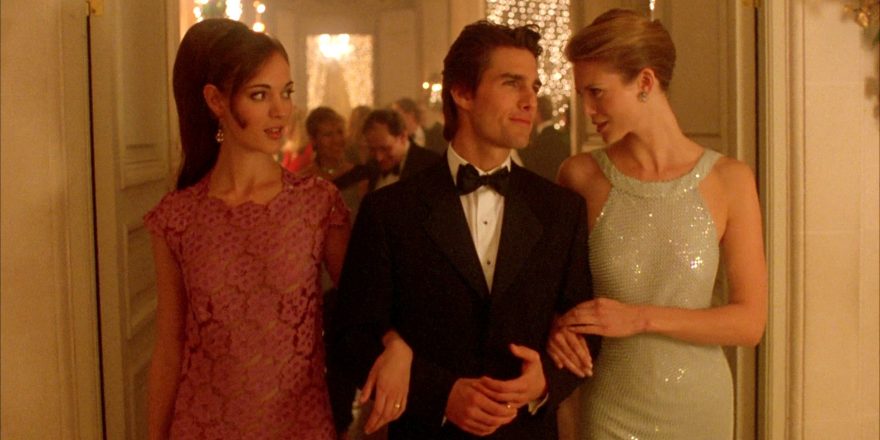 Expiring Soon: Eyes Wide Shut, Whatever Movie You Need It To Be 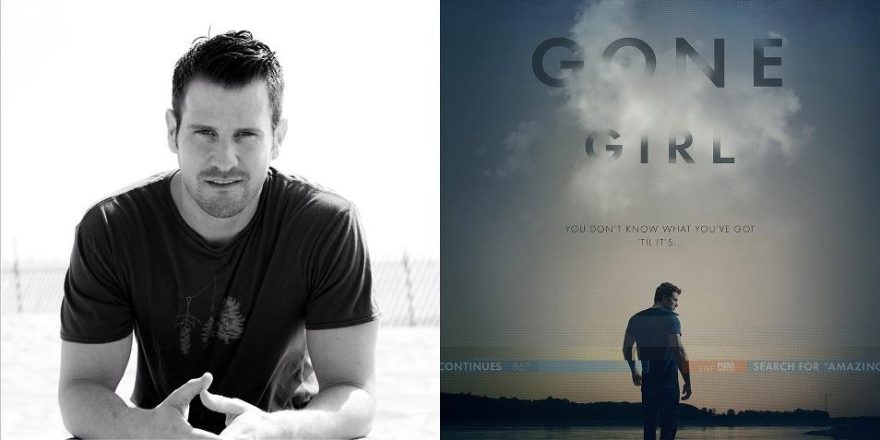