Roger Roger – “Rhapsody in Green I – Effluves”
This composition released in the late ’70s was inspired by an essay about the effects music can have in stimulating plant growth.

Ruth White – “Evening Harmony”
Ruth White was an early electronic pioneer. Her album, The Flowers of Evil, released in 1969 is one of the most magnificent albums I’ve been fortunate to come across, bringing forth select poems of Charles Baudelaire, translated from French to English by White herself, to a dark electronic backdrop.

Clara Rockmore’s theremin performance of “Air” by Mattheson
By far the most respected and legendary thereminist there ever was.

The Incredible String Band – “Water Song”
“Wizard of changes, teach me the lesson of flowing.”

Jonathan Halper – “I am a Hermit”
I believe this was featured in a film by Kenneth Anger. I’ve not seen the film, but I grew fond of the song having heard fellow Shadow James Christy singing and playing it on guitar back at the old house.

Kuhn Narin – “Racing Harp”
This artist, from Thailand, and his electric phin band are something of a psychedelic party band with a changing lineup of players consisting of adults and children. I would love to see this band live someday.

Saint Vitus – “Dragon Time”
This is one of the best songs about a dragon that I am aware of.

Gregg Brown – “Crop Circle Song”
In the days when we played as the family band, while on tour we were blessed to share a bill with this local Illinois legend. To recount the day as I remember it, the winds were whipping and there was a tornado alert coming through the radio as we raced to pick up our friend Teadoora at the edge of a field. Later that afternoon, the weather calmed and we busked outside of the coffee house wherein the show was to take place. During the show, Gregg was amazed about how the sound waves bounced within the room. 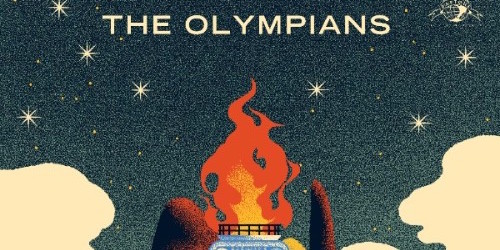