Tony Banks is a founding member of Genesis and a Rock & Roll Hall of Fame inductee. 5 is Banks’ tenth album outside of the band and his third orchestral album following the releases of Seven: A Suite for Orchestra and Six Pieces for Orchestra.

When we first began recording in studios in the earlier days of Genesis, we would go in as a group and perform and record the piece until everyone got it right. Unfortunately, one person might do a brilliant performance, but because of an error elsewhere, the take would be unusable because the sound of one instrument would spill over onto the microphones of the others. Over the years, as studio techniques changed and improved, there was more separation between the instruments, and later still the instruments could all be recorded independently, which gave one the ability to perfect each part. In the main, orchestral music is still recorded in the old way. That’s fine for music that is already known, or at least has been played live, but is more difficult for new music. When recording rock, particularly with Genesis, a great deal is left to the studio. Some pieces change quite radically in this process. When recording orchestras, just about everything is fully decided beforehand.

5 is the third suite I have recorded with an orchestra. When I recorded the first of my orchestral suites, the first challenge was to find a way of transferring ideas written using piano and synthesizers to sound convincing with an orchestra, as not all the pieces had originally been written with an orchestral arrangement in mind. The next challenge was finding people who took what I was attempting seriously. Over the years, I have developed a fair amount of confidence when dealing with rock musicians. However, because some people in the classical world have less respect for those of us from the other side, my confidence with them was more lacking. Coupled with an overall feeling of inferiority, this made the first sessions pretty hard. I realized quite quickly that I had to work with people from my side of the fence who understood what I was trying to do. Once they were in place, the whole process became much easier. I recorded the first suites with a London orchestra, but the next, and the most recent, I recorded with Czech musicians in Prague. Their attitude was perhaps a little more in tune with what I was trying to achieve. (There were even a few Genesis fans among the players, which helped.)

When recording the first two records, we went into the studio with the whole orchestra, and at the end of a session, we had to have a finished piece. The trouble was, particularly the first time round, we spent half the session correcting the scores, then trying to get not just the notes right, but a real performance from the orchestra. They, of course, had never heard the pieces before, so there had to be a lot of guidance, especially from the conductor, but also from those of us in the control room. The most difficult aspect to keep control of was the tempo. Unlike in rock and pop, orchestral tempos can be very fluid, and it can be quite difficult to keep your head around them. Naturally, many compromises have to be made. Sometimes the results can really sound great, but one or two pieces definitely did not work quite as well as I’d hoped.

This time, I wanted as much control as possible. I spent longer on my demos, trying to get the majority of the orchestrations sorted, but just as important, locking down the tempos I wanted. We then used these demos as a template, i.e., everything was recorded to them. Indeed, the piano on the final versions is the piano I recorded originally.

Before going to Prague to work with the orchestra, we did a number of sessions in London, where we recorded the soloists, trumpet (John Barclay) and soprano saxophone, duduk (Martin Robertson), percussion (Frank Ricotti), and harp (Skaila Kenga). In Prague, we recorded the orchestra in sections, which would hear the sampled versions of the other instruments while they were being recorded. We did two days with the string players and a day or so each with the brass, woodwind and choir. I was able to scrutinize all the parts and make sure everything was as written and concentrate on obtaining a good performance.

Even when recording an orchestra in the more conventional way, there are usually many takes edited together to produce a final result, so nothing is ever quite as it appears. I think (I hope!) that the final result sounds as if everyone is playing at the same time in the same room. Personally, I am convinced.

Tony Banks is a founding member of Genesis and a Rock & Roll Hall of Fame inductee. 5 is Banks’ tenth album outside of the band and his third orchestral album following the releases of Seven: A Suite for Orchestra and Six Pieces for Orchestra. 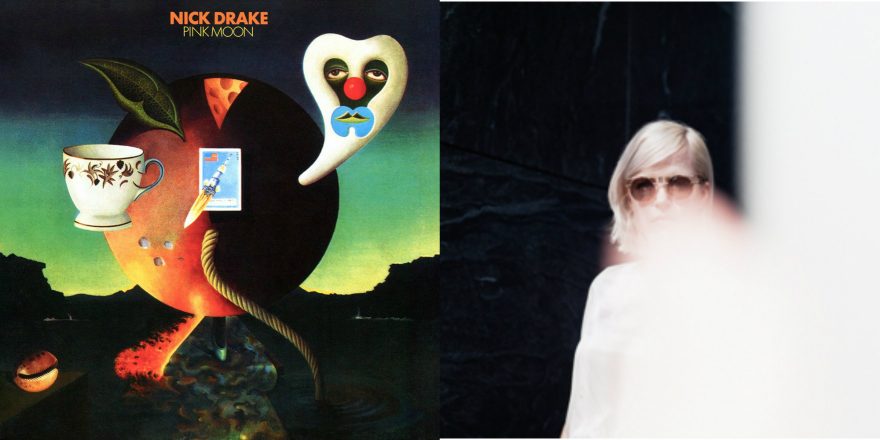 Nick Drake and a Plea for Playfulness with Tradition