Whenever I meet someone new who’s not in the entertainment business and they find out that I make and write about movies, they invariably ask the question, “What’s your favorite movie?” I usually have an answer ready, though it’s changed over time; over the years I’ve said everything from GoodFellas and The Man Who Shot Liberty Valance to Scenes From a Marriage and The Shining. (For the record, Boogie Nights has now held the top slot for several years.) It’s hard to pick a favorite movie, because no one movie can include everything that makes movies great. I love both Ordinary People and Jackie Chan’s Rumble in the Bronx, for example, but I wouldn’t watch Jackie Chan for acute psychological observations, and the kung fu in Ordinary People is pretty much nonexistent. It’s much easier, when asked, for me to name my favorite actor, since a single actor can over the course of a career encompass the breadth of what I look for in performance – it’s hard to find comedy, tragedy, action, political satire, poetry, horror, romance, combat, etc. in the same film (though Malick’s The Thin Red Line comes damn close), but there are actors who have worked in all of these registers at one point or another.

One such actor – my favorite actor – is Nick Nolte, who has done great work in tragedy (Affliction), farce (Tropic Thunder), suspense (Cape Fear), romance (The Prince of Tides), historical drama (Jefferson in Paris), film noir (The Good Thief), adventure (The Deep), satire (Down and Out in Beverly Hills), action-comedy (48HRS), and whatever the hell Oliver Stone’s U-Turn is. These titles just scratch the surface of a career that includes around 100 film and television credits going back to Nolte’s 1969 debut on an episode of The Wonderful World of Disney, and I was reminded once again of the range and depth of Nolte’s work when reading his recently published memoir, Rebel. Not because the unassuming, modest Nolte sings his own praises in the tome; to the contrary, it’s a relatively self-effacing volume in which the actor skims past incredible acts of artistic commitment (like using heroin to get into character for The Good Thief!) with the view that killing yourself for a role is just part of the job. But simply by telling his life story as a series of episodes relating to the various films he’s done, Nolte inadvertently makes his own case for recognition as one of the all-time greats – the catalog of fine performances in superb movies is simply dizzying.

Nolte’s emergence as a genuine acting talent perfectly coincided with my development as a serious filmgoer. I had just turned 11 years old when Walter Hill’s 48HRS opened in December 1982, and the movie had just the right combination of adult and juvenile pleasures as a witty, elegantly structured and directed, socially conscious action film that also just happened to be packed to the brim with gleeful vulgarity and unapologetic violence. On first viewing I was, like most audiences at the time, completely taken with Eddie Murphy’s tour de force turn as Reggie Hammond, but as I revisited the movie I was struck by how equally impressive – in a less showy role – Nolte was as the mildly racist cop who teams up with Murphy to catch a killer. The banter between the two actors, which would establish an entire subgenre and influence everything from Lethal Weapon and Midnight Run to Rush Hour, is consistently hilarious and revelatory of character, but there’s more to Nolte’s performance than a craftsman’s fine skill at badinage. Just look at the scene in which his Jack Cates finally recognizes Hammond as an equal, a moment that could come across as merely fulfilling the obligations of formula in lesser hands; when Nolte growls that he was “just doing my job, keeping you down,” he’s acknowledging and lamenting the sins of an entire culture. Nolte underplays the moment with a moral force that is all the more effective for being so embedded in an otherwise light piece of escapist entertainment; I’ve rarely seen an actor, in any genre, convey so much with such economy.

And it was just a warmup for the spectacular performance that followed 48HRS, in Roger Spottiswoode’s Under Fire. Spottiswoode was one of the many writers on 48HRS, and in Under Fire he gave Nolte an even juicier part as Russell Price, a photojournalist who compromises his professional integrity in favor of a greater moral purpose. The script was by then newcomer Ron Shelton, who pulled off the amazing trick of not only inviting comparison with Casablanca but of earning it and even improving upon his source material; the intersection of romance and politics explored in the love triangle between Nolte and Joanna Cassidy and Gene Hackman’s characters is more sophisticated, more adult, and more heartbreaking than what one finds in Casablanca, great as it is. Under Fire wasn’t a big hit at the time of its release in 1983, but as a young moviegoer blissfully ignorant of box-office grosses, all I had to react to was the movie itself, and I was blown away by the complexity of its insight, the achingly difficult moral choices, and the depiction of how history is shaped by personality, and vice versa. Within a few months of each other, 48HRS and Under Fire not only shaped my view of what movies could and should be, they established Nick Nolte as an actor I could trust – if this was the kind of material he liked doing, chances are his movies were always going to be the kind that I would like.

This proved to be true, with very few exceptions, for the next 35 years and counting. When people talk about great actors, they rarely talk about what, to me, is possibly the most important quality an actor can have: good taste. Late in Rebel, Nolte tells a story about his lawyer suggesting that he model his career on Robert Redford’s; Redford would do a couple movies for the studios, then get to do one for himself. Nolte’s response was that he was already doing one for himself – and then he’d do another one for himself. And then another. It’s this kind of thinking that kept Nolte from ever becoming a star of the magnitude of Redford, or Burt Reynolds, or Clint Eastwood (who followed a similar “one for them, one for me” formula throughout the ’70s and ’80s until Unforgiven gave him the clout to stop doing Dirty Harry sequels and monkey movies for good), but it also led to one of the most extraordinary galleries of varied characters in all of American cinema. I won’t tax the reader’s patience by listing every performance Nolte gave and what makes each one great and different from the others, but just look at the two performances he gave for Martin Scorsese, as artist Lionel Dobie in Life Lessons and attorney Sam Bowden in Cape Fear. One is all bearlike passion, insecurity, and explosive ego combined with equally explosive self-loathing; the other is uptight, terrified, repressed, rigid. Yet in both cases, the performance is so convincing and the connection with the psychology of the character so direct that one would swear the actor was playing himself – a fact made all the more remarkable when one considers that Nolte did something as different from these parts as they were from each other in Prince of Tides, which was released only weeks after Cape Fear in 1991.

Rebel is filled with great stories about the making of these films and others; as a Malick disciple, I was particularly fascinated by the account of that director’s process Nolte witnessed on The Thin Red Line, and the passages on the haphazard production histories of 48HRS and Under Fire are fascinating given how well both films would turn out. In the end, though, what really struck me about Rebel was the insight it gave me into why Nolte is our greatest actor; page after page, the actor reveals both his fearlessness and his vulnerability, and I think it’s this unusual combination that characterizes his best performances. It’s there in Prince of Tides’ Tom Wingo, in Mother Night’s American spy in danger of becoming what he is against, and in the relentlessly corrupt but dedicated cop of Sidney Lumet’s Q&A. Nolte captures a certain kind of American man, a man of strength and sensitivity struggling in a culture where men don’t understand how or why to express love (the great subject not only of Barbara Streisand’s The Prince of Tides but also of Paul Schrader’s Affliction, which contains perhaps Nolte’s best work). Even Nolte’s extreme performance in Oliver Stone’s aforementioned U-Turn, a black comedy in which incest stands in as a metaphor for everything poisonous and corrupt about American society, finds space for both the fearless audacity and vulnerable contemplation that characterize him as an actor. Thanks to the era of peak TV, Nolte is as good as ever in the title role on the EPIX series Graves, playing an ex-President aware of the hole he dug for the country and deeply troubled by it. Rebel finishes with Nolte sounding at peace with his life and career, and satisfied with his work on Graves, as he should be. But I hope he’s not quite completely satisfied just yet – I’d hate for us to lose one of the best seekers we’ve ever had step in front of the camera. 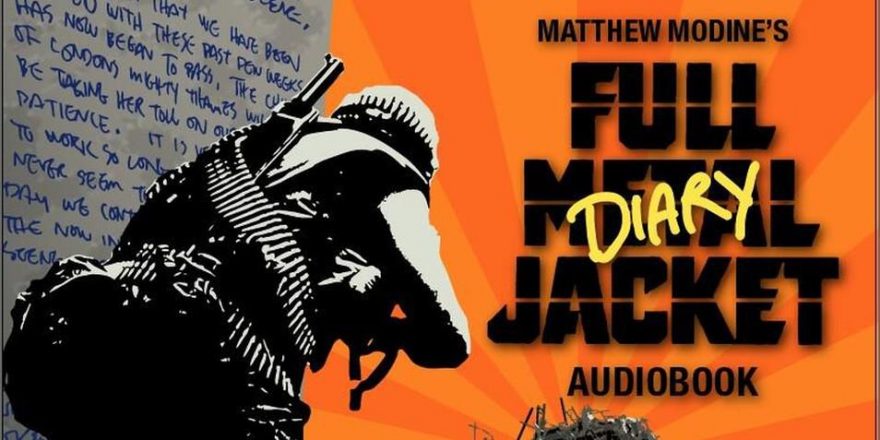