Tonight, the Alamo Drafthouse Theater in Brooklyn, New York, will be screening a double feature of two of my old movies: Detroit Rock City and The Dark Backward. Both presented on glorious 35 mm celluloid stock. Being asked to share these films, on a big screen, and in the way I had always intended they be seen, on luminous film, is beyond flattering and I look forward to introducing them to new film fans. What makes the experience all the more special is how unique it is these days for audiences to get to discover lesser-seen titles this way. As a result, I can’t help but harken back to the halcyon days of my fledgling film fanatical youth, when places actually existed where older films, offbeat films and foreign films would be continually exhibited to service the unquenchable thirst of cinema junkies like me and my friends. I’m talking about the glory days of the once mighty, but now erstwhile, cinema revival houses.

Mostly gone and for the most part forgotten in these current hyper content-consuming times, these repertory movie temples were where casual movie buffs and full-fledged cineastes alike could escape to see films from every genre, every era and every country in the world. When I was growing up in Chicago, before the ubiquity of the looming home-video revolution, I got my film education at several local revival theaters that would play a completely different double feature every single day, 365 days a year. One theater was called the Parkway, one the Varsity, another the Music Box, and there were a few others as well. The films would be carefully curated and paired with each other by genuine movie lovers who understood the meaning of a compelling double feature. The films were sometimes paired by director, sometimes by star or genre or calendar holiday, but oftentimes were counterintuitively paired together for the most offbeat, but wonderful of reasons; every day at any of these theaters was a guaranteed Christmas morning of cinematic discovery. One standout coupling I’ll never forget was when someone played 1935’s Love in Bloom with 1973’s Blume in Love. But the film education we all received was vast: Harold and Maude, Taxi Driver, Sunset Blvd, Once Upon a Time in the West, In a Lonely Place, Touch of Evil, Rear Window, Persona, City Lights, Wild in the Streets, Sherlock Jr., Hiroshima Mon Amour, Faster, Pussycat! Kill! Kill!, and the list of titles goes on and on. As does the list of featured filmmakers: Kubrick, Herzog, Kurosawa, Ford, Altman, Buñuel, Godard, Wertmüller, Cronenberg, etc., etc., etc. … These are just a few of the movies and directors I was exposed to for the first time at one of Chicago’s coveted revival palaces. 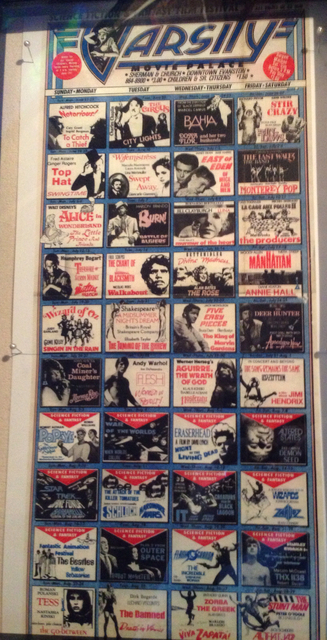 The eclectic, schizophrenic ever-unpredictable calendar was targeted to one demographic and one demographic only: movie lovers. The philosophy being, movie lovers love all kinds of movies: funny movies, serious movies, classy movies and schlocky movies alike. That’s why one day they could screen work by the Russian maestro Andrei Tarkovsky and the very next day show the Godfather of Gore, Herschell Gordon Lewis, and nobody would blink an eye. And the calendar itself was always a pupil-dilating work of pure pop-culture art. A mesmerizing mosaic of miniature movie posters, film fonts and catchy catchphrases designed to wet the appetite of us loyal locals, boasting upcoming events like: Wim Wenders Wednesday and the Boxing Day Boxing Movie Marathon. Every three months, me and my friends would race to collect the latest pulp paper-printed schedule of what lay ahead over the next 90 days. We’d then huddle together and circle the upcoming movies we were determined to catch. The large colorful calendars would then hang proudly on our walls, a symbol of our dedication to cinema, but also a reminder of how many movies exist and how little time there is to see them all.

And keep in mind, the times, and movie-consuming habits in general, were quite different then. Video stores were only just starting to sprout up, and streaming was solely an act reserved for urinals, so unless you wanted to see what random old flick happened to be playing on late-night TV, the only way to see an old movie was to get off your ass and go to the Parkway. And the audience wasn’t just a speckling of a few film nerds either, there were always lines around the block. Can you imagine lines around the block today for a double feature of Satyricon and Juliet of the Spirits? From Dr. Caligari to Dr. Kildare, from Hal Ashby to Hal Needham, the crowds were always big.

And the film print quality was as varied as the calendar itself. You never knew what you were going to be met with. Some prints were pristine. A suggestion that perhaps these were the less circulated titles. Or perhaps the most in-demand titles, hence the constant availability of brand new 35 mm prints. But other prints were scratched, faded, poppy and chopped to shit. Having traveled the globe on the bustling revival house circuit, certain titles were in bad need of a reprinting. At the time, I was convinced the entirety of Ken Russell’s The Devils was shot through a murky magenta filter. But we never cared. We inhaled each screening like it was oxygen. Sucked it dry like cinema vampires. And between the movies were the vintage trailers for upcoming events. Talk about chopped to shit. The trailers were usually in the worst physical condition. But seeing them was always a rare and unique joy. Today, just about every old trailer is available on YouTube, but not then. Then, these discoveries made us feel special somehow, like members of an elite club. 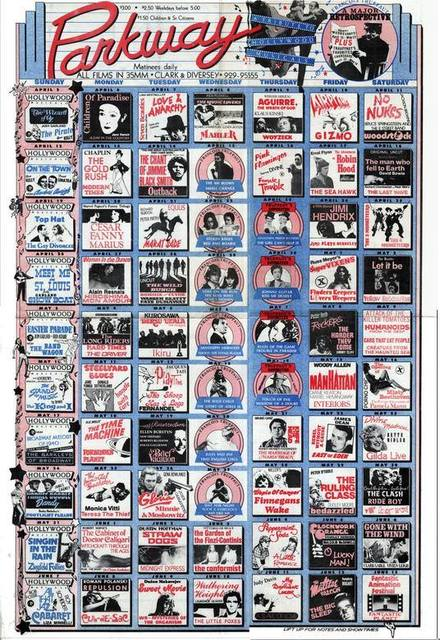 Times have changed considerably since the glory days of the revival house. Only a rare few similar spots still exist: the American Cinematheque and Quentin Tarantino’s New Beverly Cinema in L.A., Film Forum in N.Y.C., and, of course, the Alamo Drafthouse chain, which lovingly embraces all forms of cinema. Thank God. But my romanticized memories of times spent soaking in so many great films at these original meccas has me wistful. I feel pangs of nostalgia for the old Parkway, the Varsity, and the like. Sure, the death of the revival house is a loss, both for me personally and film fans everywhere, but there’s something bigger at play within me now. Those days weren’t just about discovering old movies I’d never seen or heard of before, they were about discovering myself. Nothing but possibility lay ahead. I grew up there. From ages 10 to 17. Impressionable ages, to say the least. Who I am is thanks in no small part to many of those movies. Going with my father to see The Seven Samurai for the first time on the big screen at 10 years old will forever be a magical memory I’ll cherish. And coupled with The Magnificent Seven, no less. In those days it was just about being carried away by the stories. So many stories. Taken by the hand into new worlds, being exposed to new philosophies about life, by way of the heroes and the villains projected on that enormous screen.

In those more innocent times my dream was to one day move to Hollywood and pursue a career as a film director. I imagined the definition of success was seeing a double feature of my own movies on a Parkway calendar someday. The thought of it seemed a million miles from reality. Well, the Parkway may be gone, but today here we are, two old movies of mine are on the Alamo Drafthouse calendar for tonight. My 12-year-old self is doing backflips … 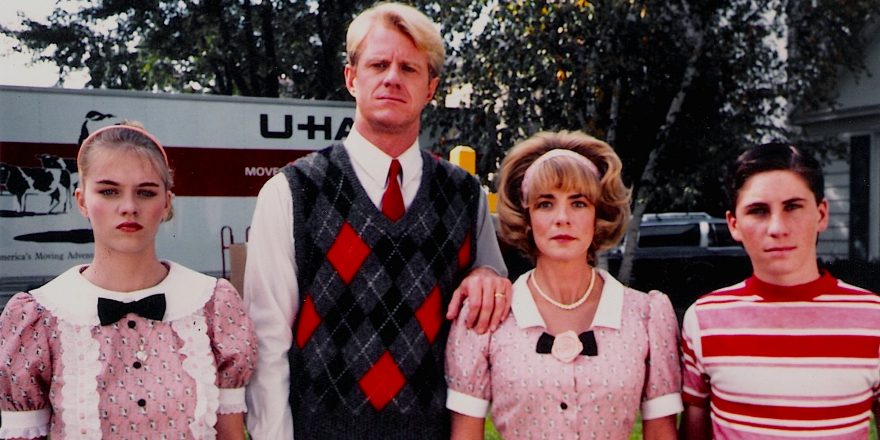 The Improbable Genesis (and Unlikely Return) of Meet the Applegates 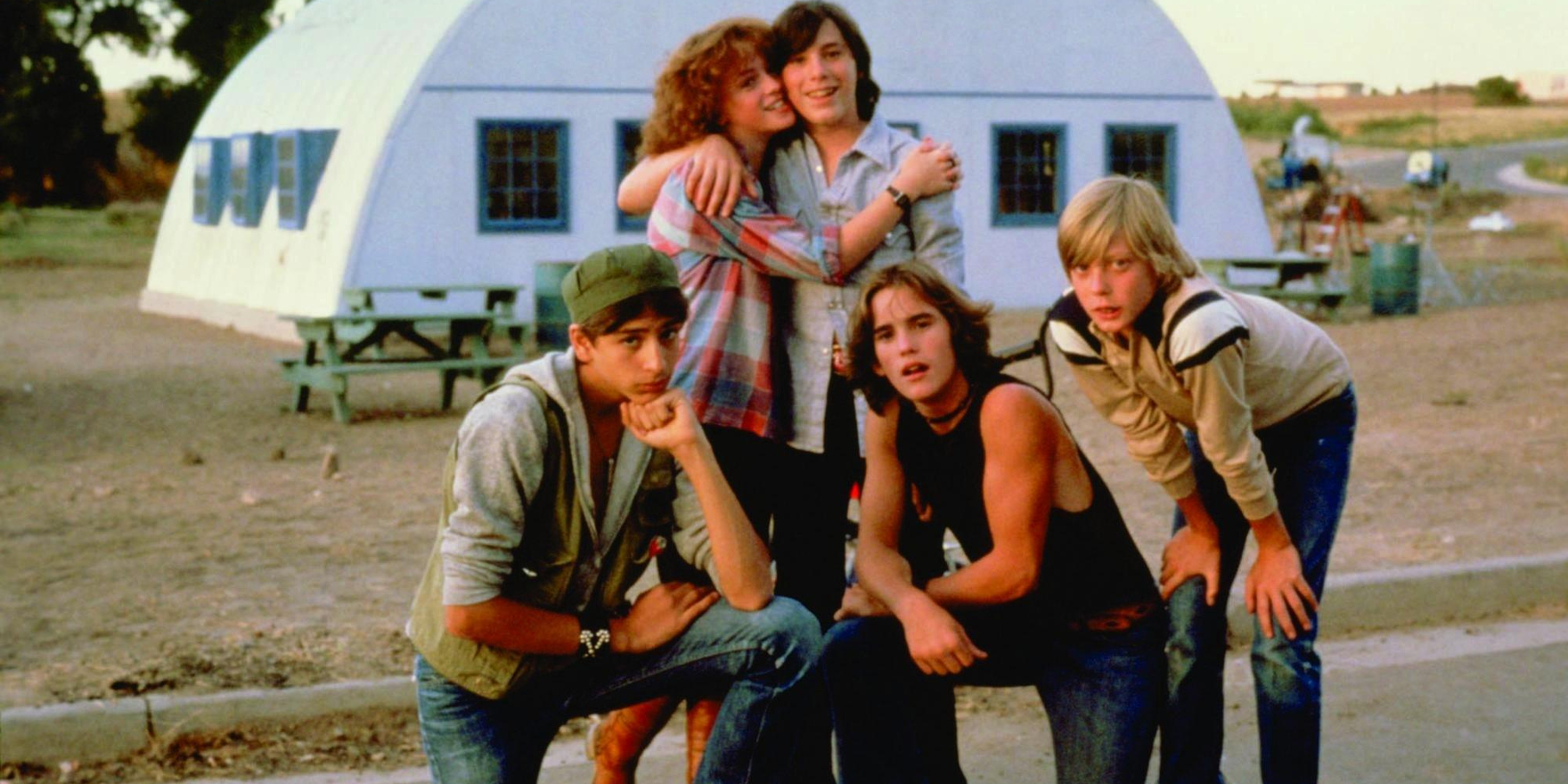 Bruce LaBruce’s Academy of the Underrated: Over the Edge