U2 is easily one of the highest-grossing bands of my lifetime, while also the butt of many millennial pop culture jabs in lieu of the sad state of mainstream rock n’ roll. (South Park famously cast lead singer Bono as a literal walking, talking piece of shit.) Additionally, I’m sure we all remember waking up one morning to their 2014 record, Songs of Innocence, on our iTunes without any of our consent. The backlash was harsh, but I don’t think I even took the time to scroll through my library to delete the music, let alone listen to it. The state of capitalism and the music industry in 2017 could indeed be summed up by this particular incident: being force-fed, as consumers, until we give up and open wide. Even as the content dribbles down our faces, we don’t care enough to fetch a napkin.

Growing up in in an African-American household in the nation’s capital, popular contemporary rock ’n’ roll was somewhat of a mystery to me; the rock I heard blaring out of my father’s sound system was Living Colour, Jimi Hendrix, Prince, and Michael Jackson. (Honestly, not bad.) After owning a nylon-string guitar for nearly a year, I was determined to see what other music out there prominently featured the electric guitar I heard from my parents’ collection. I shuffled through their CDs and tapes and saw two bands hiding in the mess: U2 and Bon Jovi. It was almost as if my parents were hiding these pale-faced rockers from my field of view. How dare they limit my thirst for the rock and the roll?!

Needless to say, I popped on the U2 tape. It was that album with “Sunday, Bloody Sunday” on it, which is actually still a pretty amazing song. I have to admit seven year-old me thought it slapped, and I listened to it again and again. I could now look in the mirror and call myself a rock fan. I found a band—on my own—that it was possible that teenagers even listened to, too. I had arrived. Little did I know that, a few decades later, I’d trash them with my friends and laugh at satirical cartoon shows calling the altruistic lead singer a piece of poop.

The question I now pose to myself and the reader is: Do they really deserve our scorn? There once was a time where U2 did not have to hold a proverbial gun to rock listeners’ heads to get them to pay attention. Worldwide, people willingly lined up by the cumulative millions to attend their shows and buy their records. If I’m being completely honest, maybe I’m just a little jealous of the world they grew up in, where a young up-and-coming band could really hit the big time and have a money-making career. They have, after all, made 500 million times the money that I’ve managed to make over my short time touring the world. Maybe these guys know what they’re doing. Some esteemed figures in the music industry might consider them true masters of their craft. Maybe us millennials could take a page from their book and really learn how to “rock!”

I have made it through U2’s newest album, Songs of Experience, twice now. Once on my commute to work, and once sitting in my room, over a half-finished glass of filtered water. I say that I “made it through” the album twice because, at first, it was a struggle. My afternoon commutes to the Upper West Side are long, and I rely on music to keep me inspired and upbeat as I race along with the hustle and bustle of NYC. From the very first song, this album does very little to grab my attention. I could have mistaken any of the tracks for a low-tier Taylor Swift song I might happen to hear in a Walgreens. Bono’s lyrics, which in the past have been iconic—as on “One,” from 1991’s Achtung Baby, when he sings “We’re one, but we’re not the same / We have to carry each other, carry each other”—sound like he wrote them maybe five minutes before the sessions. Most songs speak vaguely of a “light,” or a “dark,” or a “resistance,” or a “community” that needs to come together and affect “change.” As progressive, left-leaning listeners, we can all easily get behind these ideas…but what else you got for me, Bono? When information is so readily available, we don’t need any more broad, generalized ideas of how to make our declining world a better place. Specificity, through the perspectives of the aging rockers’ vast experiences, are what we need now more than ever. We don’t need a hazy concept of “love” so much as we need health care. One would think maybe Bono’s experiences raising money for AIDS awareness through his organization, World Vision, his multiple hospitalizations, including bouts with glaucoma and damage to his spinal cord, his family life with his wife and four children, not to mention having multiple albums go both platinum and even diamond on the charts, might lead him to tell more gut-wrenching or personal stories. The album is called Songs of Experience, after all.

Bono begins the album by telling us that “love is all we have left” in (surprise!) the song entitled “Love Is All We Have Left.” He sounds tired and a little desperate, as if the years swashbuckling against the pop charts and wealth inequality have brought him to his knees. He’s so tired that he gives in to using an Auto-Tune effect on his backing vocals. This isn’t really the worst production choice, given the current pop climate, but feels a little forced as used by Bono. Other than this, the album gives no other indication, production-wise, that they are deviating toward a new U2 sound. Essentially, it’s the same old “uno, dos, tres, catorce” Vertigo-era U2.

In the next track,“Lights of Home,” he tells us he “sees the light in front of [him]” as if he’s about to die, but I think he’s trying to say that he’s still got some gas left in the ol’ tank. I would have to disagree. His best days were in the mid-1980s, when one could actually hear the quality of the instrumentalists in the recordings. The doubtlessly high-priced overproduction on Songs of Experience consistently glosses over everyone’s performances, especially those by drummer Larry Mullen, Jr. I can’t hear one hit that doesn’t sound replaced and beat-detected to the point where they could have just programmed a drum part and told Mullen to stay at home. There’s no song on the record where this is more apparent than on the song called “American Soul,” where Bono appears to be paying tribute to the American South, the birthplace of rock and roll. The distorted guitars are so edited and compressed that there are absolutely no soul or dynamics in any of the playing. The classic staple of the delta blues and early rock and roll was the imperfection and the fret noise; the amp buzz, tape hiss, and the raw emotion. U2 does not seem particularly interested in conveying any of that.

I immediately stopped dead in my tracks after hearing Kendrick Lamar’s voice in my headphones. “Now THERE’s a voice I can nod my head to,” I thought. So I gave the song “Get Out of Your Own Way” a few more listens. Perhaps Kendrick heard something other than dollar signs in their affiliation that we just couldn’t hear. He writes in the form of spoken-word poetry, “Blessed are the arrogant / For there is the kingdom of their own company / Blessed are the superstars / For their magnificence in their light / We understand better our own insignificance / Blessed are the filthy rich / For you can only truly own what you give away / Like your pain.” I admittedly did not really understand what Kendrick was getting at here, so I took to Genius.com for answers. They claim he is citing the Beatitudes from the bible. However, the biblical version gives blessings to those that suffer and promises them comforts and salvation. Kendrick, with a knack for irony, uses these lines to shine a light on those who are rich and self-important that seek praise and blessings for things that don’t really make anyone an inherently good person. The wealthy and famous commonly extend a narrative about themselves that there is somehow virtue in being popular and rich; as if they are better people for having made a lot of money. At the end of a song where Bono seems to be telling a generation that we need to step up and “get out of [our] own way” in order to really be free, Kendrick citing Abraham Lincoln and calling upon stories of slaves and masters strikes me as perhaps coded shade from the millennial voice on the album.

Bono, a very wealthy and famous rock star who’s commonly characterized as out of touch, telling those less fortunate that the only thing in their way is themselves comes across as condescending and almost cruel. Is Bono truly virtuous, or are he and his mates addicted to an ever-waning limelight? Without knowing them personally, it can be hard to claim what any of these larger-than-life artists are like in reality. We, as consumers, can only take clues from their public personas, press quotes, and, of course, their album to paint some kind of coherent narrative.

To this listener, Bono and U2 take along on yet another victory lap for their decades of wealth and success, and the choice is mine to decide if their penchant for neoliberal philanthropy is actually coming from a genuine place of care. Call me cynical, but Songs of Experience comes across as the musical equivalent of the Pepsi commercial starring Kendall Jenner, where she stops violent riot cops by giving them a can of cola. Can we really expect to fight back against the powers that be armed with more vapid and tired protest songs with slogans brought to us by Apple and further watered down by a slew of corporate sponsors? Or is there some younger voice in rock ’n’ roll with far fewer followers than U2 who perhaps holds the key for our generation moving forward? My fear is that we will never get to hear that younger voice because U2 and their mainstream contemporaries are still quite busy sucking up all the light. Maybe it would be best if U2 got out of everyone else’s way and passed on the torch to younger artists with a relevant vision for the future of music and leftist politics. They could buy an island somewhere where there is no recording equipment or instruments and retire to a comfortable life of luxury. This would be a nice pat on the back for an accomplished career in music! Or maybe they could use their fortune to start a label of their own and discover new talent that fits in today’s cultural context. Anything, as long as they don’t make another godawful record. 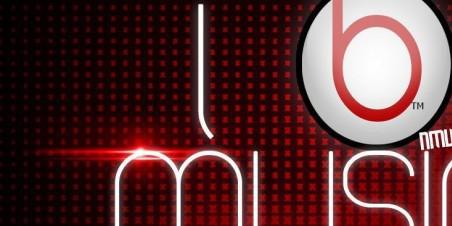 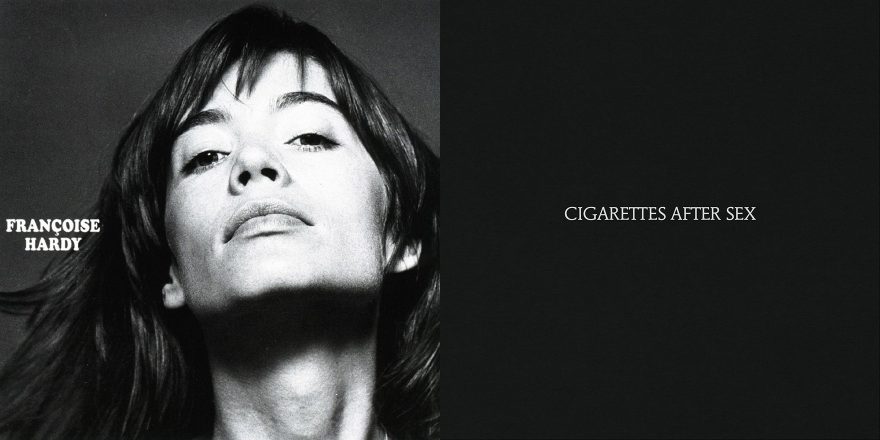 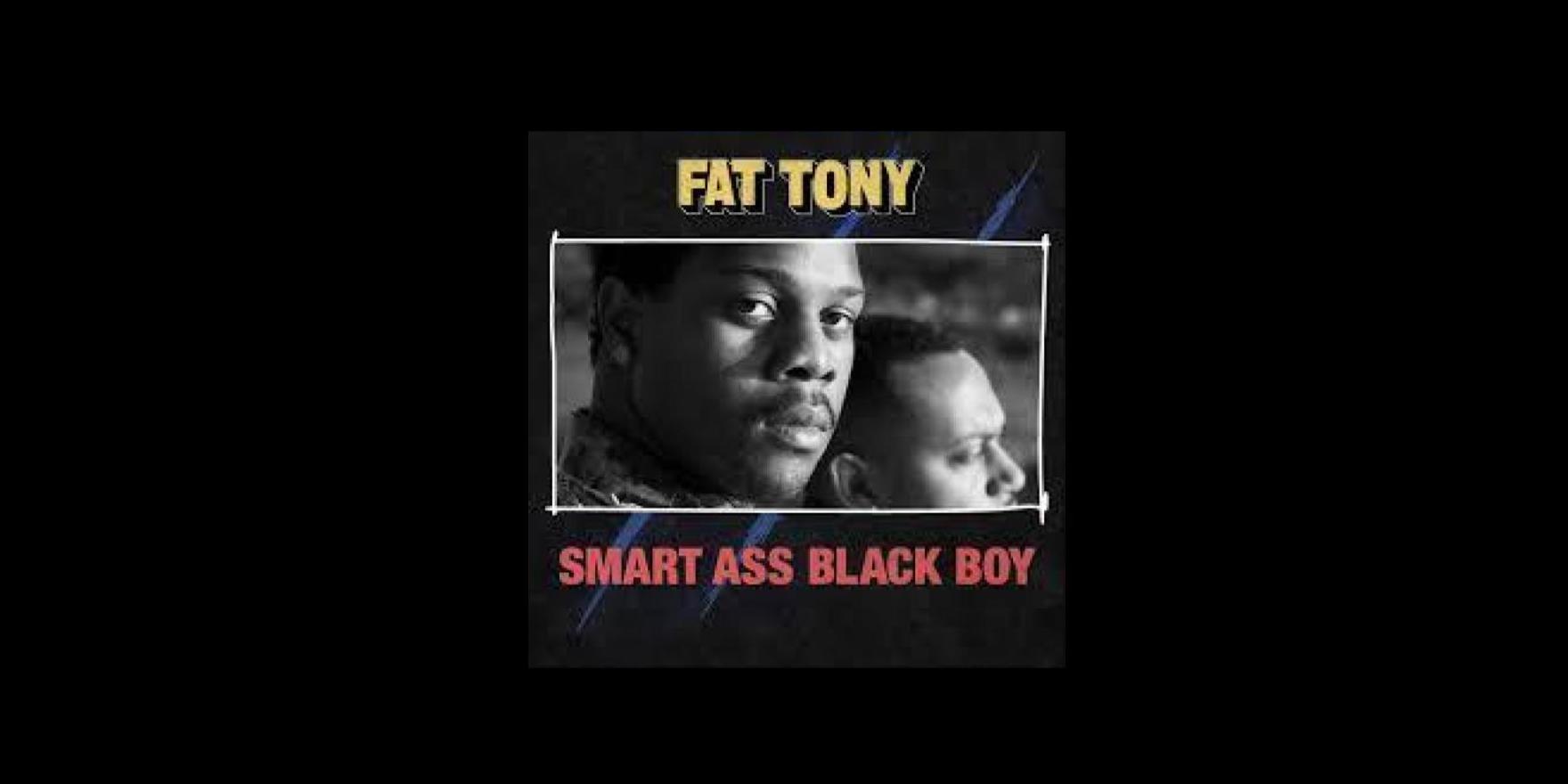