Clara’s Ghost is a profoundly heart-rending and downright perverse “haunt” film about motherhood, marriage, siblings, aging, show business, petty jealousy, runaway narcissism and (what looks like) an undiagnosed bout of depersonalization disorder – a stress-related condition where an individual begins perceiving the world with an out-of-body, loss-of-control detachment. Yet above all, it’s a comedy (cooked extremely dark) about a family of self-loathing jokers who are awful to each other on a Who’s Afraid of Virginia Woolf? level, yet still express vulnerability and love. The film is smartly written and directed by Bridey Elliott, who got her entire household to play funhouse-mirror versions of themselves. Under her assured, nervy leadership, they lay their characters bare with vicious skill and an inspiring lack of vanity.

The setting: Bridey (a lushly hard-edged performer) and her sister, Saturday Night Live alum Abby Elliott (expressive and coltish as ever) play Riley and Julie Reynolds, former tween sitcom stars who apparently didn’t make any money from residuals (or have already squandered it), so when we meet them as out-of-work actresses going on 30, they are both blithely self-absorbed yet desperately hustling for gigs and approval. The sisters maintain an uneasy alliance as they travel to their Gothic childhood home in the middle of an eerie Connecticut forest to visit their parents: Ted Reynolds, an insecure, ego-driven dad who was once a Must-See-TV star but is now on the skids, played by Chris Elliott (Cabin Boy icon, recently of Schitt’s Creek); and their mother Clara, played by Paula Niedert Elliott, the real-life wife of Chris and actual mother of Abby and Bridey. 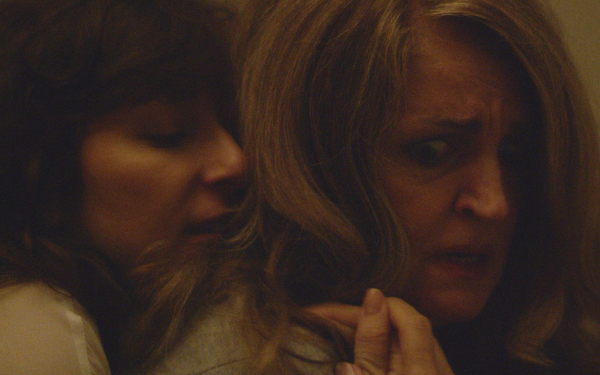 Clara is not in show business and neither, prior to this film, was Ms. Niedert Elliott, who gives a gorgeous debut performance as an earthy, relatable woman nearing 60, whom we immediately understand is suffocating under the needs of her brash husband and selfish daughters. But is Clara also nuts? Or, like Gena Rowlands’ Mabel in Cassavetes’ A Woman Under the Influence (another film made as a family affair), is Clara a friendless, vibrant older woman who has been denied a creative outlet? When we meet her, she’s already lost to frantic disorientation and self-doubt. Searching for human connection, Clara goes looking for a lost shoe, but her ever-arguing family and their kowtowing fans constantly dismiss her. The only person who speaks to Clara with emotional honesty is an unknown young lady in a long white dress who appears from time to time, but is seen only by Clara, because the woman is dead.

Or is she? Here’s where Clara’s Ghost displays its distinction. This film is a melancholy portrait of a fragile yet determined woman stepping out of society’s line and, simultaneously, a stinging satire of showbiz self-absorption. It’s also a bitter melodrama and creepy poltergeist story. It’s often all these things at once. And it’s funny. Imagine if Elaine May’s A New Leaf smoked hash with Birdman, but without the irritating drums and monotonous masculinity. Think Audrey Hepburn’s glamour-lady-in-trouble movie Wait Until Dark fused with B-movie docu-horror like John Irvin’s Ghost Story (no blood, simply hurting hearts). Add a tip-top touch of Marx Brothers, by way of Barbara Loden, and we start to get the idea. Or do we? The characters get loud, but this is not a noisy movie. The orderly cinematography is in a square aspect ratio, like an old Cagney picture or 16 mm home movies. This film goes down easy. It is almost a bit “under-produced,” like the early work of Claudia Weill or Alan J. Pakula. This hushed aesthetic is a secret weapon, helping you take the experience in its supple entirety, rather than overly focus on any one aspect. Such as when The Sixth Sense actor Haley Joel Osment turns up as Joe, the sweetest, loneliest pot dealer on the Eastern Seaboard, who naively submits then brutally succumbs to the Reynolds family’s booze-addled arrogance. The film gives Joe splendid moments of self-whipping comedy, including a queasy romantic clinch with Clara and the best (worst!) unfunny-guy-tries-to-tell-a-joke scene I can recall. 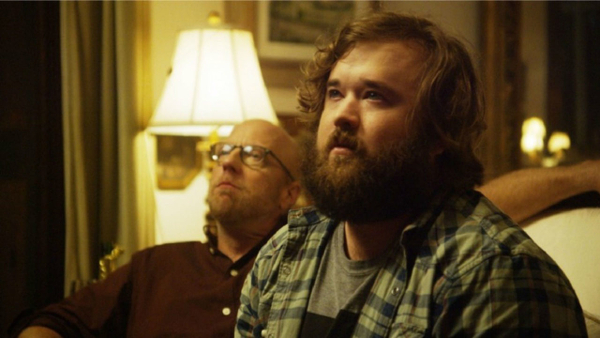 All this bustle from Osment, the lady ghost and the Elliott fam goes ultimately to support the monstrously Falstaffian performance of Chris Elliott. His Ted is an entitled, negging beast who is also deeply wounded and constantly sympathetic. You want to trip Ted down the stairs and punch him in the face, but also have a snuggle cuddle and laugh about your dreams. Ted is a fleshy, tempestuous brute who leads his fragmented family into knotty, nasty conditions that suddenly zigzag with spiteful abandon, but Chris Elliott’s meticulous timing and nuance show the astute core Ted uses to survive, plus his hidden reserves of affection. This clarity is particularly lovely in the scenes where Elliott’s Ted and Niedert Elliott’s Clara are together, which reverberate with a mysterious, unsettling wit. Like a reverse Astaire and Rogers (she gives him class, he gives her sex), they offer an absorbing portrait of a tender if distressing marriage that echoes far after the uncanny or lunatic parts of the story are over. 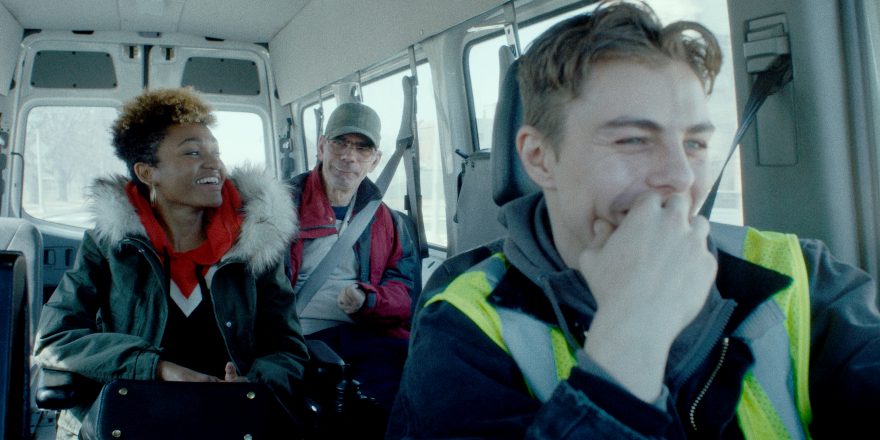 Underrated/Overlooked: Katherine Dieckmann on Give Me Liberty 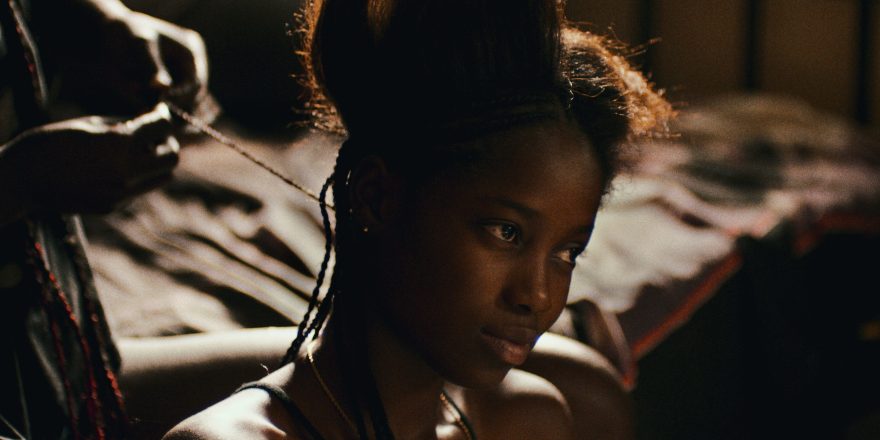