I had seen Rick Alverson’s Entertainment at a film festival in Vienna. It was the most exasperating, unentertaining, defiantly unpleasant, misanthropic, passive-aggressive film I’d ever seen. I loved it! I don’t think I ever saw a movie that so thoroughly thumbed its nose at the audience that came to see it, defying all audience expectations and daring the audience to keep watching it instead of “ankling it,” as they used to say in Variety. But I didn’t have much hope for any future works by Alverson. His obvious contempt for giving pleasure and for delivering on a paying audience’s expectations (nay, desire) is not a useful tactic in an art that costs, starting from several hundreds of thousands of dollars to several millions, to pursue. The minute I saw that The Mountain, his newest feature was playing, I rushed off to see it. Good thing, too. It didn’t last very long.

It’s a stunning movie, beautifully made, by a master, depressing as all get out (but strangely spirit-lifting, the way really Good Art can be, no matter how depressing the subject matter is). If the movie is about anything, it is about the continent-wide dreariness of America, a land of despair and frozen emotions, a bad dream from which no one can awake. The story is the least of it, but important nevertheless. Set in the fifties, The Mountain follows the man who was the foremost proponent of the frontal lobotomy and electro-shock treatments (Jeff Goldblum, in a surprisingly subdued performance) as he travels around the country with an assistant whom he’s sort of adopted (Tye Sheridan, who, with his hooded eyes, perfects a sullen hang-dog expression), performing freelance lobotomies at run-down mental institutions around the country. (In the interest of full disclosure, I wrote a script around 30 years ago, called The Lobotomist’s Daughter. I thought it was pretty good, but I couldn’t get to first base with it.) The movie is very formalistic, with mostly frontal and symmetrical framing. The camera rarely moves and when it does, it moves so slowly you feel that you’re hallucinating, The film is shot in Academy Standard ratio (4:3) and the set design is brilliant — stone-washed earth colors that look as if they’re fading as you’re watching them — even when the drapes, shirts and bedcovers are burgundy. It looks like a Wes Anderson movie on tranquilizers. But unlike Anderson’s exuberantly colored dollhouses or David Lynch’s movies, there’s never an attempt to go for the nostalgic “Oh, wow!”, I-gotta-have-that-lamp look. It’s all as dreary and as stomach-churning as what’s going on in the story. The story also flirts with, barely articulated, fathers searching for sons, sons searching for fathers, fathers betraying daughters, absent mothers — just like Alverson’s other films, Entertainment and the abysmal The Comedy, which seems to be the movie for the Trump era, with its obnoxiously facetious tongue-in-cheek attitudinizing, contempt, and disregard for everyone and everything — presciently made avant la lettre, before the rise and rise of Trump.

What’s so extraordinary about The Mountain is that it’s a quantum leap from his earlier films. There is a gravitas and sadness, a feeling of this-is-the-way-the-world-is, I-didn’t-make-it-this-way and, yes, a mastery to it that makes one think of Dreyer’s sound films. No, no! But he’s no Dreyer. Not yet.

Alverson presents a zombified America, being soothed to death by Perry Como singing “Home on the Range,” and those ubiquitous variety shows on television, while all of the viewers (mostly women, probably all poor) are unable to adjust to the subterraneanly troubled and troubling world, where Cold War anxieties and Eisenhower-era prosperity surrounds them. The rage beneath bubbles to the surface when a psychiatric practitioner invites Wally, the lobotomist, to his home, to have his daughter lobotomized. This is when the pot boils over, the id explodes. The unorthodox therapist is played by Denis Lavant (from Claire Denis’ Beau Travail, Leos Carax’s Holy Motors, as well as Les Amants du Pont-Neuf and practically all of Carax’s other movies) as an unleashed volcanic eruption, spewing incomprehensible remarks at manic speed, both in French and in English. He practically dynamites the film, taking it into another dimension of madness, the kind that doesn’t turn its face to the wall and die but acts out, in the real world. And provides a lot of over-the-top scenery chewing.

Young Andy (Sheridan), the lobotomist’s assistant, whose job is to document his boss’ work, and whose sexuality has been ambiguous — he dreams of and has fantasies about hermaphrodites, a red-herring that goes nowhere — surrenders his virginity to the mad shrink’s newly lobotomized daughter and falls in love with her. So far, so good.

And here’s where we come to the Spoiler Alert part, which I absolutely refuse to obey. First of all, no one remembers the so-called spoiler alert two seconds after they’ve read it. Secondly, if you think you will remember it, and you see the movie, let’s say, three months after you’ve been “alerted,” I will wager you a small fortune, or at least an expensive dinner, that you absolutely won’t remember it — you’ve been deprived of absolutely nothing — and, thirdly, if, if you’re going to the movies for the plot, don’t even bother reading about them before you see them. Everything is a dead giveaway. Anyway, for a really grand Spoiler Alert, try this on for size: “A ghost and a Prince meet/And everyone ends as mince meat.” Can you guess, or what? From the song, “That’s Entertainment,” from Vincente Minnelli’s The Band Wagon.” See if you can hang on to that one till your next return trip to Hamlet.

Wally, so irrationally furious at Andy’s sexual awakening and, finally, Andy’s dull, inarticulate perception of what the two of them are engaged in, decides to lobotomize him. Wrong, wrong, wrong! This is clearly a mechanical result, dreaming up a plot complication that Alverson and his two co-scriptwriters, Dustin Guy Defa and Colm O’Leary, couldn’t resolve and had to settle on to reach the finale of the movie — a lobotomized lovers’ trip to the Magic Mountain, Mount Shasta, a once-active volcano and a spiritually meaningful location to Native Americans.

When they reach the peak of Mount Shasta, which had been an aspirational destination throughout the movie, the transcendent ending, however, is achieved, despite the corkscrew machinations to get the characters there. Perhaps a minor kvetch, but with more than a modicum of validity. Let’s put it this way: Carl Theodor Dreyer didn’t have to resort to third-act melodramatic devices to get where he was going. To put it yet another way, Alverson has delivered a flawed, almost-masterpiece that could use a re-write. His next work is awaited, certainly by me, with great anticipation.

P.P.S. If you’ve loved any Woody Allen movie, and love Marriage Story, my advice to you is to stay away from this. 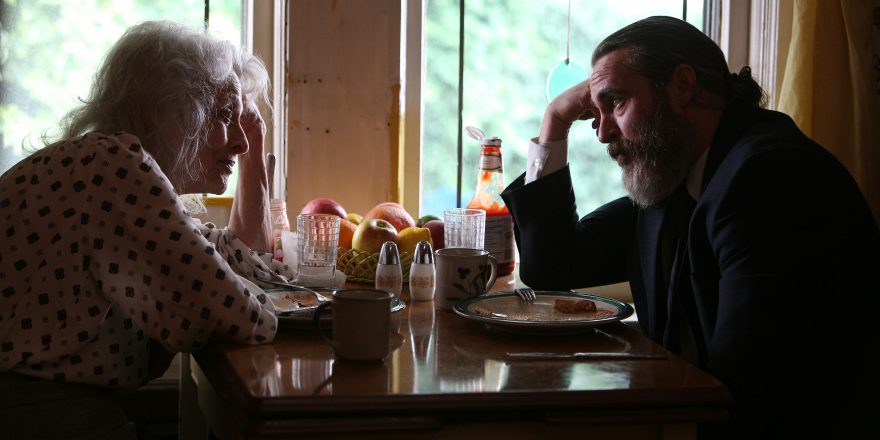 Ignore the Title, You Were Never Really Here is an Upsetting, Beautiful Masterpiece 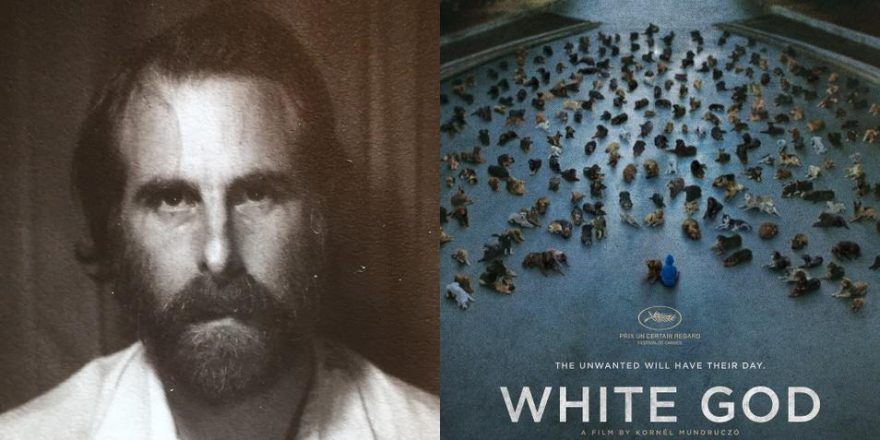